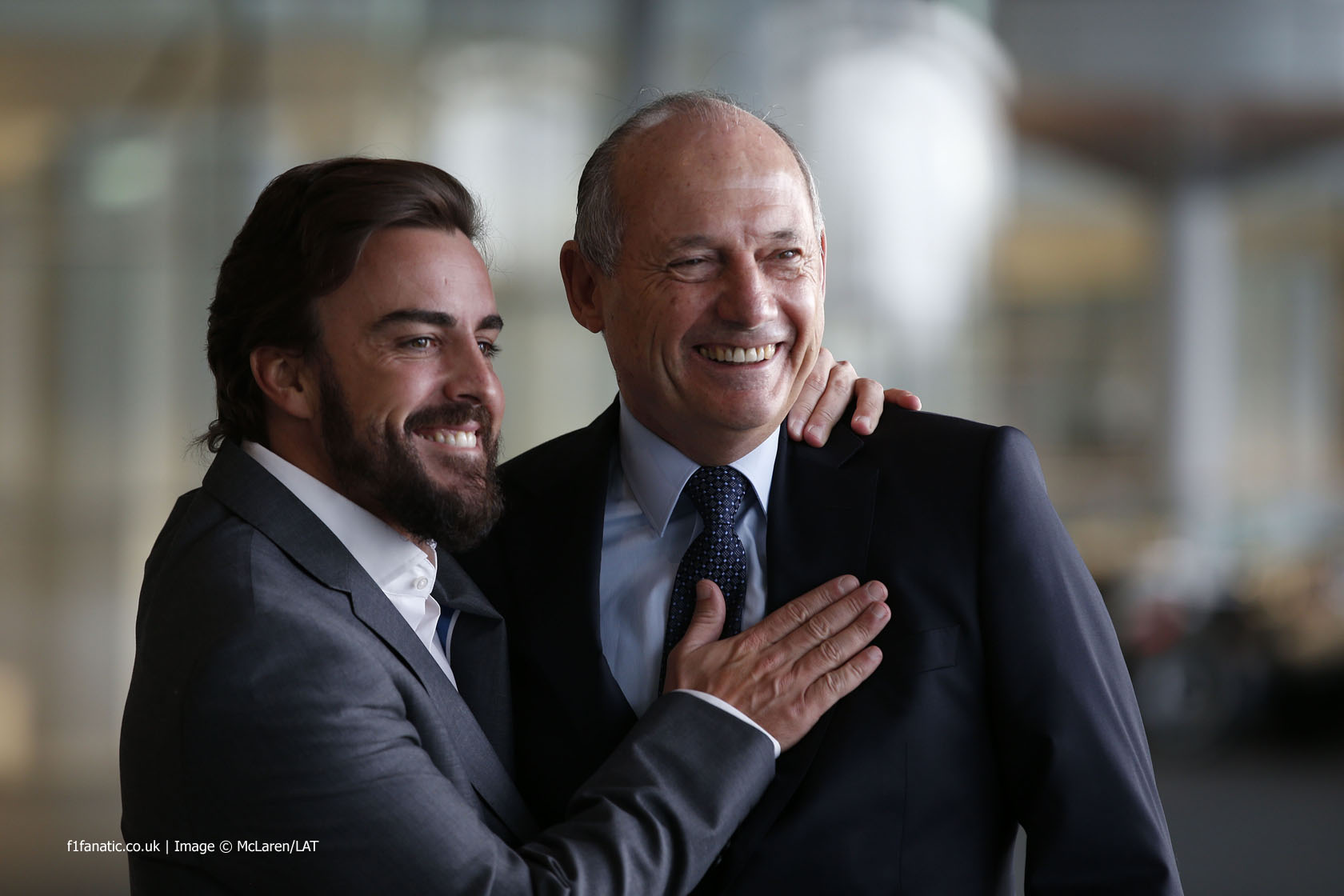 In the round-up: Ron Dennis denies Fernando Alonso could leave McLaren for Mercedes as early as next year.

"McLaren chairman Ron Dennis insists there is no possibility Fernando Alonso could join Mercedes for 2016 as a replacement for Lewis Hamilton."

Mercedes: Back to work and hungrier than ever (F1)

"There is a lot of novelty on this car, absolutely. We have found performance in a number of areas."

Lots of hype around the McLaren launch, new era etc, but lack of coverage in today's nationals shows how underwhelming it was. #F1

Good to hear Sauber promising to improve on 10th place this year. Impossible not to with only 9 teams.

It's clear from 2015 McLaren, Mercedes, Sauber and now Ferrari that #F1 has finally succeeded in devising rules to make every car identical.

Early flights this morning as the team heads out to Jerez. The start of the season is here!

#F1From the shape of the nose it looks like Red Bull brought the old car to #Jerez. AMuS: http://t.co/DRA937btpe pic.twitter.com/QP7f0JAGok

Is two wins too modest a target for Ferrari?

I’m actually happy to hear something like this from the new team principle. One of the things that has driven me mad the past few years is the lack of realistic expectations or honesty in any answer Domenicali, di Montezemolo or the team at large has given regarding the team’s performance since 2009. It was always the case of “we expect to fight for the championship, we expect to win loads, forza Ferrari!”. It was the same every year, regardless of previous performance. It made the upper management look either ridiculously entitled and arrogant or completely delusional. I suspect it was a bit of both.

I’m happy that Arrivabene has set a concrete target for his team. He’s not speaking of championships or how Ferrari should be winning because of their mystique or history. Compared to Ferrari pre-season statements in recent years two wins is a humble and modest target! Hopefully it reflects a change in the operation of Ferrari at the highest level, that does away with the arrogance and whining and just makes efforts to challenge their competitors. I still think it is a tough goal to meet, but I’ll be delighted if they do.
@Colossal-Squid

One-time grand prix winner Jo Bonnier was born 85 years ago today. He died in a crash during the 1972 Le Mans 24 Hours.