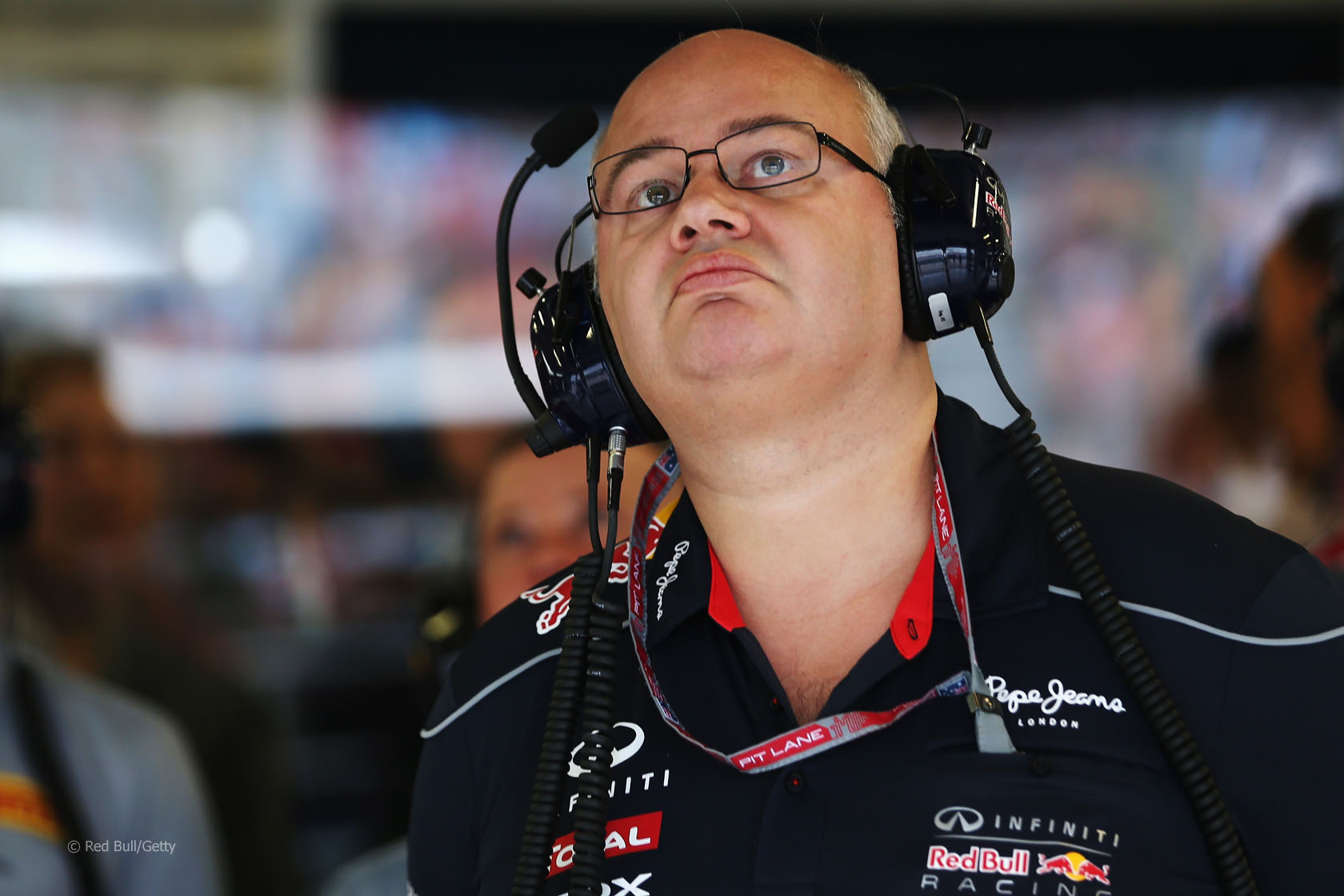 Red Bull has reorganised its technical staff as designer Adrian Newey has scaled back his activities with the F1 team this year.

Although Newey describes his role for 2015 as being only “slightly less hands-on than I have been previously”, he nonetheless admits the coming season is “the first year where I’ve been involved in other things as well as the design of the Formula One car”. New chief engineering officer Rob Marshall is part of a four-man team which faces the task of taking over the areas of responsibility formerly handle by the man regarded as Formula One’s best designer. Head of aerodynamics Dan Fallows, chief engineer for car Paul Monaghan and chief engineer for performance Pierre Wache will also have input.

“Going from chief designer to chief engineering officer has been a bit of a challenge,” explained Marshall. “Obviously Adrian’s stepped aside to a certain extent to make a bit more space for some of us to shuffle up and fill some of the void he’s left.”

“So it’s fallen upon me Paul, Pierre and Dan to fill in a little bit of the areas that Adrian’s moved on from and we’ve formed a technical group to basically make the decisions that he would have made in the past on his own for us. We’re kind of manning up and doing them ourselves.”

Another change for 2015 will see the team work more closely with engine supplier Renault, which is now providing engines only for Red Bull and sister team Toro Rosso, as they try to gain on Mercedes.

“The process working with Renault has changed a little bit,” said Marshall. “We’ve taken on more responsibility to help them with certain areas of the engine package.”

Marshall said the new RB11, which is due to run for the first time at Jerez tomorrow, is outwardly similar to its predecessor but differs greatly under the skin.

“Last year’s car was a very new car the regulations changes were very comprehensive. This year the areas are pretty minor, there’s some regulation changes that will affect the shape of the car that will be common to all the cars on the grid.”

“Beyond that most of the changes are under the skin a far as we’re concerned. We’ve identified the areas where we can make improvements and we’ve worked hard on those. So basically there will not be a great deal that’s visible to the naked eye but a lot of work’s gone on to those bits that are hidden.”

Marshall added the team hope to make “significant gains” on Mercedes, who comfortably beat them to the constructors’ championship in 2014, “We were firmly beaten last year, we know we need to improve on both sides.”

“The engine was clearly struggling a bit compared to Mercedes who did an excellent job. We hope to make a reasonable improvement, we’d like to close the gap by a tangible amount. If we can do enough with the engine and enough on the chassis side then hopefully we can compete and win some more races.”

68 comments on “Red Bull “manning up” for life after Newey”