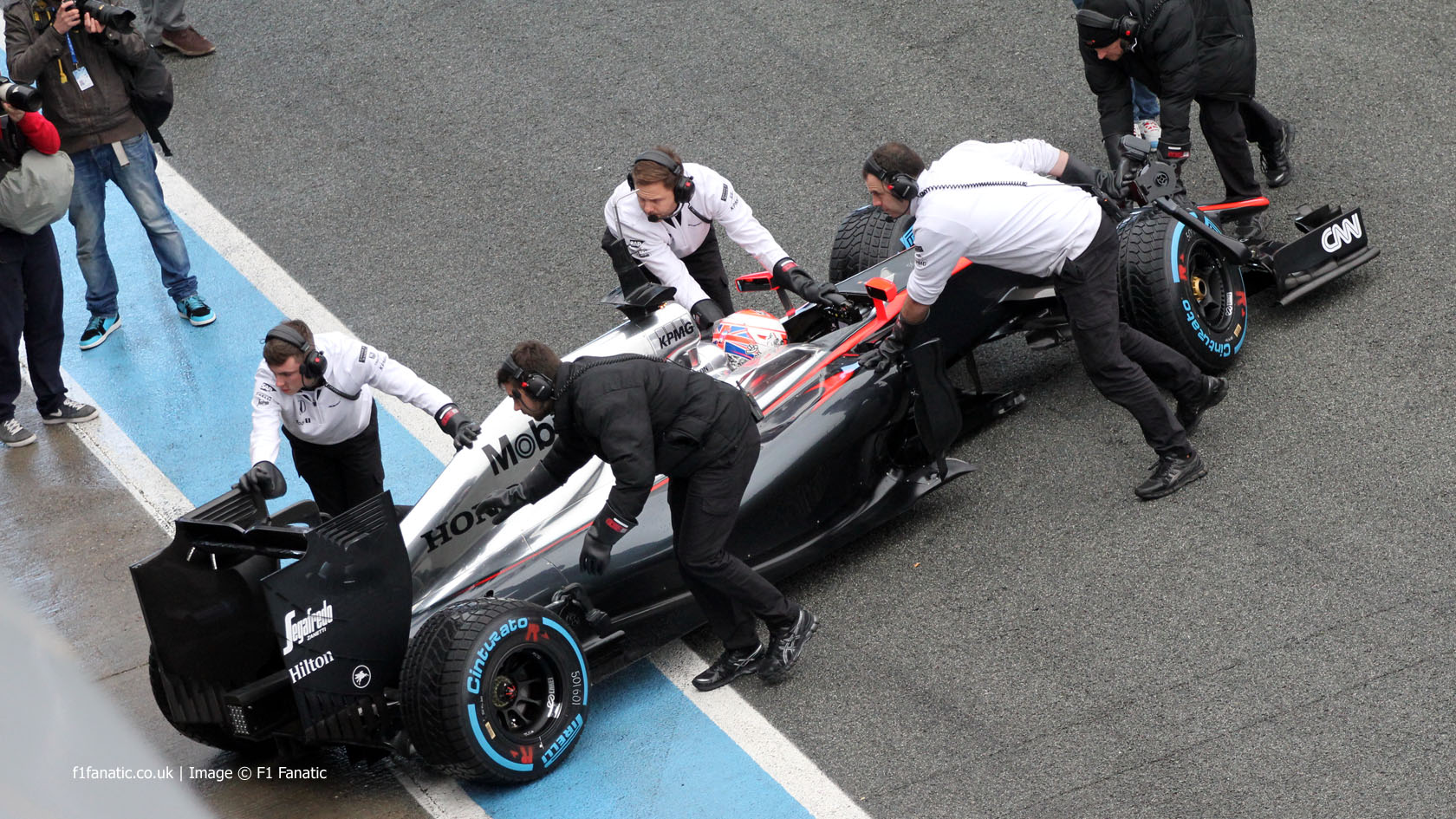 Jenson Button says that McLaren are confident of logging more laps in the second half of the Jerez test after the team identified the issue that has limited their running so far in the new MP4-30.

The McLaren-Honda has covered just 53 kilometres over the first two days of the opening pre-season test at Jerez, but Button insists the team have figured out the cause of the issues after a late final run confirmed their suspicions, but did not disclose what the problem was.

“Obviously it’s not the easiest start to the season, but as we know, it’s a very complicated power unit,” says Button. “We will get our heads around it. We understand the issue today and that’s what the last run of the day in the wet was for, to really understand it, and we do, so that’s good.

“The important thing is for us to get our heads down and work through all of the systems checks over the next few days. We’re not going to be setting the world alight with laptimes or laps on the circuit, but hopefully we’ll get to the first race and be competitive.”

But with the team focused on systems checks on their new challenger, Button admits the team is in the dark about their performance relative to their rivals.

“We don’t know where we stand right now,” Button says. “In terms of understanding our performance, we’re still at zero. Hopefully the weather’s good tomorrow and Fernando can get some good running in the car and we can get some good information.

“To be fair, Red Bull drove around without a front wing all day, so I don’t think they really gained any experience on us,” Button joked.

Despite a difficult start to the pre-season, Button believes the team are in no worse a position than they expected to be at this stage.

“The atmosphere in the team is very good. And when I say ‘team’, I mean ‘McLaren-Honda’. That is key for everyone to remember – that it’s not ‘McLaren with an engine manufacturer’, it’s one team, one goal.

“I feel like a kid again, getting in the car. It’s more because of what I have underneath me, in terms of how good a job the guys have done with the car and working with Honda again.”