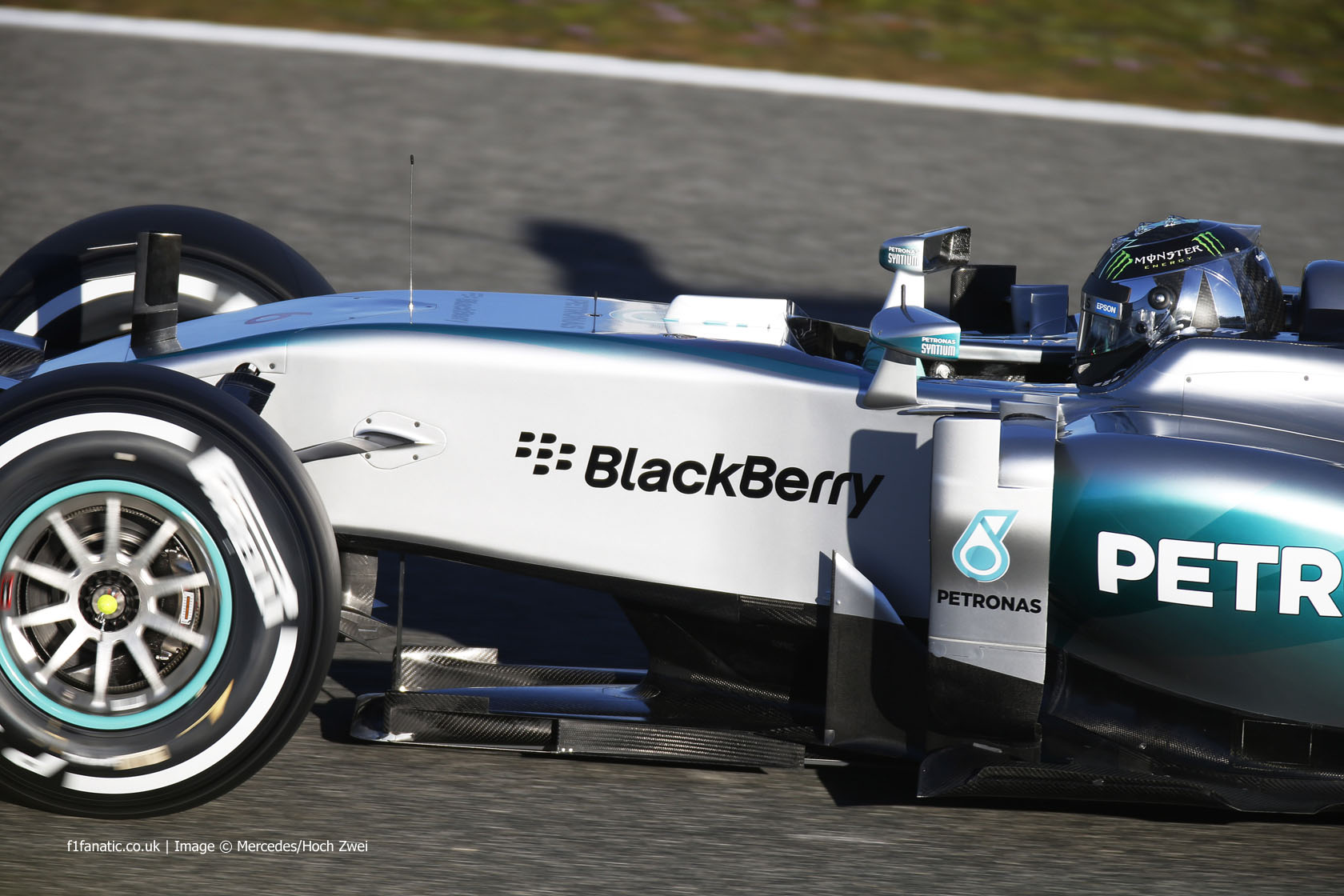 After losing out on the championship at the final race last year, Nico Rosberg says he is aiming to become an even better driver as he targets his first world title this season.

Following a highly productive opening day of testing in Jerez where the German logged over two race distances in the new W06, Rosberg says he’s feeling positive about his team’s new car.

“All I can say is that I have a good feeling about the car,” says Rosberg. “There’s no reason or no numbers behind it, it’s just a good feeling. It’s been a reliable day, no major problems. The car balance feels decent.”

During an enthralling season-long battle with Lewis Hamilton last year, Rosberg lost out after his team mate secured six more victories than him. This year, Rosberg says he’s determined to become a more formidable challenger.

“I want to become an even better driver this year. That’s my aim and my personal challenge,” says Rosberg.

“It started at the first moment after Abu Dhabi last year – which is why I did the test immediately after the race, to try and learn some things.

“I even learned some things from my training over the winter. For example, my breathing in the race car is something I worked on. When we go through fast corners, we hold our breath because with the g-forces, you can’t really breathe properly. So I worked on that a little bit over the winter.”

Despite losing out on the championship on the very last day of the season last year, Rosberg says it didn’t take him long to put the disappointment behind him.

“With sporting success, the emotion is always very short-lived. And last year, that was very fortunate for me, because it meant my life got back to normal very quickly. I can honestly say I had that same feeling of well-being being back at home within one or two days.”

“It’s the way it is with sport. They give you these extreme highs, but they don’t last very long. And then it’s back focusing on finding the next one.”

9 comments on “Rosberg determined to improve ahead of new season”