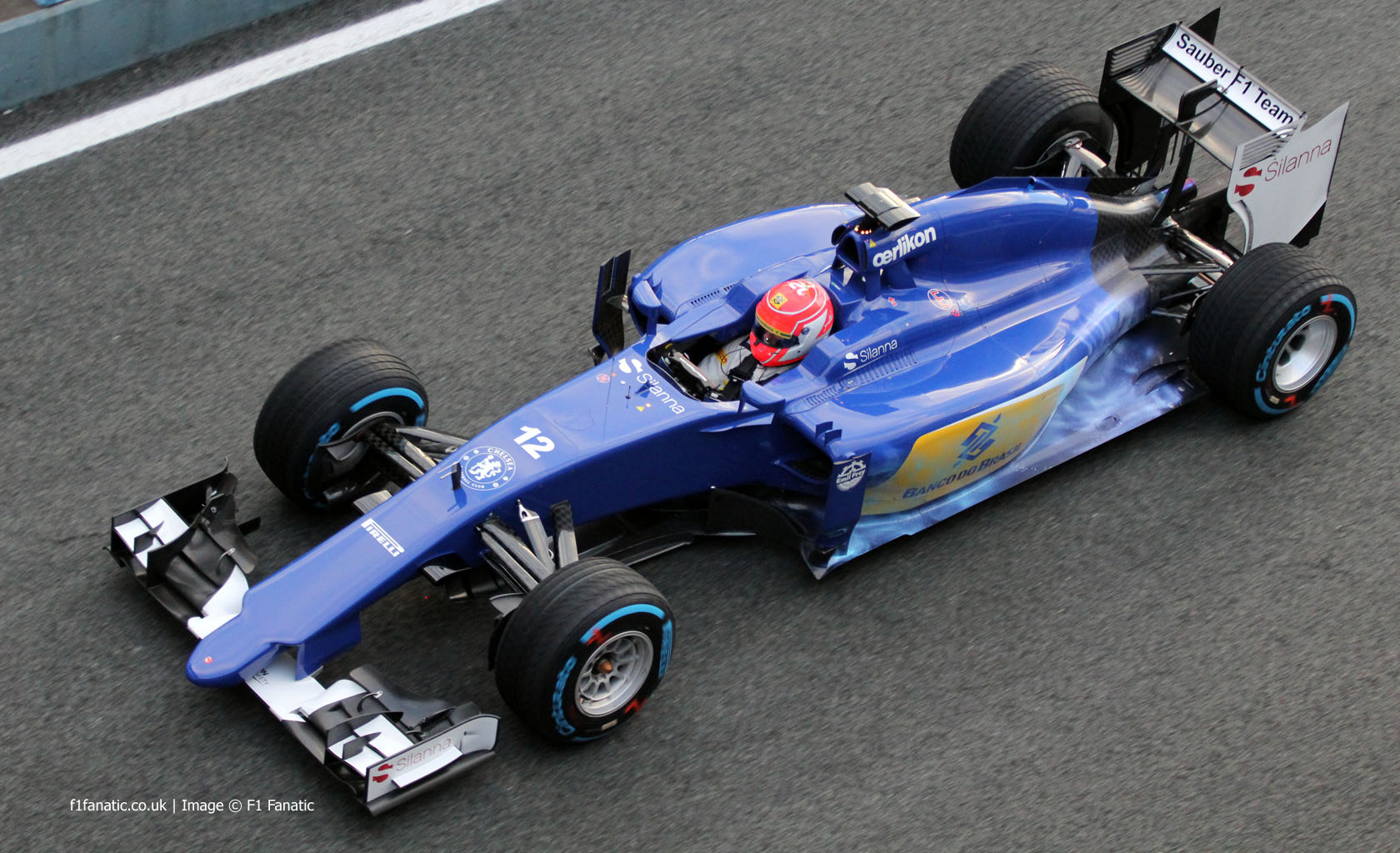 Despite clocking the quickest time of the third day of the Jerez test, Felipe Nasr remains cautious about his new team’s chances ahead of the 2015 season.

After completing 197 laps over two days, Nasr feels he has learnt much about his team’s new car.

“I think we still have some margin on the car to improve,” said Nasr.

“In general, it was good. To be honest, I don’t think we’re going to be leading sessions in this car in all situations. Nevertheless, it’s good to finish first.”

With Sauber topping the session after setting the second-fastest time on the opening two days, Nasr believes the C34 has potential but is weary of the opposition.

“I wouldn’t say it was maximum performance [today], but there were some decent runs on the soft tyre,” he explained. “So far it seems a good beginning for the team and for myself to know more or less where we are.”

“I think the Mercedes-powered cars are hiding what they can do. It didn’t seem as though they were running 100-per-cent of what they could do.”

Despite ending the day with the honor of setting the quickest time, Nasr suffered an early spin that put him in the gravel at turn nine, temporarily halting the team’s programme.

“There was a wet patch on the very exit and I touched it and I just went off,” he says.

“I think I was the only one to drive on dry tyres at that time. It was purely for me to see how much you need to crossover to slick tyres. It’s something that I have to try now, because I don’t want to have to find out during a race, so it was the right time to do it.”

10 comments on “Nasr happy but cautious after topping times”