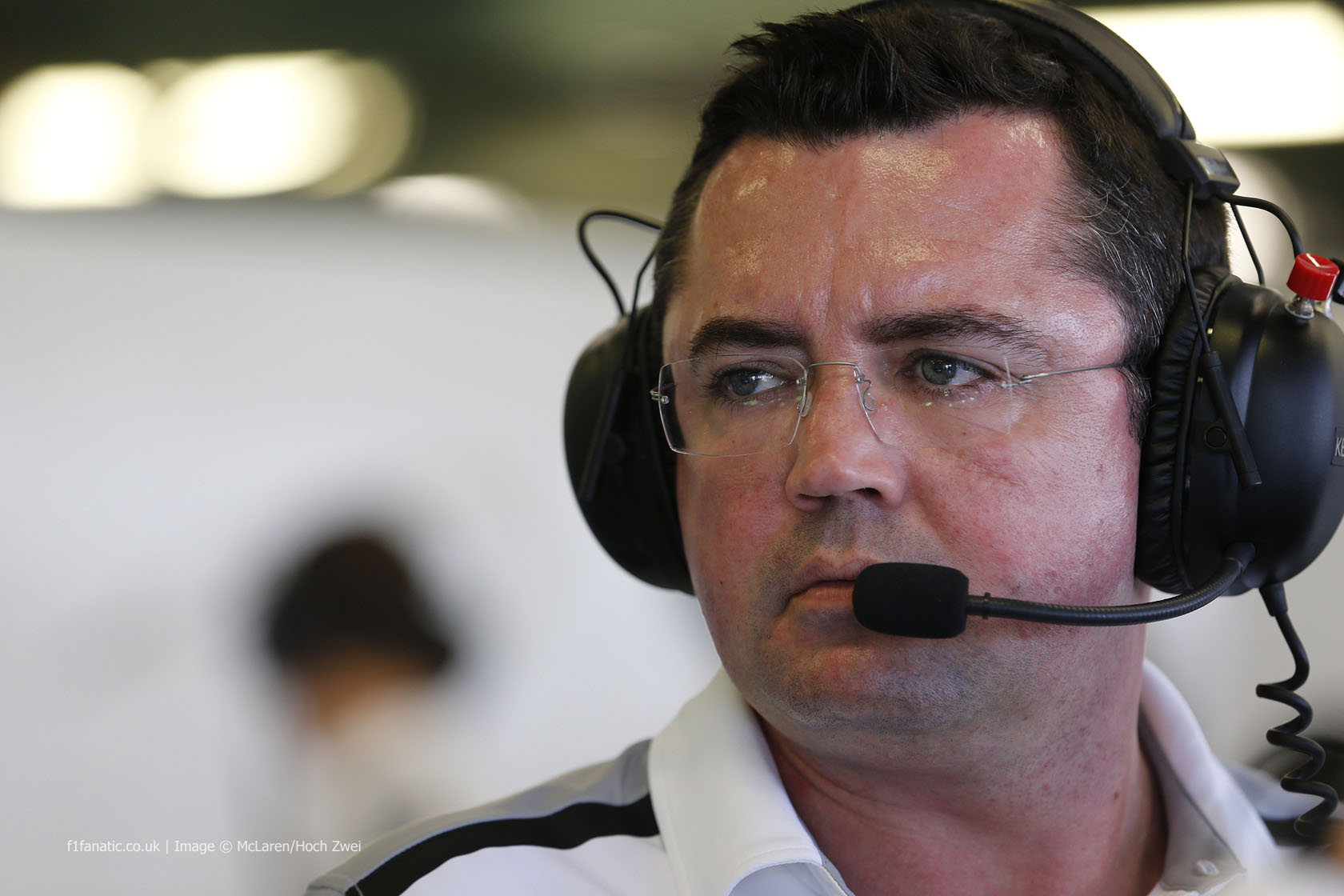 McLaren racing director Eric Boullier is pleased the team’s radical car has achieved some running but admits their limited mileage will make it harder to catch their rivals.

Speaking at the end of the third day of testing – after which the team had covered a total of 44 laps at Jerez – Boullier said it may take time for the team to become truly competitive.

“With a new engine supplier, the less we run, the more difficult its going to be to catch up,” he said.

“Later, we will be ready to compete competitively. Every time we can’t achieve all the targets in terms of mileage, or development, we push back the date where we’ll be able to exploit 100 percent of the car.”

After logging just 194 kilometers in the first three days, Boullier gave a frank assessment of the team’s lap count so far: “Not enough. But it’s better than nothing.”

Despite the issues, Boullier believes there is plenty for the team to feel positive about with the new Honda-powered MP4-30.

“Operationally we’ve covered everything we wanted, says Boullier. “We have no design or conceptual issues with the car, everything is working fine. Fernando [Alonso] said the car is reacting well, the car is very stable.”

The new McLaren has drawn plenty of attention for its compact rear end. It’s this, Boullier feels, that is the most impressive aspect of their new challenger.

“You can see for yourself, the back end of the car is quite amazing,” says Boullier. “The car is very, very small at the rear.” “Honda have worked very hard with McLaren to make sure that we can design such a car. Mobil have taken a very interested involvement in this and thanks to them we can push the limits of cooling and we can run hotter engines, which means smaller radiators, smaller cooling system.

“Everything is going into achieving a tinier car. Our car is very, very extreme in terms of how small it is and this is why it was a relief to see the car running [yesterday] with no cooling issues because that was one of the main concerns.”

Asked whether the team’s fortunes during the opening test mirrored that of Red Bull’s last year, Boullier remained cautious.

“It would be a good achievement if we could finish second in the championship like they did last year, but I don’t think we can make any comparisons like that this early.”