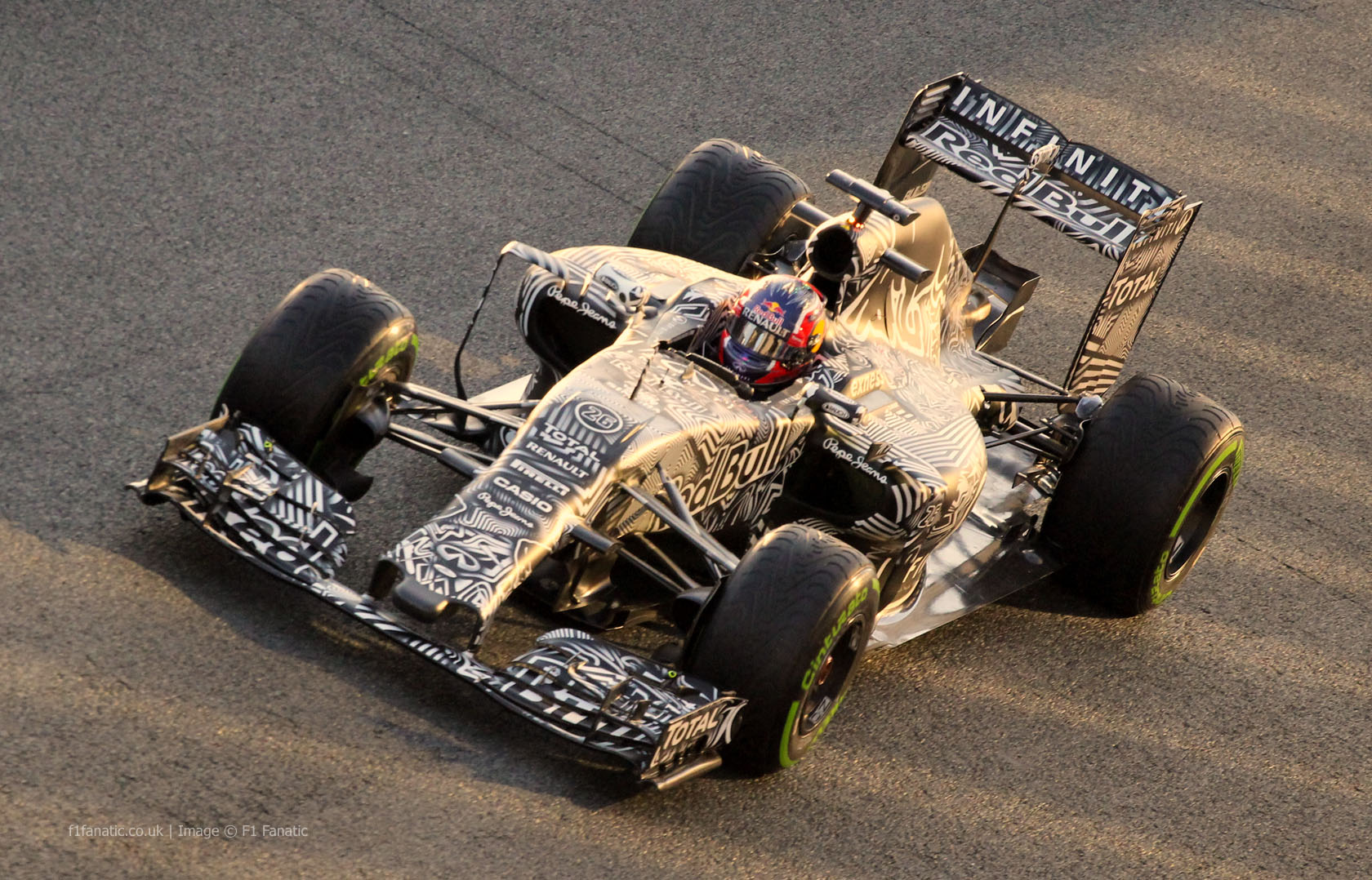 Daniil Kvyat declared himself ‘quite happy’ after Red Bull ended the Jerez test with their highest day’s mileage so far.

Red Bull has covered the lowest amount of laps of any team at the first test bar McLaren, but Kvyat feels vital progress has been made.

“Every lap counts, every lap is important, he said. “I think it was our most productive day of this test.”

Kvyat, who will make his Red Bull debut in Melbourne, drove almost a full race distance in the new RB11 on Wednesday.

“We had a little limitation this morning but we overcame it and we managed to have a pretty clean afternoon, so I’m quite happy about today’s progress for the team and for myself,” he said.

“It’s good for us to have all the data from all the laps that we achieved today, we have plenty of things to analyse and understand. Every lap counts and from every lap you can pick up something that can help in the future.”

A problem with Renault’s power unit has forced Red Bull to limit their longer runs during the first test, bringing uncomfortable memories of the team’s pre-season trouble last year.

“Problems are always problems and you just have to sort them out,” said Kvyat. “Everyone is supporting each other. I personally trust in Renault, I trust in Red Bull Racing. We’ll hopefully make good use of it.”

Red Bull recovered from their 2014 setback but Kvyat is not making any predictions about their chances for the season ahead.

“It’s too early to make any conclusion,” he said. “We will see. We know where we want to be and where we need to be and we will keep working on.

“It’s not easy to cut the deficit to zero in just a clap of hands, we just have to work hard. Only hard work, step by step, and patience will bring us what we desire.”