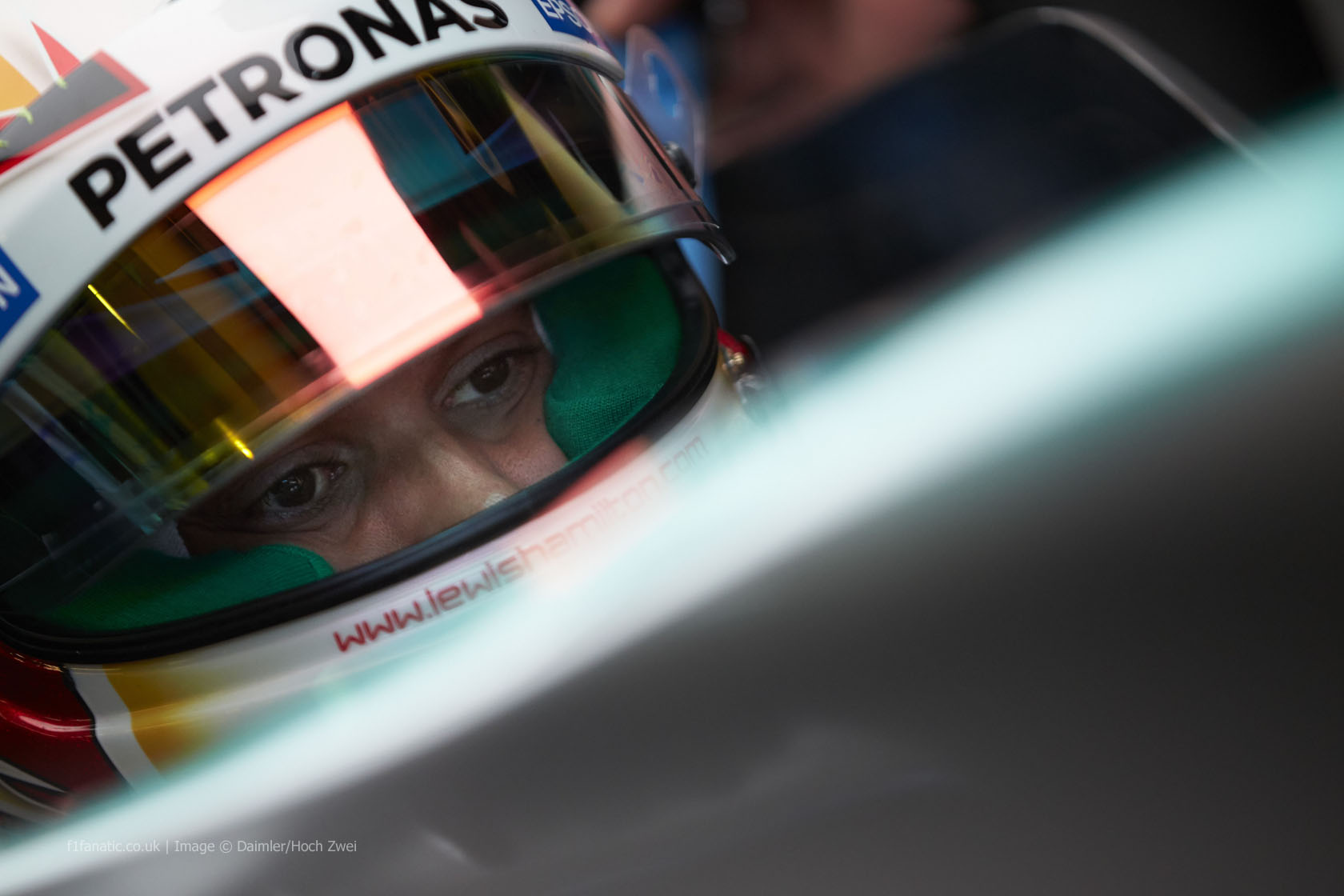 In the round-up: Mercedes executive director Toto Wolff hopes to sign a new contract with Lewis Hamilton before the 2015 season begins next month.

"We should aim to finish the discussions before the start of the season."

Daniel Ricciardo: "We expect nothing less from Mercedes to be honest, but Ferrari looked like they came out pretty strong."

Bob Fernley: "As you know we've recently started working with Toyota's wind tunnel at their facility in Cologne. However, the Toyota people had agreements with Caterham, and quite rightly until they could resolve their Caterham issues we could not move in with our contract. We didn't get the go-ahead until early December, so we were behind schedule before we had even started."

"We are ready for the challenge and we will have success. Because history shows that Honda always succeeds and the Honda-McLaren partnership in the '80s is something that we intend to reproduce."

"A hold-up with the announcement of Formula One's next broadcast rights means V8 Supercars will not be racing for championship points at next month's Australian Grand Prix."

Korea’s Formula 1 dream coming to an end? (The Korea Herald)

"The organising committee of the Formula 1 Korean Grand Prix recently decided to disband after the Federation Internationale de l’Automobile dropped the Korean race from its calendar. "

Honda's diverse racing spirit (The Way It Is)

"Whatever you may think of Dennis, he's a racer through and through who knows how to play the game of Formula 1 as well as anybody as long as his ego doesn't get in the way."

Why F1 should keep its fuel limit (Autosport - subscription required)

"Many sponsors won't touch grand prix racing with a bargepole. While there are many reasons why not, one of them is environmental concerns." Past McLaren-Hondas at a press conference in Tokyo yesterday.

Drivers confirmed for Barcelona test: @JensonButton jumps in the MP4-30 for days 1 & 2, followed by @alo_oficial for 3 & 4. #McLarenHonda

Qatar for Grand Prix in 2016? Series of never ending corners with no overtaking linked by one huge long straight – it doesn't get any worse!

Who are the best drivers outside #F1? Poll closing soon: http://t.co/UUd9dJlQ3w pic.twitter.com/wackolG1QV

In the ongoing F1-versus-WEC debate, @TheBladeRunner puts he case for F1’s enduring appeal:

Putting the cost to one side, and I appreciate that it is a significant factor, I’m not sure how WEC can be seen as a mass-appeal, genuine alternative to F1. I have enough of a struggle finding the time to watch qualifying on a Saturday and the actual grand prix on the Sunday (although I always manage it!) Committing to six-hours-plus of WEC is nigh-on impossible for most people unless they really fancy divorce papers with their breakfast or want to miss witnessing their kids grow up. I know many people record WEC and watch it back at a convenient point. For me that kills the excitement that you can really only get from watching a race “live”.

It’s good that people can get their kicks from alternative motor sport. I enjoy Moto GP as much as (and sometimes more than) F1. That doesn’t make any of them a viable alternative to it.

F1 is certainly far from perfect at the moment, predominantly due to what happens off-track. In its current state though it is still consistently better and generally more accessible than almost any other four-wheeled motorsport and infinitely better than (God forbid) no F1 at all.
@TheBladeRunner