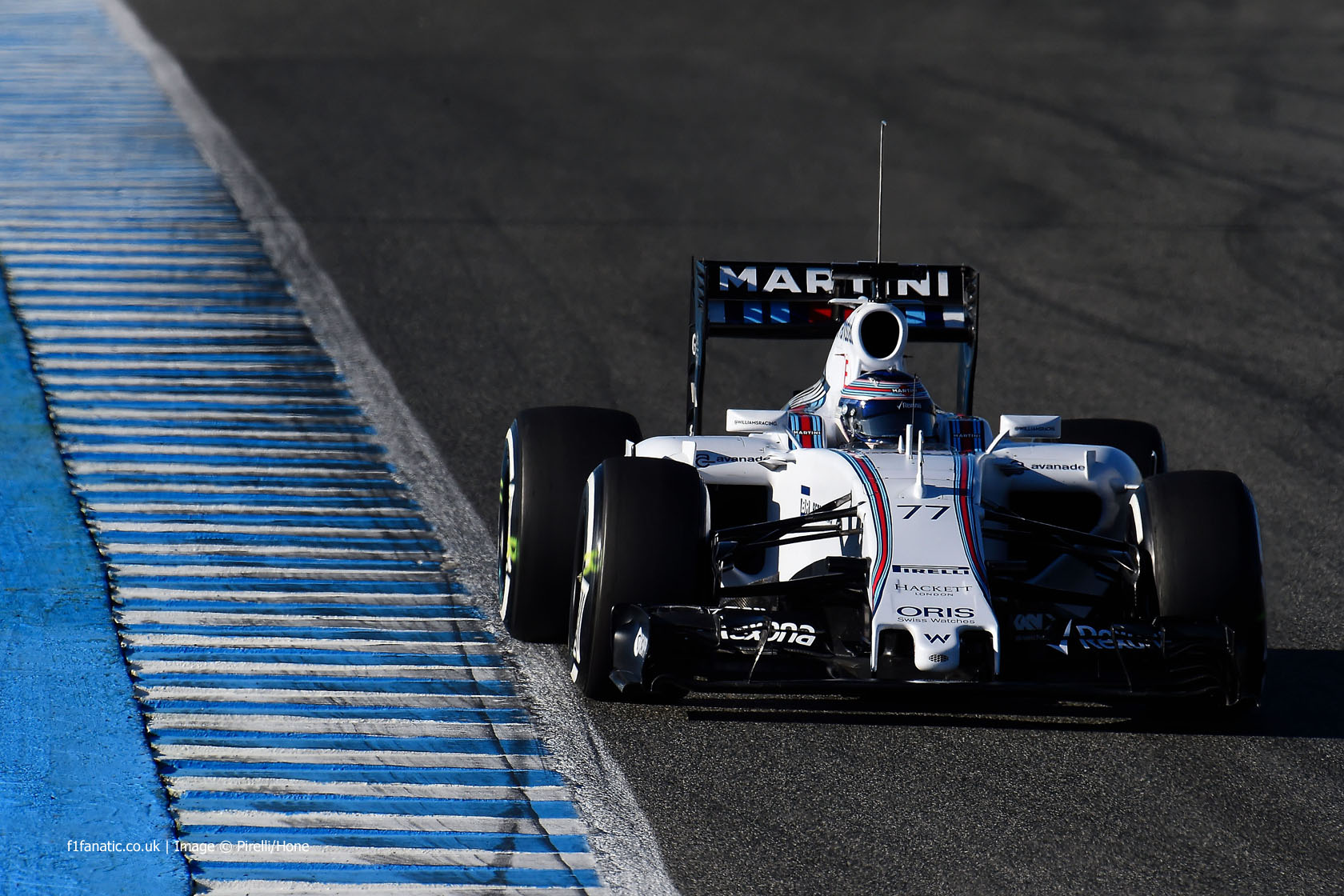 In the round-up: Valtteri Bottas says the new Williams FW37 is much like its predecessor.

"There are no massive differences (with the car) to last year, but a lot of positives."

"They will find new ways to spend money that you wouldn’t even believe. So the actual cost constraint has to be exercised by the senior management of a Formula 1 team."

"If you look at what title sponsorship would normally be, it would be somewhere between 40-50 per cent of your budget. Where the budgets are for a competitive team, no company will come in and give you that kind of money."

"They said ‘Look, to be honest with you we haven’t got any opportunities in the next two years’, so I said ‘OK, do you mind if I look elsewhere?’ And they said ‘No, of course, we can’t stop you’."

"Now they risk a dip in performance if they are forced to go back to earlier parts. While mileage on older equipment could be used up on Fridays, juggling the elements around still presents a challenge, especially now drivers only have access to four power units before penalties kick in." IndyCar tested at the NOLA Motorsport Park, a new venue for its 2015 season, earlier this week. Among those running were ex-GP2 driver Luca Filippi (above) and Simon Pagenaud following his switch to Penske (below).

How large a part of F1’s lost audience are now watching it on illegal streams?

The 2010 F1 season was the last on free-to-air TV in my country. I haven’t watched a single race on TV since then, but I did stream.

I think that’s what’s happening to some extent. Not all people can be bothered with streaming and all that goes with it, but I would bet that half of those ‘lost’ viewers are still watching, but not the way Bernie intended them to.

TV in the current format is an obsolete medium. And the fact that FOM is acting as if it isn’t won’t help with those viewing figures either.

So in one sense, F1 itself isn’t any worse than it was six years ago. It isn’t necessarily losing viewers due to being worse or less interesting or whatever, but I think the biggest worry is that it isn’t attracting any new ones either.

I’m a hard core fan, but I started watching F1 by seeing it on a TV at my friend’s house while we were doing something else, playing on a floor with Lego or whatever. Then he told me how he once saw some cool race, and so I decided to watch it the next time I caught it at home. And from there I went on to become a fan.

Today, I don’t know how anyone can become a fan when you’d need to be a hard core one in the first place to even think about shelling the amount of money they are asking for the pay channels.
Biggsy

Maurice Trintignant, who scored both his world championship victories in the Monaco Grand Prix, died ten years ago today at the age of 87.