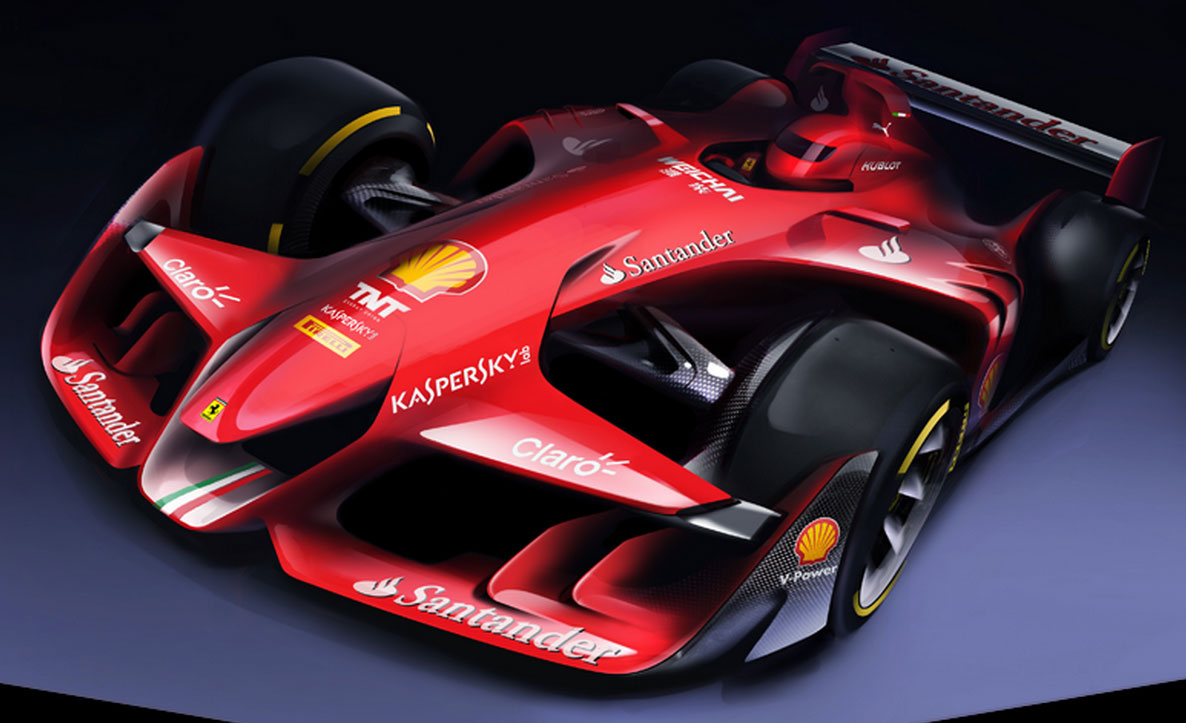 Ferrari has revealed a striking vision for how the future of Formula One car design could look. The Ferrari F1 Concept was created by their Centro Stile Ferrari design studio.

The team say the design was born of a desire to “come up with an F1 car which not only is technologically advanced but also captivating to the eye and aggressive-looking”.

“Could this be made without having to overturn the current technical rules? At Ferrari, we believe so.”

“Minimal changes give the car a look that is way different from what have been familiar with so far,” they added. “Our challenge was to create something that was – to put it short – better looking.”

The team’s ‘F1 Concept’ shows a car with a twin-deck front wing and bodywork sculpted around the front and rear wheels.

The car is shown on low profile wheels similar to those tested by Pirelli last season.