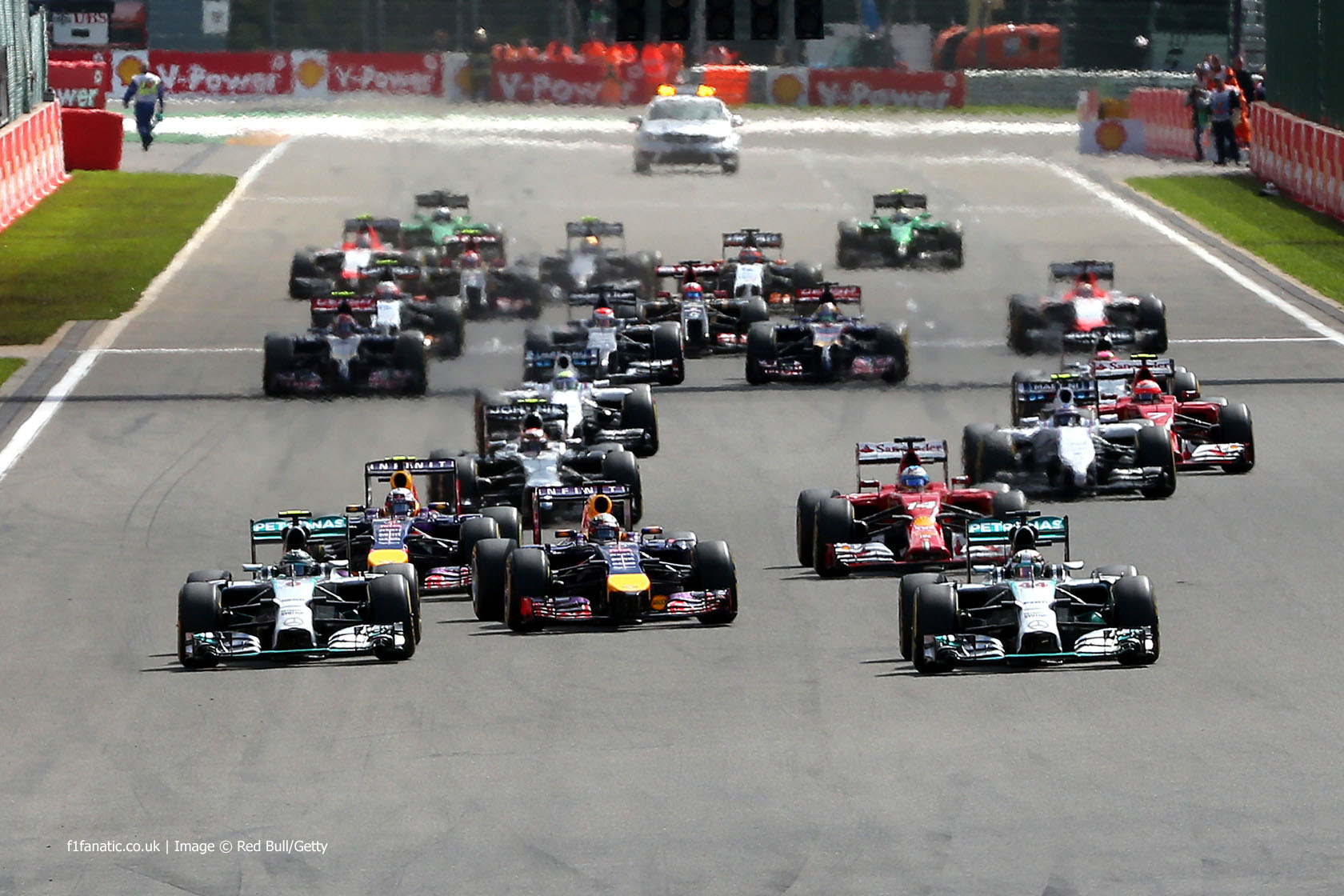 In the round-up: Plans to radically overhaul F1 car design have been delayed until at least 2017.

Formula One's rules revolution will have to wait (Reuters)

"Although there was no formal statement issued, sources said the FIA's Formula One Commission had rejected a proposal to change the regulations and allow cars with wider tyres and different bodywork for the 2016 season."

"Another interesting feature at the front of the MP4-30 are the brake ducts (see circled area), which utilise an unusual shape in order to improve cooling efficiency - something that could be an important factor this year as the cars are expected to be faster than in 2014."

"A banker who was accused of stealing a £2,000 replica Formula 1 steering wheel from Mercedes-Benz World at Brooklands has been cleared after magistrates agreed he was exposed to a 'cruel prank'."

A Korean Auto-Racing Debacle, but Hope Around the Bend (The New York Times)

"Both the location and the dearth of South Korean racing fans were cited by Parliament in its early warnings about the project."

Thanks to Chris for the tip

So that's where Ferrari got its rear bodywork design from… @IndyCar @RyanHunterReay http://t.co/61dXcNk6cu #F1 pic.twitter.com/E2nt8wzaau

Must stop driving the wrong way!! 😉 “@McLarenF1: Hitching a ride with @JensonButton. Hold on to your hats, folks. pic.twitter.com/IG5S3onYG5”

Just chillin in this beauty.. MP4-6 #V12 Thanks Masakazu Miyata san for the pics pic.twitter.com/HWXYzq33bW

How realistic is Ferrari’s F1 Concept?

The only way F1 cars would ever look like that is by either:

A. Mandating a blueprint design which would equate to a spec series, or:

B. Banning anyone with aerodynamic qualifications, mandating a graphic designer as lead engineer and introducing a Formula E style fan boost that only the hellaflush crowd can vote on.

This is Ferrari trying to drum up public enthusiasm for political purposes. They want radical rules introducing again because they have to figure rolling the dice enough times on technical rules will work in their favour.
Philip (@Philipgb) From this year IndyCar teams will be permitted to conduct a limited amount of aerodynamic development on their Dallara chassis, which they have previously used in a standard specification. Engine supplier Chevrolet was the first to reveal their aero kit for the 2015 season yesterday.

Happy birthday to _Ben_ and Mike!

Enzo Ferrari, who founded Formula One’s most iconic team, was born on this day in 1898.