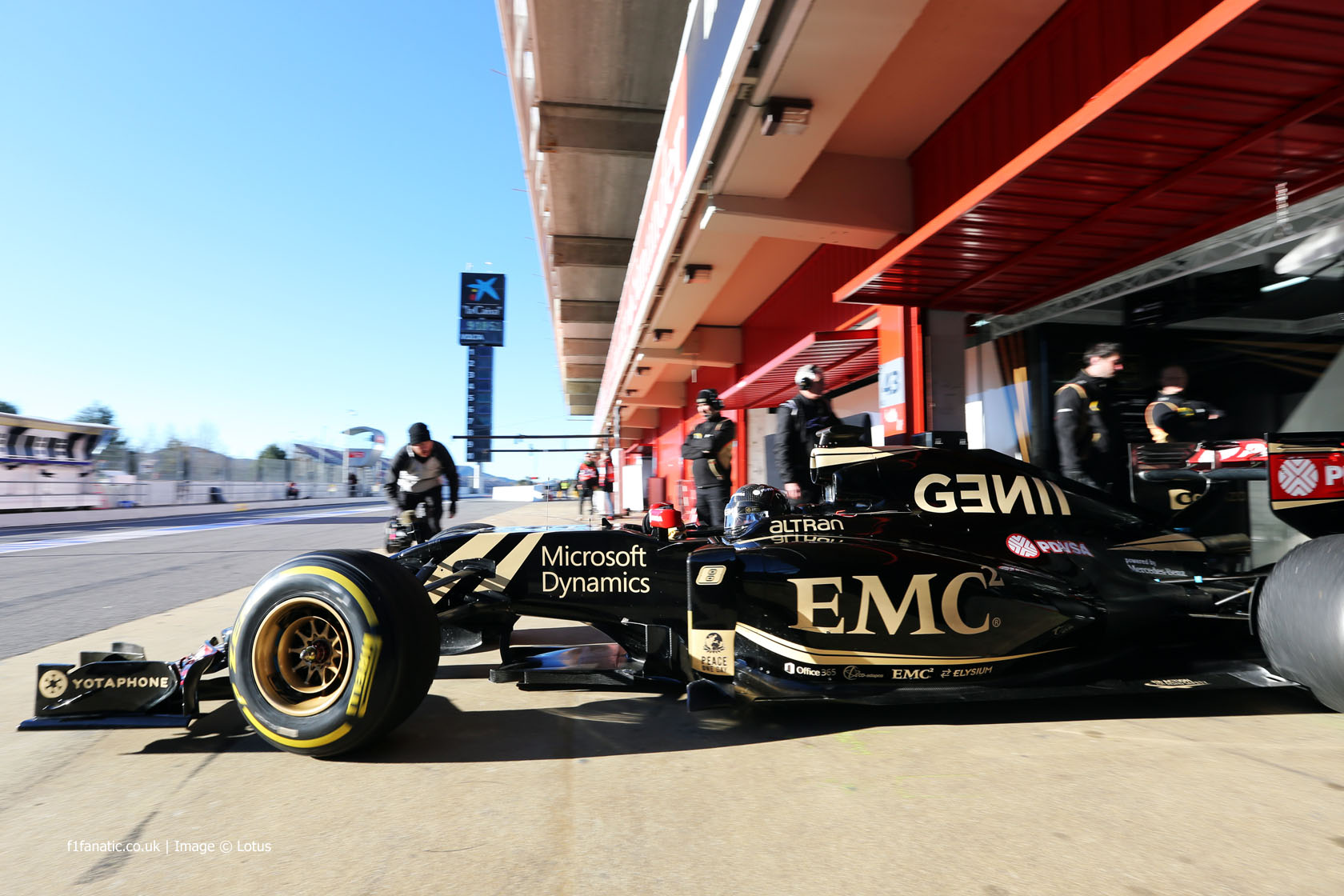 Lotus won races in 2012 and 2013 but they’ve had a tough time since they last crossed the finishing line first. It started at the back end of 2013 as a departing Kimi Raikkonen revealed they had fallen well behind on his salary payments due to financial problems.

And though matters improved somewhat off-track last year, their performance on it was disastrous. The E22 registered just three points finishes – by far the worst season the team has endured in the five years since it was taken over by Genii in 2010.

The root cause of this wasn’t hard to identify: the Renault power unit was both lacking in grunt and woefully unreliable. And fortunately for the team a solution was close at hand. As McLaren cut their ties with Mercedes an opportunity presented itself for Lotus to obtain the best power unit in F1, ending its 20-year ties to the French manufacturer.

The team’s CEO Matthew Carter describes the year ahead as a “new era” for Lotus. The trauma of 2013 forced the team to cut its cloth accordingly, but the team’s race operations has been reinforced for the year ahead.

Improvements within our design, aero and simulation departments have all contributed to the development of a car which is a huge step forward,” said Carter.

“As a team we are confident that the new car coupled with additions to the race team will enable a huge leap forward and we are full of optimism going into the new season.”

Romain Grosjean left it late to commit to Lotus and made it abundantly clear he wanted a much better power unit than last year’s Renault under his right foot.

Following his superb end to 2013 the team’s dismal campaign the following year was a bitter blow for him. Nonetheless he showed some great flashes of pace – notably in Spain.

It must have been painful for Pastor Maldonado to observe the upswing in form his former team Williams enjoyed last year. With the same Mercedes power beneath his right foot he now has the chance to remind them – and everyone else – just how quick he can be.

However last year gave little cause for optimism Maldonado is about to put his propensity for needless incidents behind him any time soon.

Although Lotus’s Mercedes deal was announced fairly late, the designers knew from an early stage they would have to integrate a power unit with significantly different characteristics to last year’s Renault. The resulting car, according to technical director Nick Chester, is “one of the most technically advanced cars to have come out of Enstone”.

Lotus pursued a “very tight and aggressive build programme with the E23”, he added, so much so that it missed the first day of testing. However the team quickly had it running well and during the second test at the Circuit de Catalunya it posted some impressive times.

Inevitably the team have high expectations for their switch to Mercedes power. Crucially, they will use Petronas lubricants as Mercedes do, which should ensure they get the most from the new hardware.

The team’s pre-season testing ended when Maldonado experienced a braking problem which led to a crash, something which will be a cause for concern as the team heads to Melbourne. Nonetheless Lotus look set for a considerably better campaign in 2015.

How will Lotus fare against their fellow Mercedes engine customers? Have your say in the comments.

18 comments on “Lotus optimistic as “new era” begins with Mercedes”