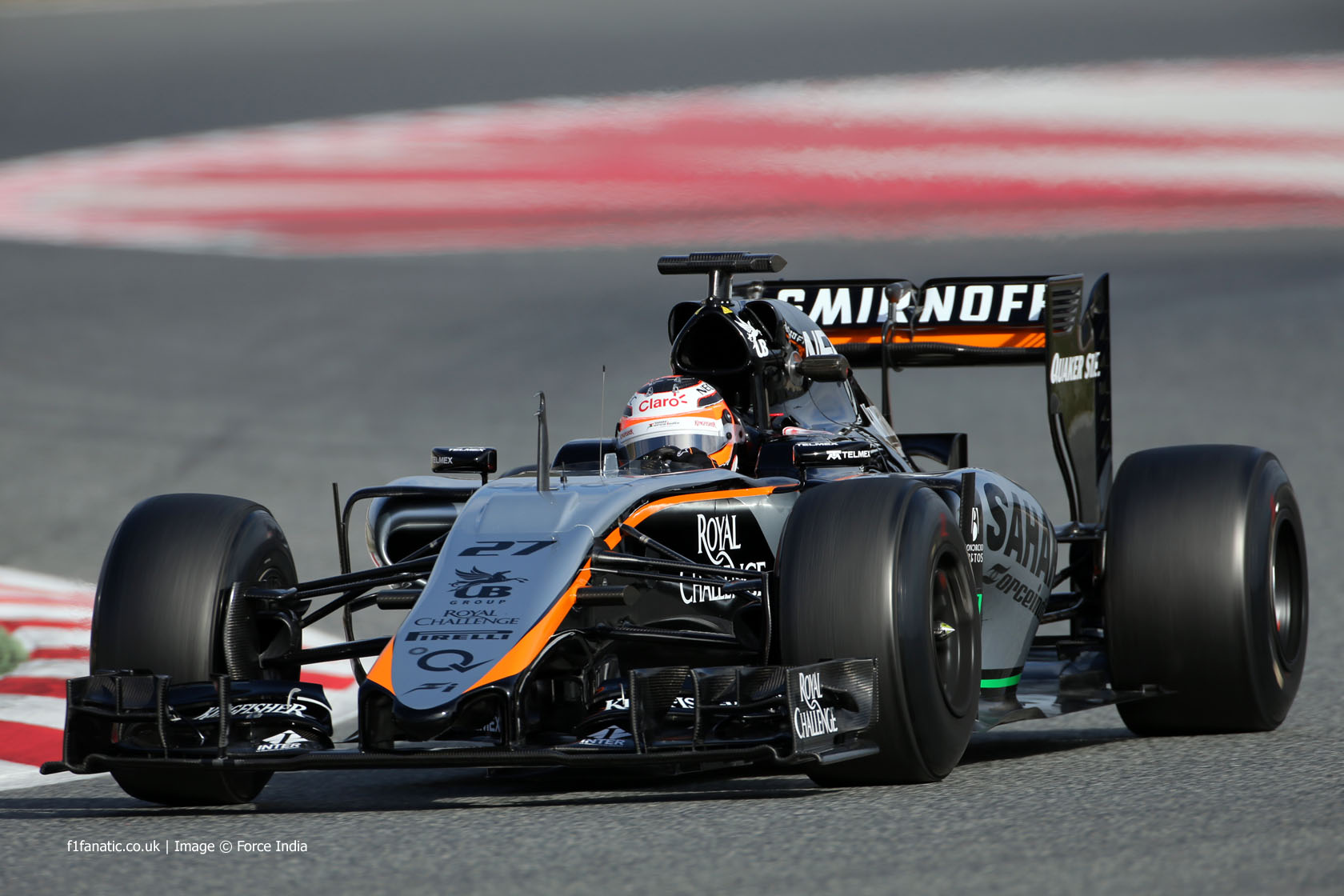 It was Force India who got the 2015 pre-season build-up going by holding a lavish event in Mexico City to reveal a smart new livery for its eighth Formula One car.

With Mexico due to host its first race in 23 years this November, and the team’s driver Sergio Perez now their only representative, what better time to focus attention on their new Mexican sponsors?

The new car, however, was not ready to be seen yet. It later transpired the VJM08 wouldn’t be ready for the first test. Or the second one. It eventually appeared it time to manage just three days of running before the first race.

Was this a sign that Force India, who scored their biggest-ever points haul last year, had dropped the ball in a big way over the winter? The team insist the delay was borne of a desire to maximise the time they could spend developing new the car using Toyota’s wind tunnel in Cologne, where they will conduct all such work this year.

“In light of the FIA’s restrictions on wind tunnel time and the fact that we can only nominate one tunnel, we decided that the Toyota facility in Cologne offered the best way forward for the short and medium term,” explained COO Otmar Szafnauer.

This means they can now use a 60% scale model instead of a 50% one, bringing them in line with most other teams and gaining the benefits of more accurate information which is easier to correlate with real-world data. It’s a potentially significant step for a team which ran into problems with its aerodynamic development towards the end of last year.

“I expect we will start to feel the benefits of the new tunnel by the middle of the 2015 season,” Szafnauer added.

Although Force India came last out of the four Mercedes-powered teams last year, they gave their far better-resourced rivals McLaren a good run. The best measure of whether they can make the necessary aerodynamic gains is whether they can close the gap to Williams and beat the three-pointed star’s new customer, Lotus.

Although he continues to be overlooked by F1’s top teams, Nico Hulkenberg is a first-rate performer whose speed and racing nous shows he absolutely belongs at the top level.

It will be intriguing to see how he balances the demands of a 20-race F1 campaign with two appearances in the World Endurance Championship for Porsche, including the gruelling Le Mans 24 Hours.

Sergio Perez is superbly delicate with his tyres and while this can be his undoing in qualifying it means he can make ground in races where running longer stints is a viable strategy.

He can be a touch too combative at times, though not to Maldonado extremes. Last year’s podium in Bahrain was a much-needed shot in the arm after a bruising season at McLaren.

Although the VJM08 did not run until the tenth day of pre-season testing it proved remarkably reliable when it did appear. The team averaged 566 kilometres per day – more than any of their rivals managed with their 2015 designs.

The team doesn’t expect to have problems managing the limit of four power units per season either. As they pointed out, one of Nico Hulkenberg’s five engines only did 17 laps at the Circuit of the Americas last year.

However it’s inevitable Force India have more to discover about their car than their rivals do about their own machines. And with a new rival also using Mercedes power who, like Force India, are pairing it with the preferred Petronas lubricants, holding on to that sixth place in the championship will be no easy task.

How do you think Force India’s late start to 2015 will affect the team? Can they get on the podium again this year?