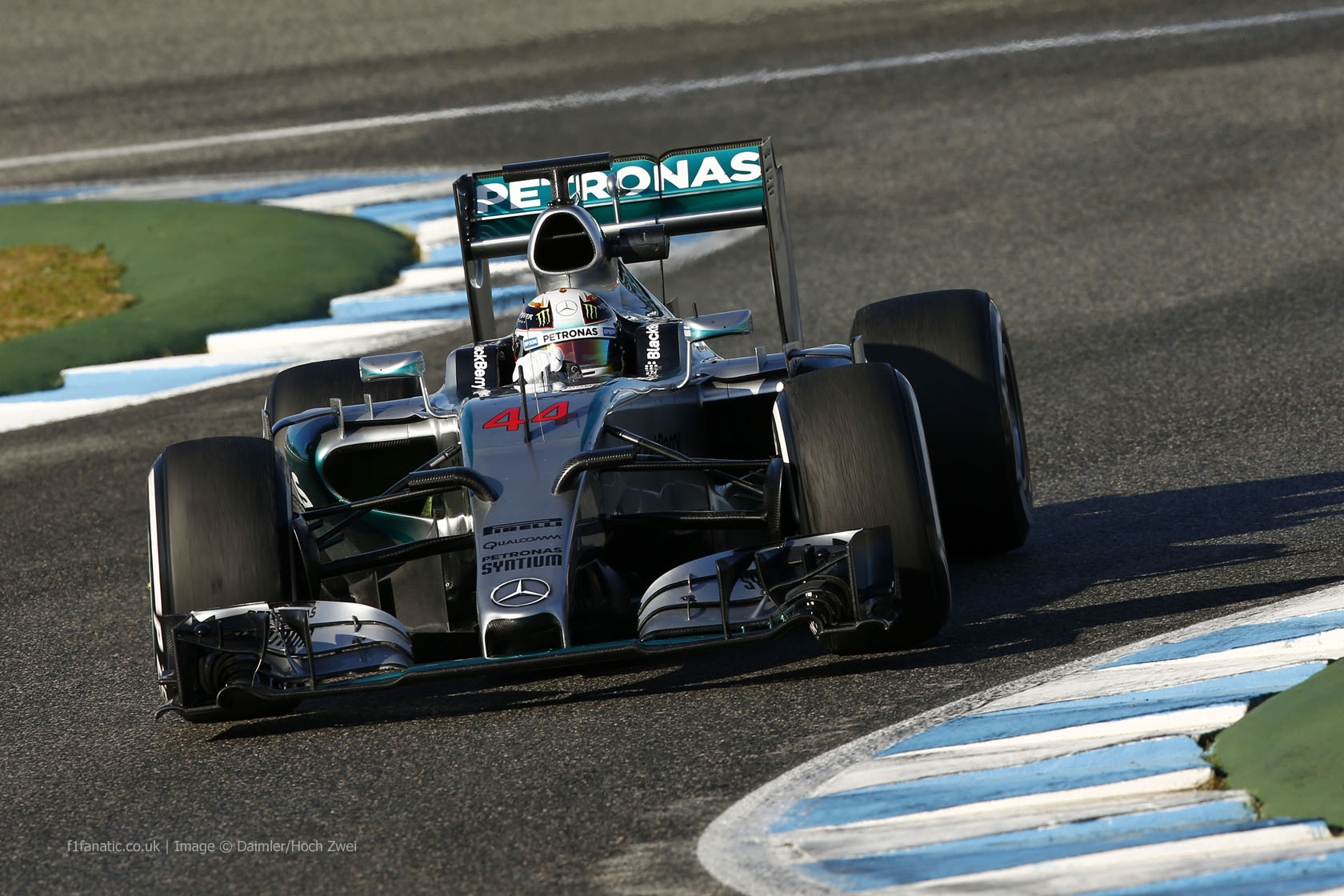 In the round-up: Damon Hill believes Lewis Hamilton is in a strong position to win one or two more championships in the coming years.

"At 30 he's still got the best years ahead of him. And it's when you've got talent - which he has in abundance - talent, determination, fitness and then start to marry that up with experience, I think between now and 33, 34 he's certainly in contention for one if not two more championships."

"I had a really strong three races before the team closed down where I think it saved my F1 career a bit. I think without these last three races, I don't think it would have been possible to get to Sauber."

"I did think about Rio and then decided ‘no’. First of all I am way too old – about 10 years too old compared to the Brownlee brothers – and so it’s definitely not for me."

"Kimi (is) the kind of person who doesn't like to talk about stupid things; he likes to talk serious."

"Young women in sponsor's garb flown in specially from a Milan fashion house daintily clopping the track in heels and smiles waiting for their traditional yet incongruous place on the grid."

Thinking of one of my oldest team mates @Jules_Bianchi as the F1 season starts without either of us #ForzaJules #2004 pic.twitter.com/ewUSSsOVy6

Just went to see Bernie to collect my pole trophy

and the big boss already told me the result of the 2015 Championship. I'm very happy with it ;) pic.twitter.com/ZMFbLELJ9G

Some of the Predictions Championship prizes to be won this year. You can enter here now: http://t.co/1gjtRzb1fV #F1 pic.twitter.com/VNQCxmr308

@Andrewp suggests one more rule F1 would definitely benefit from:

FIA cameramen
Remember people watching on TV want to see the cars racing rather than the architecture, superyachts or illuminated cityscapes.
@Andrewp