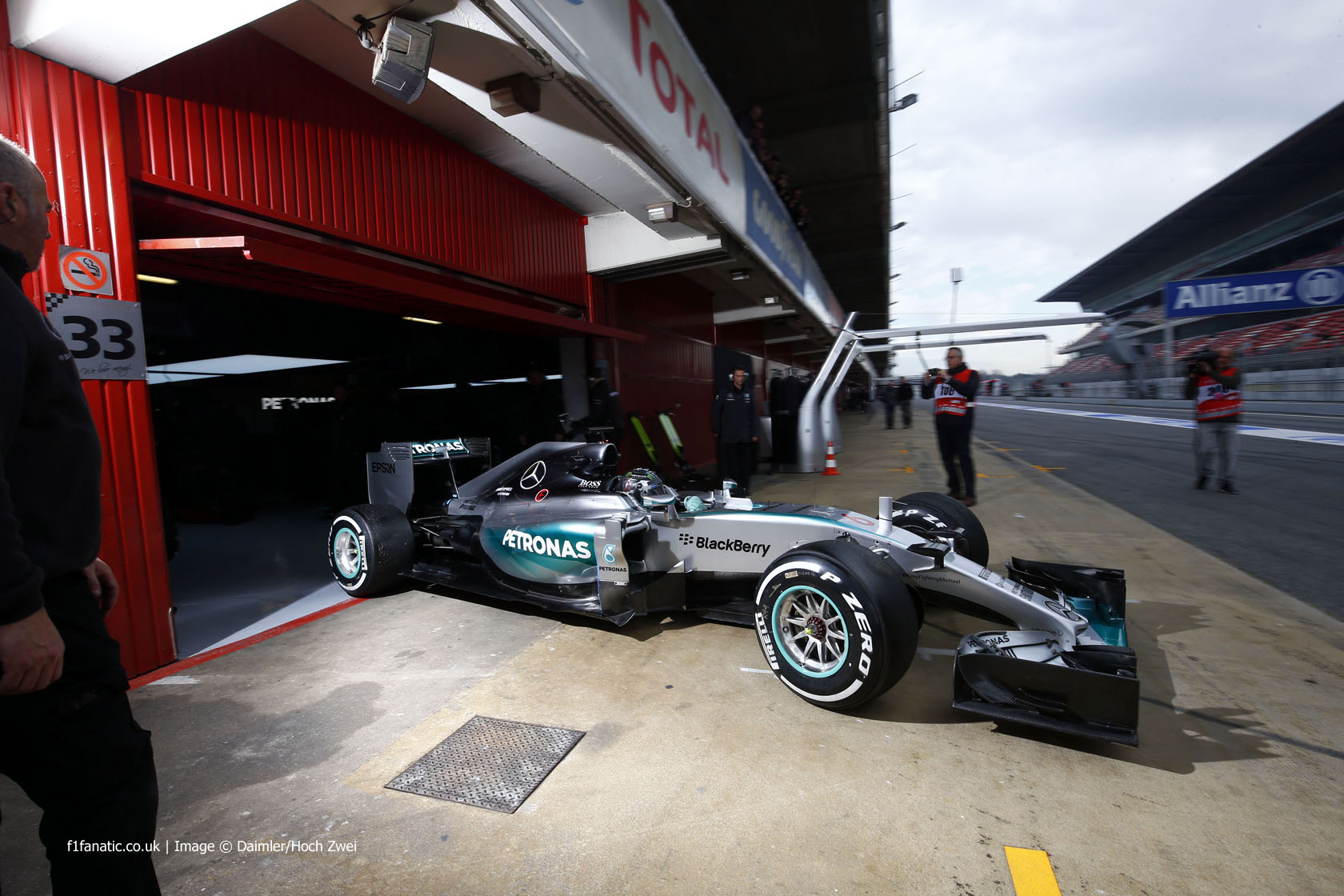 Mercedes believe their new F1 car will prove more reliable than their 2014 challenger.

Reliability was the only major weakness of the team’s dominant W05. Both Lewis Hamilton and Nico Rosberg suffered as a result of technical problems, notably at the season fianle where Rosberg’s championship hopes were ended by a problems with his Energy Recovery System.

“The team is in good shape after the winter programme,” said the team’s executive director for technical Paddy Lowe.

“So far the car looks to be a step forward in terms of speed and reliability compared to where we were this time last year, so we’re hoping for a good result in Melbourne. ”

“Last year, when there was a big change in the regulations, everybody knew what a huge challenge it would be to do a good job.

“But while the regulations didn’t change a lot for this season, still the workload and the effort required over the winter was huge in terms of finding gains and improving the car overall.”