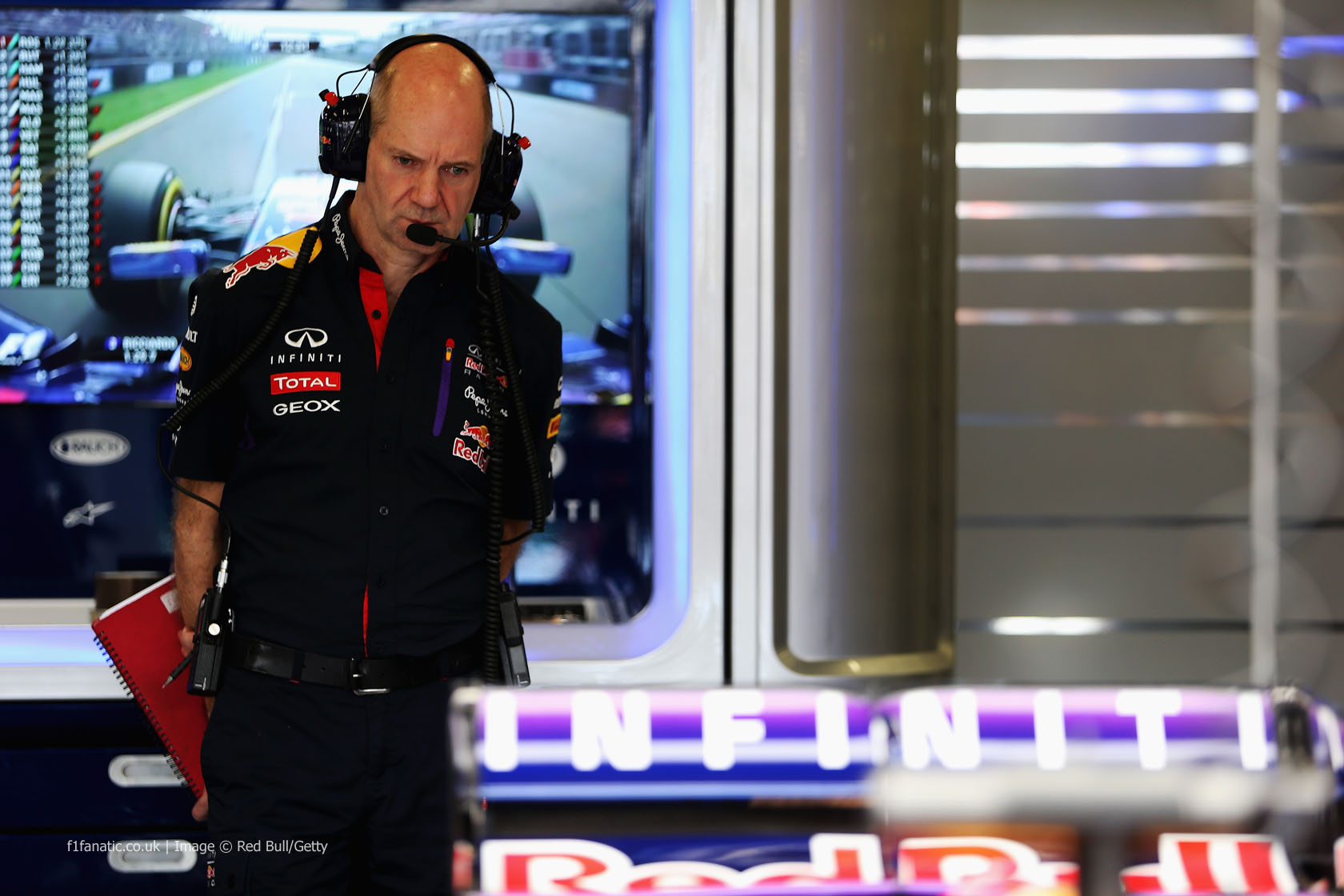 In the round-up: Daniel Ricciardo says Red Bull’s chief technical officer Adrian Newey is still very much involved with the design of their new car.

ESPN (Newey's step back not as big as expected - Ricciardo)

"I know Adrian Newey was supposed to step back a lot this year and that hasn't really been the case. He's been at most of the tests and he looks to be keeping a pretty strong interest in the car."

Ricciardo happy to assume the burden of expectation (Reuters)

"I think I've proved what I'm capable of and it's just a matter of hoping we've got the equipment."

"I can understand the reaction. But I just have to prove them wrong. Try to be mature for my age, that’s the most important."

"At the same time last year, we were in the last phase of finalizing the agreement, to make sure we'd have an agreement before the race. Now we have a 10-year agreement. We can now look forward. It's less pressure on my shoulders."

"I think they rate each other, they respect each other on track and I have no doubt that the battle's going to intensify"

Formula One venues ranked and rated by Daniel Johnson, in pictures (The Telegraph)

"The track is dreary, the race was dull, and the surroundings are dreadful. Two restaurants in a hotel of 2,500 people just doesn’t make sense. Oh, and don’t forget the overbearing political influence of a certain President Vladimir Putin. How did it win the race promoters' trophy? No prizes for working that one out."

Swimming against the turbo tide (The Way It Is)

"For many years I've joked with people in NASCAR's garage area that one day in the distant future NASCAR will have to find a way to renounce its antique rocker-arm V8s in favour of small capacity turbos. I always add it's a change none of us can ever imagine happening, but the facts of the market appear to make that day of change not only inevitable but something that will have to happen sooner rather than later." Honda is the latest IndyCar manufacturer to reveal its aero kit which teams may use this season. See here for more:

Quite a few people commented that Adrian Sutil’s departure is no great loss to F1, but at least one has several fond memories of his career:

I still commend Adrian for lasting as long as he did, and for some genuinely great drives.

Ayrton Senna won the United States Grand Prix 25 years ago today but Jean Alesi stole the show by leading the early running and re-passing Senna when he came under attack from the McLaren: