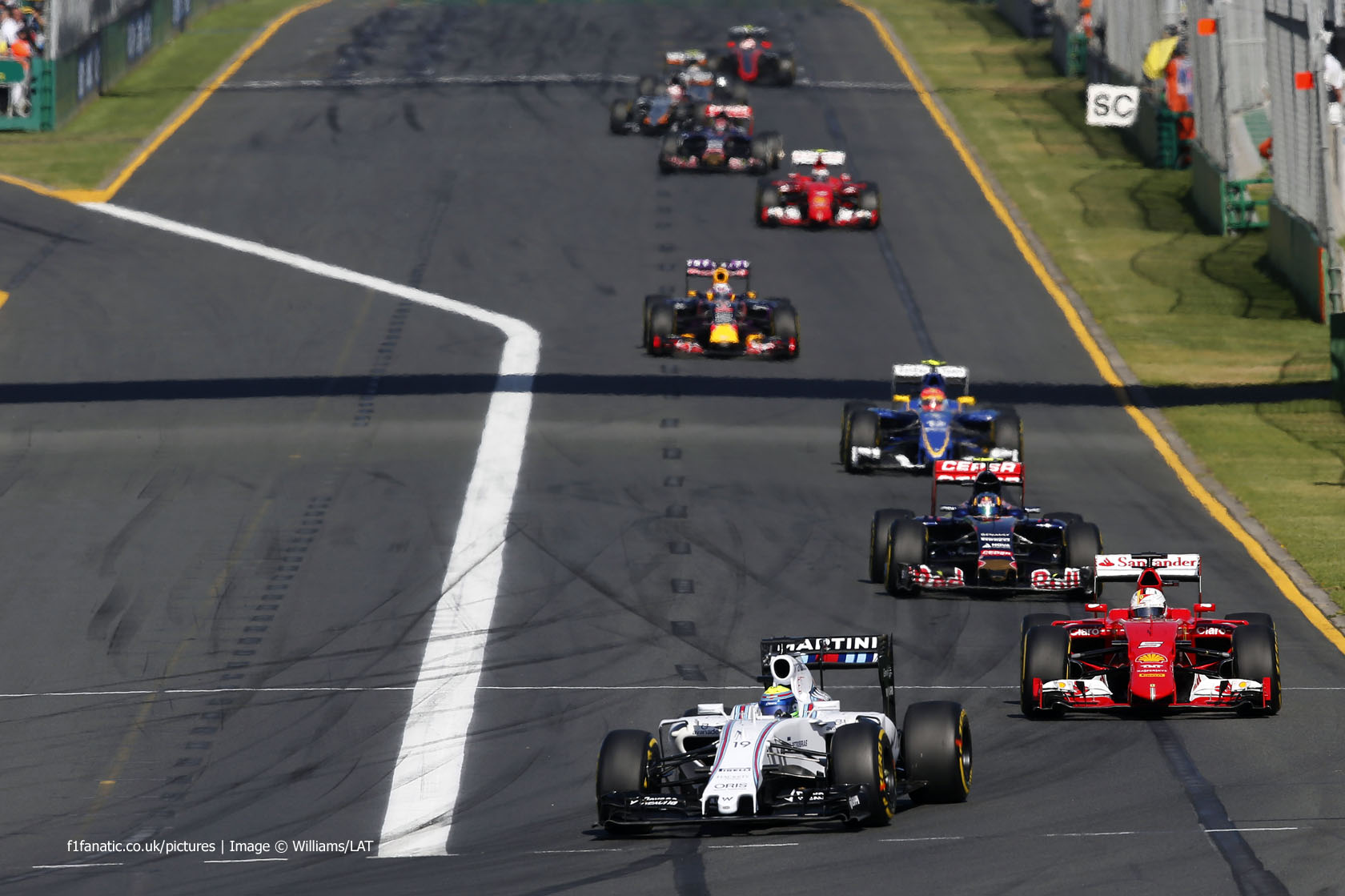 With Manor unable to run at all during the weekend only 18 cars qualified for the race. A back injury kept Valtteri Bottas from starting and two more cars broke down on their reconnaissance laps before the start.

That left 15 cars on the grid, the smallest number for a season-opener since 1958, when a record low of ten was established at the first race of the year in Argentina.

Last year 22 drivers qualified for the first race of the year, and Hamilton said the difference in the size of the field was noticeable. “I don’t know how it is for the spectators but of course we should have more cars,” he said.

“It would be great if we could get some more cars.”

Hamilton added he would always try to race in spite of injury if he was able to. “In Moto GP, those guys are pretty hardcore,” he said. “They drive with collarbones broken, ankles and all those kind of things. I would still hopefully drive if I had something damaged.”

Sebastian Vettel agreed it was “strange to see people struggling to do the laps to the grid”.

“I think it shows how complex it really is, how difficult it is to master the challenge of making the car reliable for a grand prix and for the entire season so that’s why you really have to say ‘chapeau’ to these guys and everyone who is able to extract clean races.”

He also praised Honda for making their return to Formula One with McLaren, even though only one of their cars started the race.

“It’s great to see that this year we have a new competitor in the game with Honda,” said Vettel. “I think they have been very brave to face that challenge, even though now the price they’re paying is very high, but I’m sure they will come back.”

“I think everyone has, more or less, been through that process with the exception of those guys [Mercedes] last year, so it seems to be part of the game.

“But for sure it’s not great for the people. They want to see the cars and if the cars break before even starting the race that’s not right. But what can I say? It’s a difficult challenge, it is complicated, maybe got a bit too complicated but for now it is what it is.

“The people still enjoy it so we need to do the best to keep it up.”