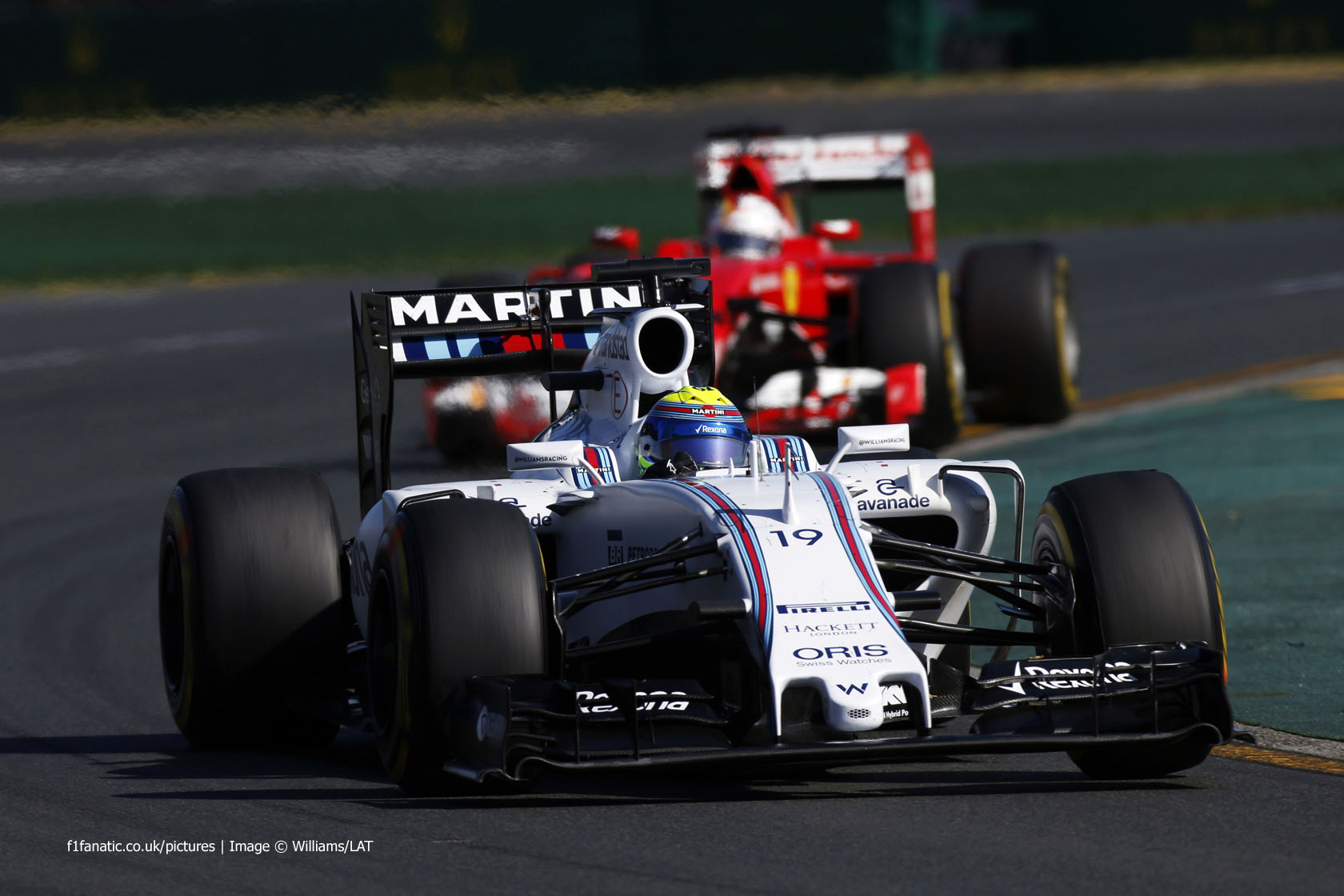 Ferrari were sufficiently quicker than Williams that Sebastian Vettel was able to jump ahead of Felipe Massa by pitting three laps later than him. Since the era of Pirelli’s ‘designed to degrade’ tyres began in 2011, every Australian Grand Prix has been won using a two-stop strategy. That changed this year, with most drivers including the top six finishers choosing to stop just once.

Pirelli motorsport director Paul Hembery believes this was down to “the cool conditions and early Safety Car period”.

Vettel was among those who pitted just once. He was pursuing Massa prior to his stop, and as Williams were concerned they might be ‘undercut’ by the Ferrari pitting before them, Massa was brought in on lap 21. But it was in vain. Vettel came in three laps later, having improved his lap times by almost eight-tenths of a second in the meantime, and emerged from the pits ahead.

It was the opposite to the usual ‘undercut’ tactic of bringing a car in for an early pit stop to gain track position. “We had a great strategy,” said Vettel, “and were able to save some tyres to go the opposite of the usual strategy to overtake someone through the pit stop”.

Fortunately for Vettel he had the one pit stop Ferrari performed all day which did not go wrong. Team mate Kimi Raikkonen lost in the region of five seconds during his first visit to the pits. But the left-rear wheel problem which slowed him was the catalyst for another problematic pit stop later on which forced him out of the race.