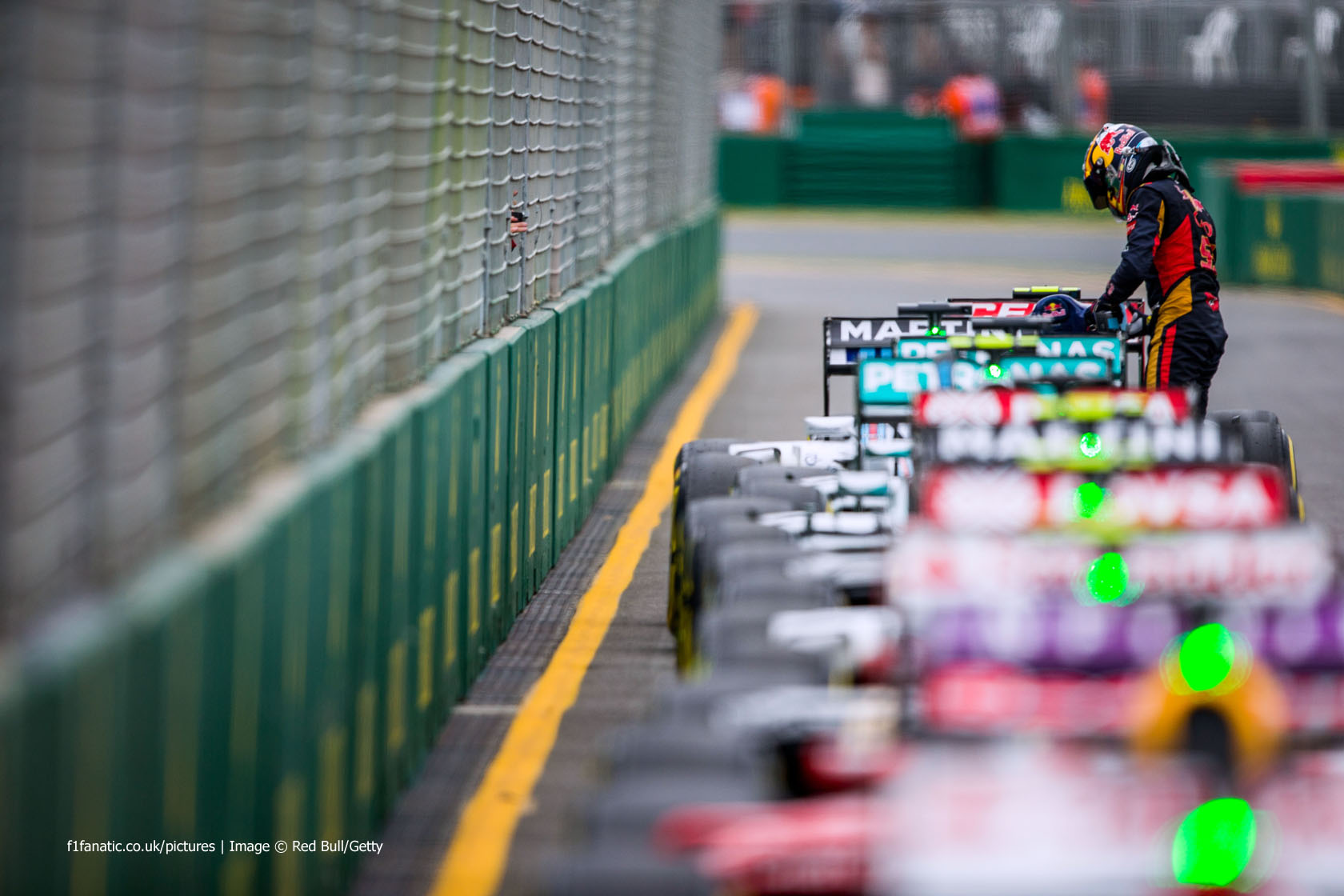 Ten of the best pictures from the curtain-raising Australian Grand Prix weekend. Whether signing heads or posing for pictures, Daniel Ricciardo was unmistakeably the centre of attention at his home grand prix. Ricciardo’s new team mate Daniil Kvyat made an early start on the unenviable task of trying to get a Renault-powered anything to lap Albert Park quickly. He established the first production car lap record for the circuit at the wheel of a Renault Megane R.S. 275 Trophy-R – his time of 2’23 was less than a minute off his qualifying time in the Red Bull-Renault RB11.

Kevin Magnussen was back in the cockpit of a McLaren in place of the injured Fernando Alonso. Unfortunately he failed to take the start after his Honda engine failed spectacularly on his reconnaissance lap. The drivers assembled for their annual pre-season photograph. By the time the lights went out on the first race of the season the thin 20-car field had been pared back to just 15. While the Mercedes disappeared up the road, Romain Grosjean’s Lotus sunk to the back of the field with a power unit glitch and the sister car of Pastor Maldonado was about to drop out in a collision with Felipe Nasr. A helicopter follows Nico Hulkenberg’s progress in the Force India. Sauber didn’t run at all in the first practice session as their cars were under threat of being impounded due to a legal action brought by Giedo van der Garde. However once they got running the C34s looked much more competitive thanks to their improved Ferrari power unit, and rookie Nasr came home an impressive fifth. Sainz (that man again) emerges from his Toro Rosso having parked up behind the rest of the field. He came home ninth in the race, meaning two of F1’s newcomers scored points in their first race. Race winner Hamilton was head and shoulders above the rest in more ways than one in Melbourne.