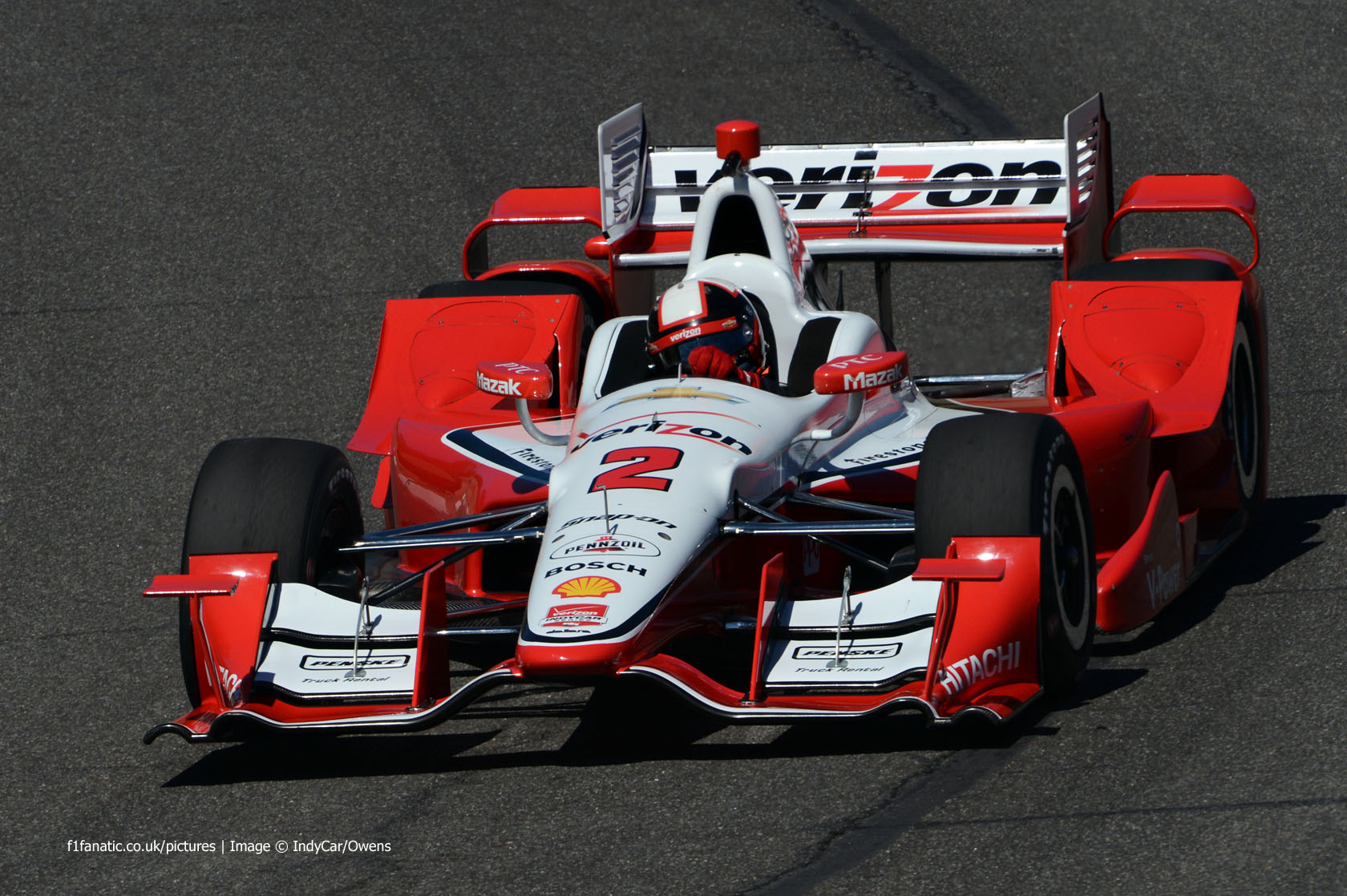 For the first time in almost a decade, in 2015 the IndyCar field is not made up of identical cars.

Aerodynamic development has been opened up for the new season, though unusually it is the engine developers who have been allowed to take the lead rather than the teams themselves. Chevrolet and Honda have produced the kits and it’s up to the teams to decide which parts they will use.

So while the add-ons are a mixed bag from an aesthetic point of view, the possibility of different cars using different parts of their aero kits will introduce a new element of variety to the championship at least in terms of how the cars look.

But what effect will they have on the competition, if any? A major attraction of IndyCar since the current chassis was introduced three years ago is how closing the racing has been. A different champion has been crowned every year and the 52 races with the Dallara DW12 have seen 17 different winners – more than twice as many as F1 has managed over the same period.

Encouragingly the first test with the new aero kit indicated the field remains close. The top 17 were covered by one second in the final test at Barber Motorsports Park.

The cars are visibly faster both on the camera – see the onboard video below – and on the stopwatch: reigning champion Will Power beat his pole position time from last year’s race at the Alabama track by a full second. This is despite other changes to the cars intended to control speeds and prevent them launching in the event of a high-speed spin. That leaves one concern: will the racing still be close? Testing suggested Chevrolet may start the season with a performance advantage over Honda.

What’s more, some believe IndyCar’s power-to-grip ratio needed to be swung in the opposite direction, and adding downforce instead of horsepower was the wrong way to go. We’ll start to discover how successful they’ve been when the racing resumes next week.

And what a long wait it has been for racing to resume. IndyCar’s off-season began at the end of August last year, and the cancellation of the planned season opening race in Brazil by its promoter has delayed the beginning of the new season by another three weeks. It has, however, ensured the new aero kits will be in place for the first race of the year.

Despite the loss of Brasilia there is still one new venue on the calendar. NOLA Motorsports Park in Louisiana, which opened four years ago, will host the second round of the championship and its first IndyCar race:

After months of inaction the season will pass in a blur. The traditional visit to Long Beach marks the mid-point of races on three consecutive weekends in April. May means Indianapolis, and for the second year in a row the month-long festivities kick off with a race on a much-improved version of the old F1 road course, although the standing start has been scrapped at this and other rounds where it was used last year.

It serves as a teaser for the high point of the calendar: the Indianapolis 500, where the cars will race the speedway versions of their aero kits for the first time.

Soon afterwards the cars will be back in street configuration for the only double-header race of the year in Detroit. IndyCar’s experiment with holding two races on one weekend has in truth largely served to prove you can have too much of a good thing. But the increased physical demand of driving these quicker cars will mean tough work for any driver who completes both these races, held within seven days of the flag falling at Indianapolis. There are races on the next two weekends too: on an oval in Texas and at Toronto’s street course, the latter having reverted to holding a single race after last year’s event was badly disrupted by rain.

Although the season still ends in California it will not be at Fontana, whose 500-mile race has been moved forward two months to June when the heat will be a little less ferocious. Milwaukee, Iowa and Pocono follow this earlier event as IndyCar takes in a diverse selection of America’s many ovals, with only a trip to the undulating Mid-Ohio course giving the drivers a chance to turn right in this run of five races.

For the first time in the history of the championship which began life in 1996 as the ‘breakaway’ IndyCar series, a road course will host the season finale. But depressingly IndyCar has seen fit to mimic the double points finale F1 experimented with last year then dropped having been the subject season-long derision.

IndyCar already offers double points for the three rounds which are more or less double distance – the 500-mile races at Indianapolis, Fontana and Pocono – but there’s no justification for doing so at Sonoma beyond a desperate wish to keep the title contest alive until the final round. Why this should suddenly seem so important when every IndyCar championship since 2006 has been decided at the last race is beyond understanding. As with F1 last year, hopefully it will have no major consequences and then be quickly dropped.

NB. De Silvestro’s drive was confirmed too late for her to run in testing.

F1 Fanatic Live will be running during every round of the IndyCar series. You can also join the IndyCar group here:

Onboard lap of Barber Motorsports Park with James Hinchcliffe

Will you be watching the IndyCar championship this year? What effect do you expect the new aero kits to have?