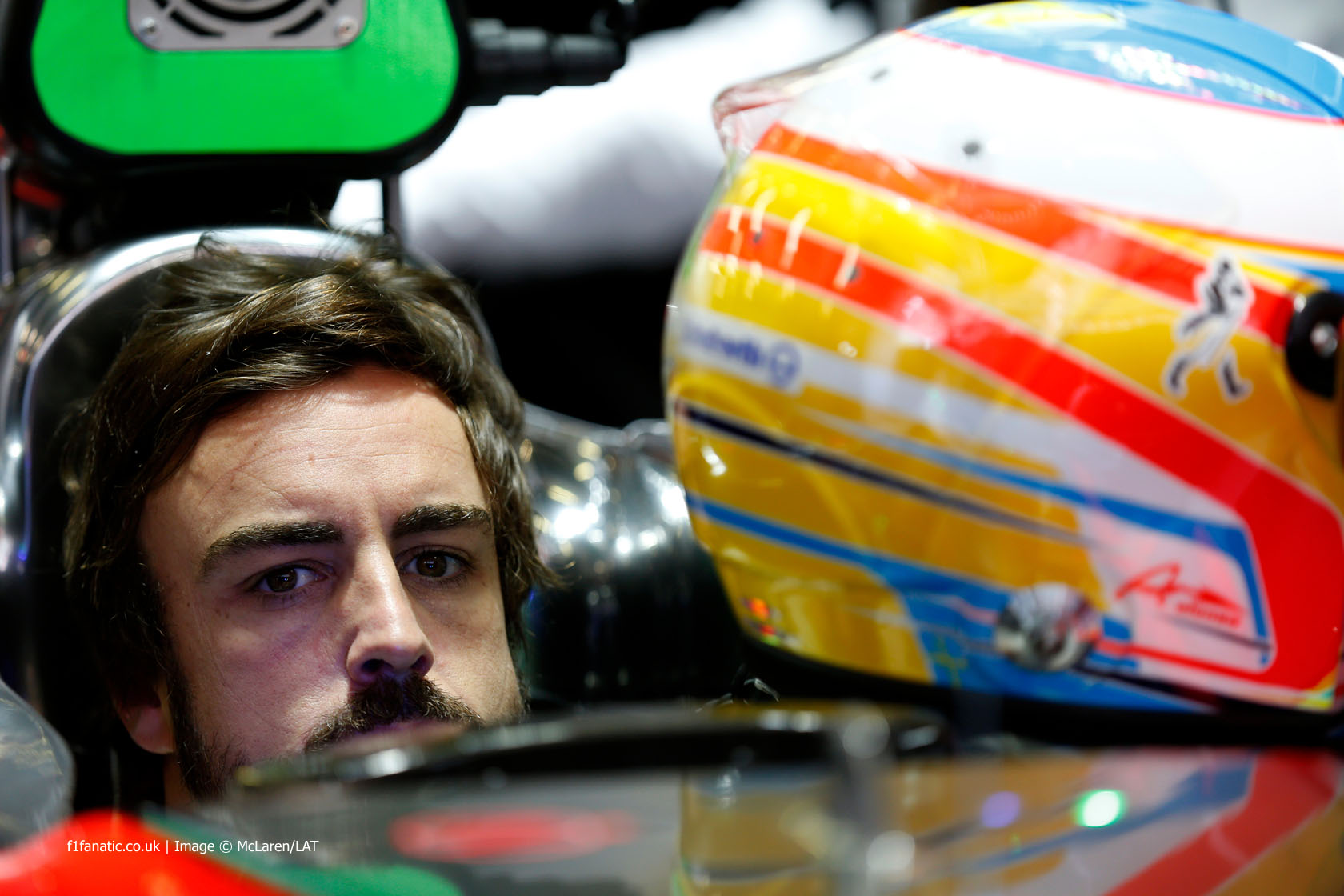 Fernando Alonso will return to action in this weekend’s Malaysian Grand Prix, McLaren has announced.

The team say Alonso will drive “subject to a successful final FIA medical assessment this Thursday 26th March at the Sepang International Circuit”.

Alonso suffered a concussion during a testing accident at the Circuit de Catalunya which kept him from participating in the season opening race weekend in Australia.

“McLaren-Honda is pleased to announce that, subject to a successful final FIA medical assessment this Thursday 26th March at the Sepang International Circuit, Fernando Alonso will return to the cockpit of his MP4-30 car for this weekend’s Malaysian Grand Prix,” said the team in a statement.

The team said Alonso has “spent time with senior engineers discussing the accident and reviewing the comprehensive data and analysis all of which has been shared with the FIA” in a bid to understand the crash.”

Alonso reported an unusual sensation in the car’s handling prior to the crash, which McLaren intends to monitor.

“While there was nothing evident in the extensive car telemetry data, nor anything abnormal in the subsequent reconstructions and laboratory tests, Fernando recalls a sense of ‘heavy’ steering prior to the accident,” said McLaren. “Consequently, the team has fitted an additional sensor to the car, to increase our data capture.”

41 comments on “McLaren waiting for FIA approval on Alonso return”