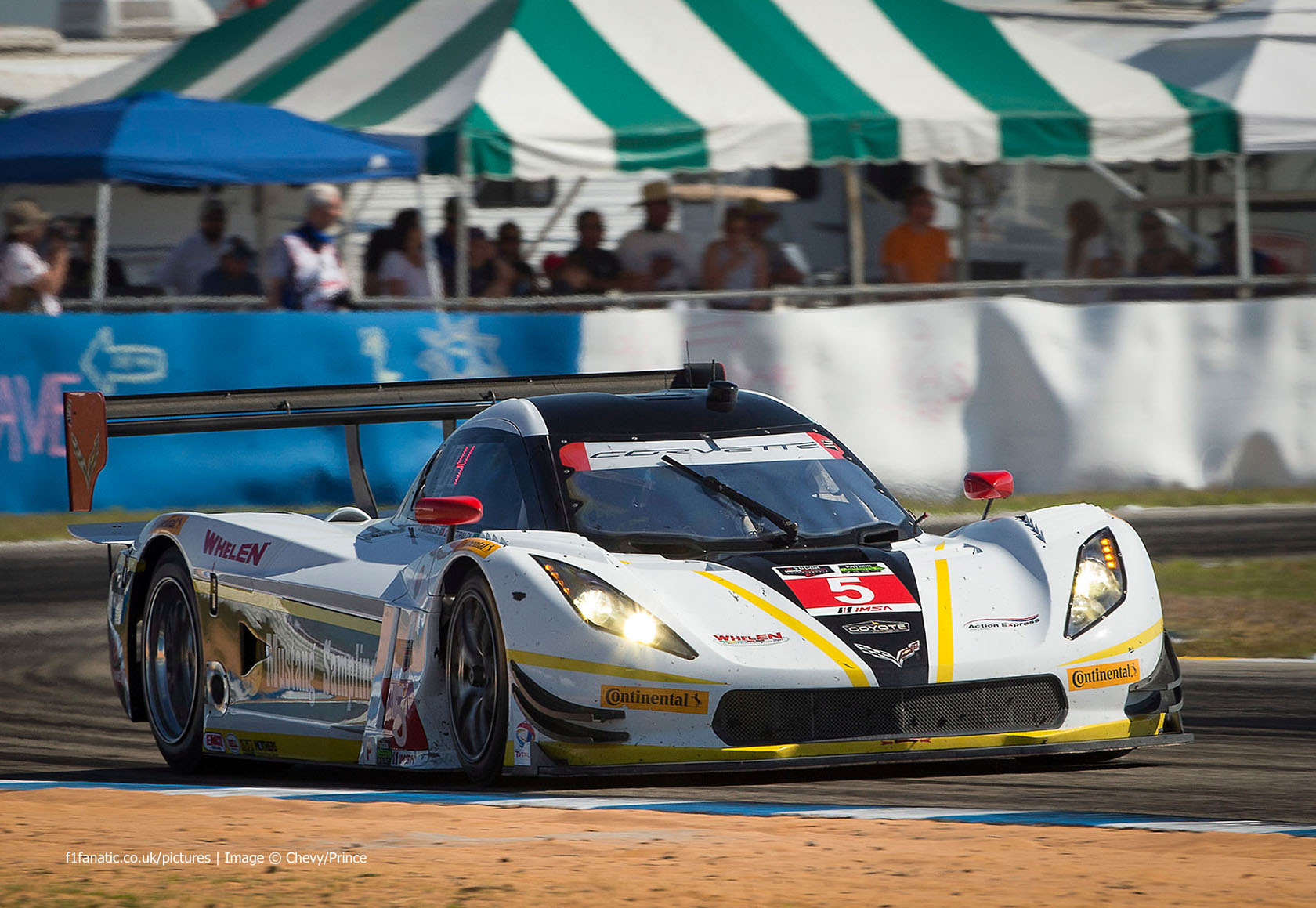 Just 15 started the first race of the F1 season in Australia, but almost three times as many started yesterday’s NASCAR race at Fontana – and all were still running at the end of the 418-mile race.

Meanwhile Chevrolet locked out the podium places in the second round of the 2015 United Sports Car Championship at Sebring.

Brad Keselowski won the Fontana round in the NASCAR series, despite only leading one of the 209 laps. On four fresh tyres Keselowski surged through the field after a late restart, taking the lead from Kurt Busch on the final tour.

Championship leader Kevin Harvick continued his run of top two finishes, taking his eighth in a row and fifth from the first five races of the year, a new record for NASCAR.

The 12 Hours of Sebring was the backdrop for round two of the USCC, with a 43-strong grid lining up under the glorious Florida sunshine.

The victory went to Action Express Racing Corvette DP driven by Joao Barbosa and ex-F1 racers Christian Fittipaldi and Sebastien Bourdais,after a superb second half of the race that saw the French driver put a lap on the whole field in a single two-hour stint.

In GTLM, Corvette took the win in a driver lineup featuring another ex-F1 driver in Jan Magnussen, PC saw Brit Tom Kimber-Smith win and in GTD, it was the Porsche 911 that took the honours.

The IndyCar season begin at St Petersburg this weekend while the NASCAR juggernaut rolls into its sixth race weekend of the year.

The V8 Supercars will be in action for the first time since the non-championship F1-supporting rounds, with a trio of races at Symmons Plains in Tasmania. And of course on Sunday it’s the Malaysian Grand Prix.

Will you be watching any of these? And which races did you watch last weekend? Have your say in the comments.