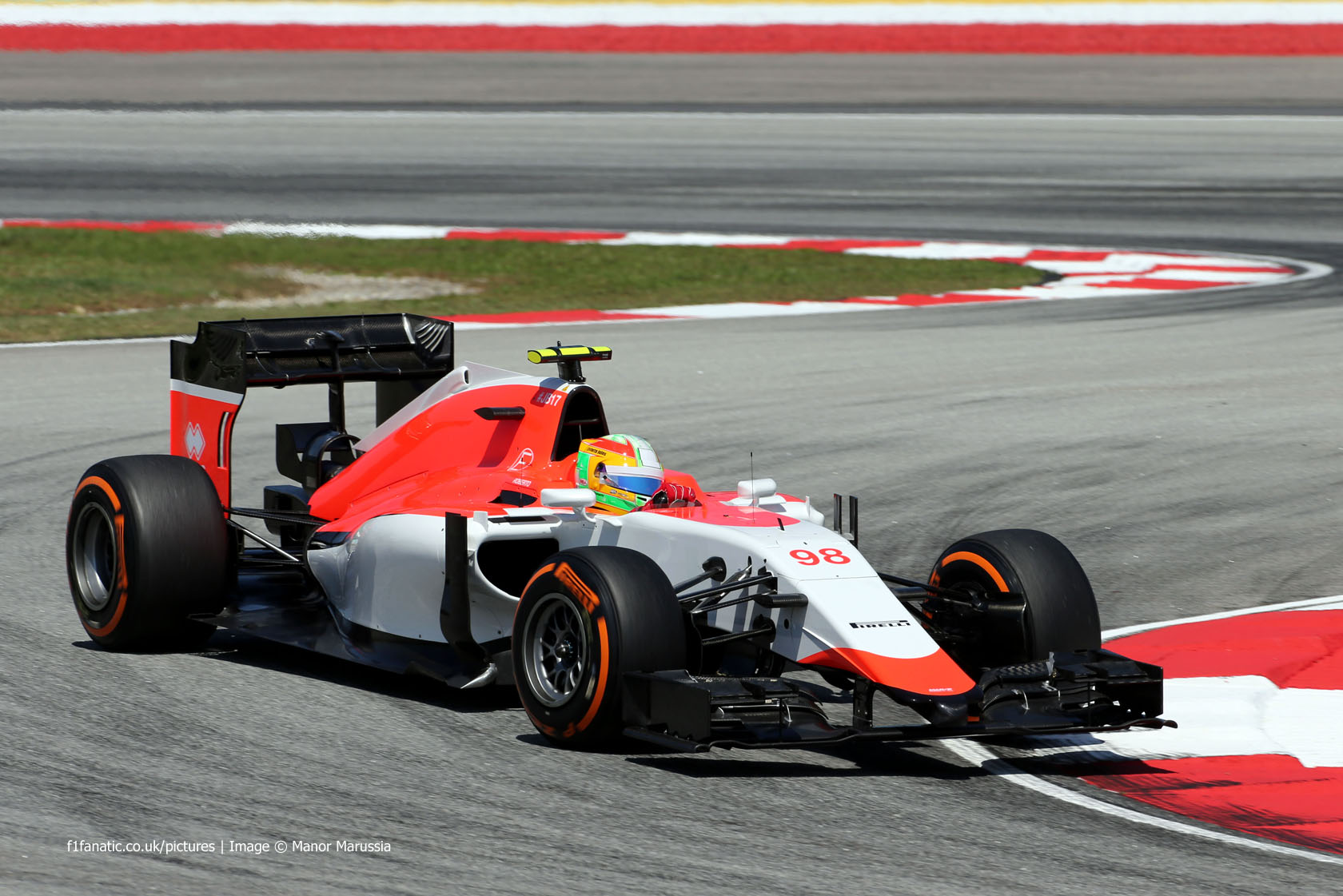 Both Manor drivers will be permitted to start the Malaysian Grand Prix despite falling foul of the ‘107% rule’ during qualifying.

Neither driver managed to set a time within 107% of the quickest lap in Q1. Roberto Merhi fell short by 0.4 seconds and Will Stevens did not set a time at all due to a technical problem.

However the stewards ruled the drivers had “set satisfactory times in practice at this event” and therefore may start.

“We were hoping to make the 107% time today, and that is what we have been pushing for through the weekend,” said Merhi. “Unfortunately we missed out by 0.4s in the end”.

“In the three sessions Will has shown that the car is thereabouts on pace, while I had a spin in FP3 today so, along with yesterday, I have not been able to achieve the consistent running I wanted to for the team”.

Romain Grosjean has been moved back two places on the grid for the Malaysian Grand Prix after the stewards ruled he had not left the pit lane in the order he arrived at the exit during Q2. Grosjean passed part of the queue of drivers who were waiting to leave the pits at the beginning of the session.

The Lotus driver had originally qualified in eighth place and will now start from tenth on the grid.

30 comments on “Manor allowed to start race but Grosjean penalised”