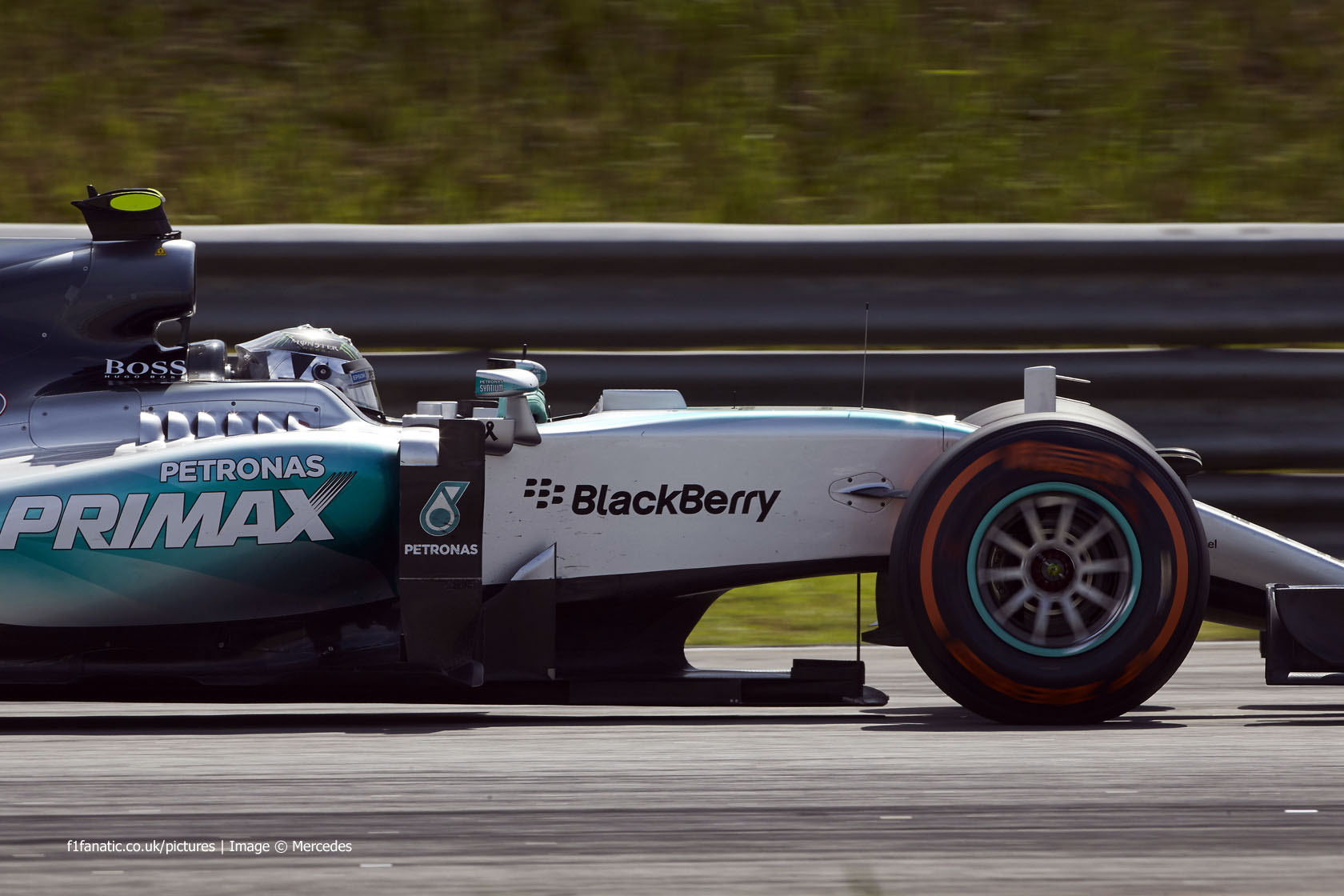 Mercedes had a clear performance advantage over Ferrari in Malaysia but couldn’t make their tyres last for long enough to beat them. On the face of it Ferrari’s victory over Mercedes in Malaysia is something of a surprise. The W06’s fastest lap was a clear second and a half better than anything Sebastian Vettel managed.

As Vettel pitted twice and both his Mercedes rivals used three-stop strategies, his pace didn’t need to be as quick. But what really helped Vettel was that he could make the tyres last longer at those speeds than either of the Mercedes.

That seemed especially true of Lewis Hamilton, who over his final stint made only moderate progress in catching Vettel while his team mate in the other Mercedes closed the gap. While Hamilton set six lap times which were quicker than anything Vettel could do, Rosberg in turn did six quicker than Hamilton managed. Had he not lost so much time earlier in the race in traffic after the Safety Car period, we could have seen a fight for position between the two Mercedes.

Jenson Button was compromised by the Safety Car for a different reason. Roberto Merhi, driving his first race for Manor, appeared not to fully grasp F1’s complex Safety Car rules, and held Button up when the race restarted.

“Merhi was in front of me and he obviously hasn’t read the rule book because he didn’t try and catch the Safety Car,” Button explained. “I know they’re not faster but they’re quicker than that.”

“I think he was just sitting at the Safety Car delta, which you’re only supposed to do for two laps, I don’t think he realised, so we didn’t catch the pack when the Safety Car went. So we were sort of four or five seconds back.”