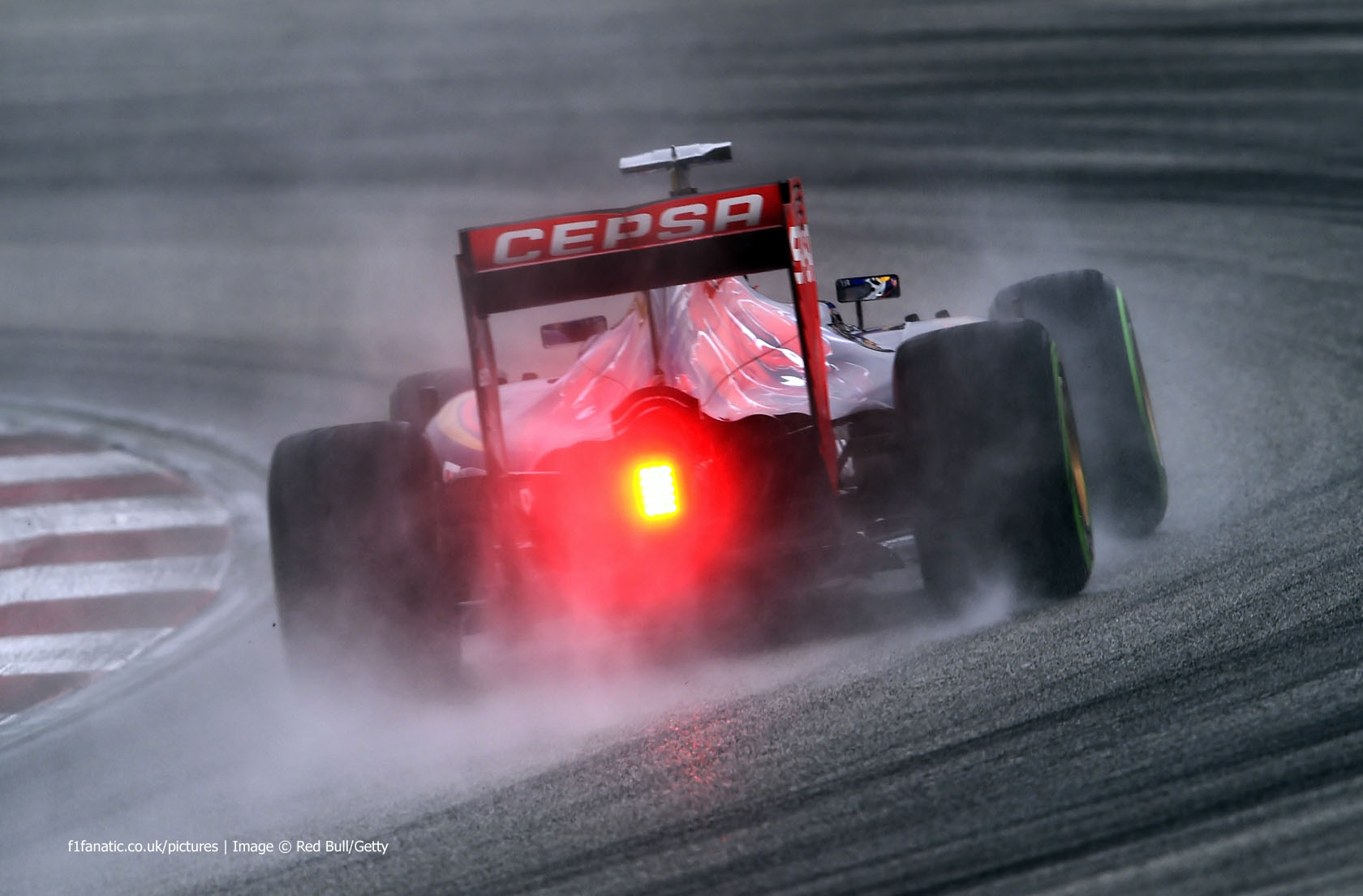 Ten of the best pictures which tell the story of the Malaysian Grand Prix weekend. Lewis Hamilton had a special helmet designed for the Malaysian Grand Prix weekend but wasn’t allowed to use it because of the FIA have banned in-season helmet changes. The massive numbers on the side of the Sauber make it easy to identify their racers, in this case Ferrari development driver Raffaele Marciello who had his first run in an official F1 session during first practice. Manor finally got their cars on track but Will Stevens’ participation was confined to practice. A fuel system problem at the end of the Saturday morning session kept him from qualifying and the problem couldn’t be rectified in time for him to start the race. There was no escaping the blazing sun for the drivers when they were assembled to observe the host country’s national anthem, a practice which was inaugurated at the Russian Grand Prix last year. An unusual angle shows one of the longest dashes to turn one on the F1 calendar. The evidence of contact is clear on the front-right of Felipe Nasr’s Sauber and on the car he hit – Kimi Raikkonen’s Ferrari limping in the background with a punctured left-rear tyre. Despite this delay and the damage, Raikkonen recovered to finish fourth. Both McLarens managed to start the race this time, but both Fernando Alonso and Jenson Button were destined not to finish. There was a full complement of Red Bulls in the race as well – Daniil Kvyat and Daniel Ricciardo jockeyed for position despite both suffering brake problems. Who would have though success would come so soon for Sebastian Vettel at Ferrari with new team principal Maurizio Arrivabene?