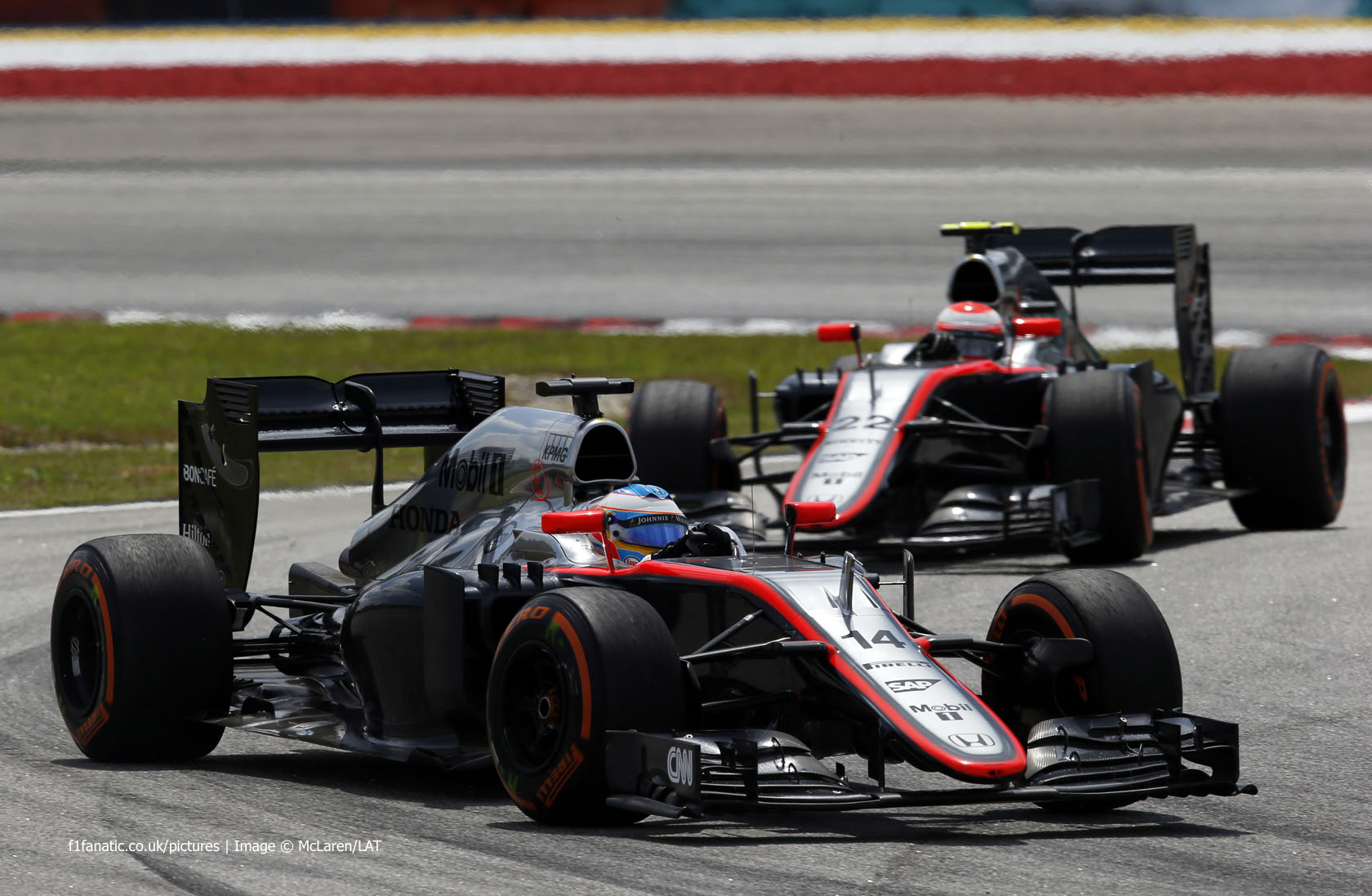 Fernando Alonso and Jenson Button suspect the cooler temperatures usually seen at this weekend’s Chinese Grand Prix will mitigate any progress McLaren have made with their car.

McLaren appeared to have gained at least a second of lap time in hot conditions at Sepang. But China’s round of the world championship is usually held in much lower temperatures.

“I don’t think our car package will be as well suited here as it was in Malaysia,” said Alonso, “especially if the weather is as cold and windy as it usually is in early springtime in Shanghai”.

“There is a feeling that the expected cooler weather will make it harder to generate tyre temperature,” Button explained, “which could mean that any progress we make doesn’t necessarily translate to a lap time benefit”.

“It’s a pity we didn’t finish the race in Malaysia,” he added. “We’d made solid progress up until that point in the weekend, and it would have been a fantastic boost to get a car home in amongst some of the cars in the midfield pack”.

“Still, it’s a target to aim for in China, and I hope we can build upon our pace and performance in Malaysia. However, China’s two long straights – each preceded by slow-to-medium-speed corners – will place extra emphasis on the power unit.”