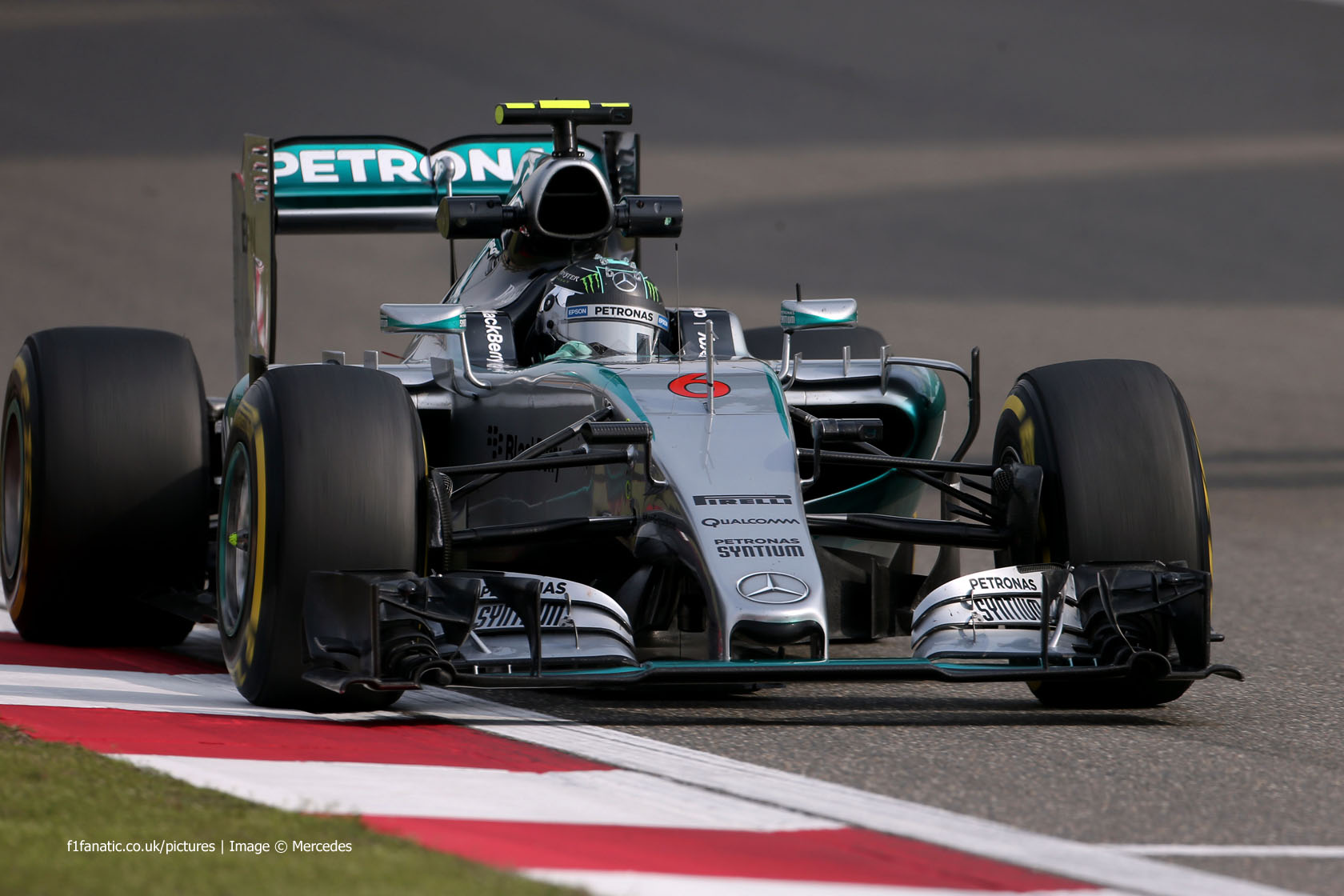 Nico Rosberg admits that he is ‘very frustrated’ with Lewis Hamilton as he feels his Mercedes team mate compromised his race by backing him into the chasing Ferraris.

Hamilton led the entirety of the Chinese Grand Prix, aside from a handful of laps after pitstops, but Rosberg believes his team mate’s focus on preserving his own tyres during the race left him vulnerable to an attack from Sebastian Vettel.

“The best possible race for Lewis was to back me off into Vettel, so that Vettel would try and undercut me with an early pitstop and I would have to cover him, so I would have such a long stint [on the Medium tyre] at the end of the race that I would be without a chance,” said Rosberg.

“So that was very frustrating that Lewis was taking it as easy as that on the tyres. Interestingly, he said he was just thinking about himself and that says it all.”

Rosberg lapped around a second adrift of his team mate during the first stint, with the gap remaining at around two seconds in the second stint. Vettel came closest to challenging the second Mercedes in this middle section of the race, with the Ferrari able to lap within two seconds of Rosberg.

With the Ferrari in his mirrors, Rosberg was heard over team radio calling on the team to tell Hamilton to increase his race pace – which Mercedes ultimately did.

“What upsets me is the fact that my race was massively compromised and we went through exactly that scenario before the race,” added Rosberg.

“It’s the worst thing for the guy behind – and for the team as a result – and putting me in danger or at risk of Vettel because every time it was close with him coming out of the pits.

“That was a completely unnecessary risk to put me in because we had a pace advantage over him, but we were taking it so easy at that stage of the race so he [Vettel] was right behind me putting pressure on and went to try and get me in the pit stops. That was unnecessary.”