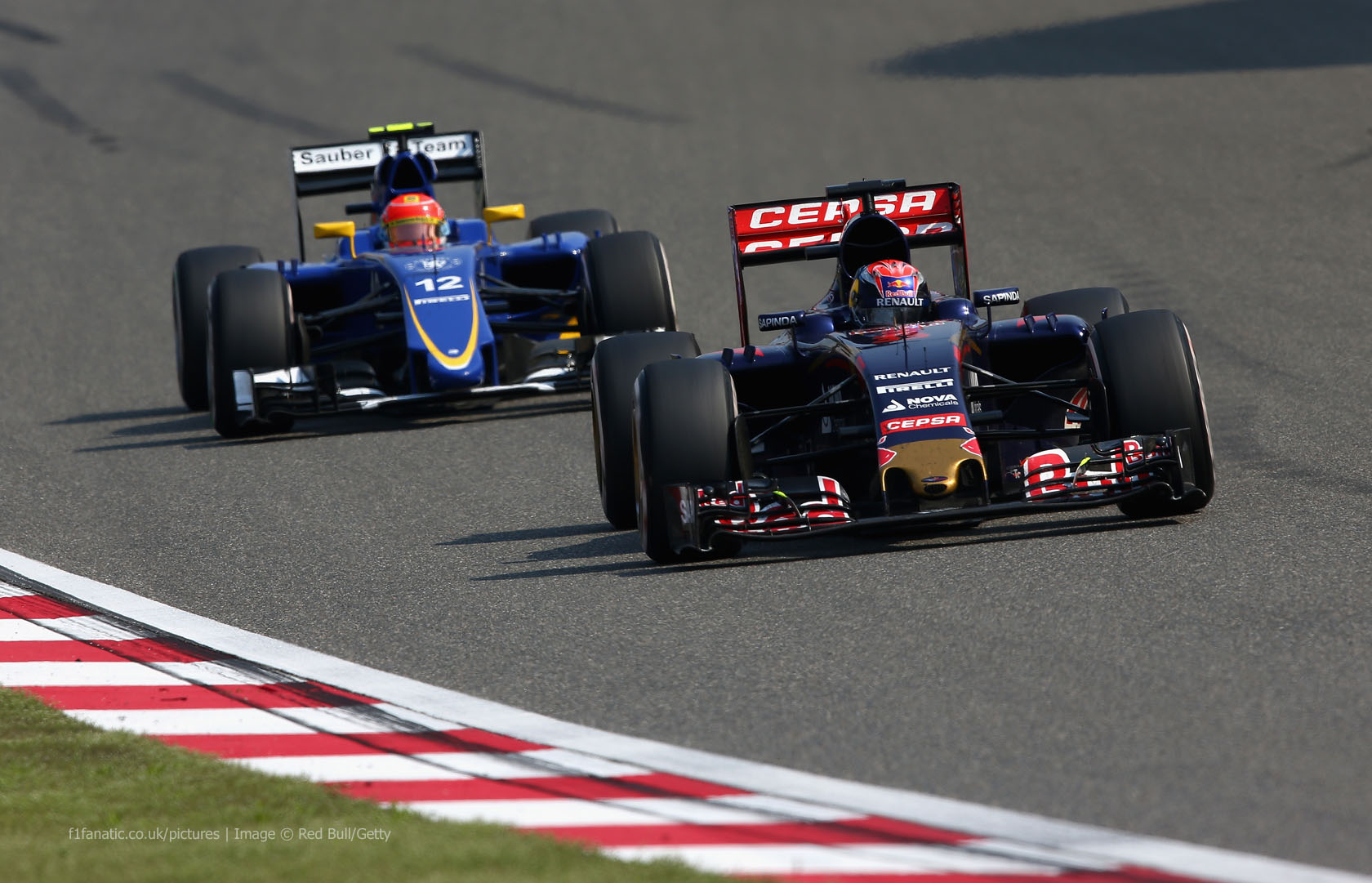 Max Verstappen has described his retirement during the closing stages of the Chinese Grand Prix as ‘very frustrating’.

The Toro Rosso driver was on course for a second consecutive points finish in eighth place before a drive train problem ended Verstappen’s chances with just four laps remaining.

“It’s a disappointing way to end what was being a great race,” said Verstappen. “To be running in the points positions but then have to stop the car so close to the end of the race is very frustrating.”

Before forced out of the race, Verstappen had been one of the outstanding performers of the afternoon, pulling off a series of daring and skillful moves on Marcus Ericsson and Daniil Kvyat as the 17-year-old made his way through the field.

“I think the one on Ericsson was quite nice, it was very late braking!,” said Verstappen. “It was good. I enjoyed all the moves.”

It was a frustrating day for Toro Rosso with the team failing to score any points after Carlos Sainz Jr lost a heavy amount of time when he was struck by a temporary gearbox issue. But Team Principal Franz Tost was full of praise for his youngest driver’s performance.

“He [Verstappen] drove very competitively and showed a great performance by overtaking and controlling his direct competitors,” said Tost.

“Unfortunately, with four laps to go, we had an issue with the drivetrain which meant he had to retire. We now have to investigate what the exact reason is.”