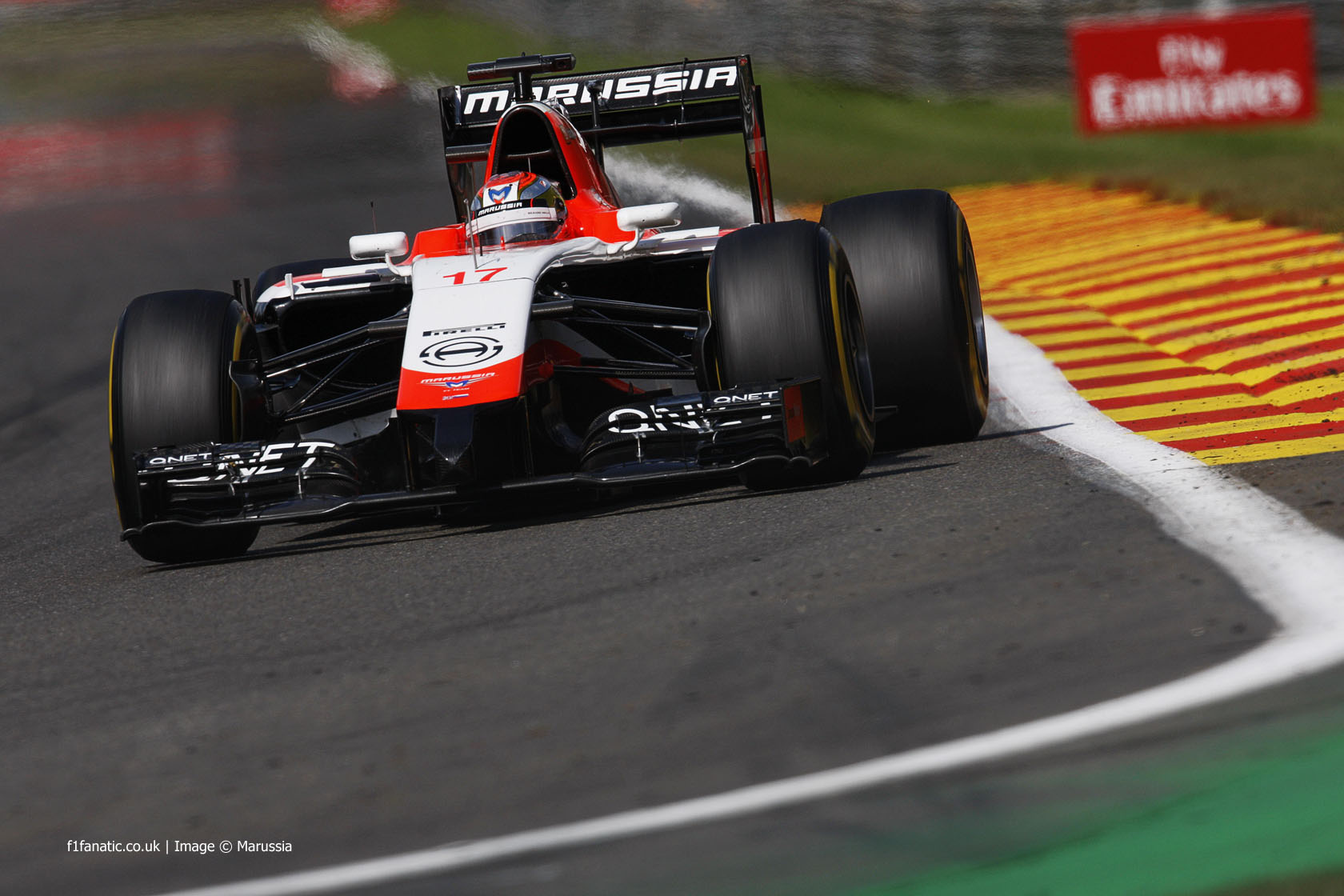 In the round-up: Jules Bianchi’s father Philippe has told a French newspaper that his son is still in a comatose state following his tragic Japanese Grand Prix accident.

"Philippe Bianchi: 'Every day, Jules is running a marathon. All of his organs are working without assistance. But, for now, he remains unconscious. He's moving forward. So we hope for a new evolution. The next one would be for him to get out of his coma.'"

"I don't see a reason why not. We have made big gains and we will continue to make big gains during this year. Obviously everybody will improve, so it depends what the rest are doing, but we are definitely going the right way and doing the right things."

"Arrivabene: 'In Malaysia I was talking with him after practice and we know each other for many years, and I said to him 'Kimi, if you are attacking for nothing, expect me to react', but Kimi likes this kind of relationship when you talk with him straight into the face.'"

"Christian Horner: 'As Ferrari has demonstrated, things can be turned around pretty quickly when you've got a clear direction and a clear focus. Whatever we can do from our side, because we are reliant on each other, in order to assist Renault understand their current issues, there's no bigger priority.'"

Honda to ‘power up’ engine in Bahrain (F1i)

"Eric Boullier: 'Reliability was a constant problem for us so today is a very good achievement and we know which steps we can still get out of this engine so already from Bahrain we can power up a little bit the power unit. In Barcelona then we have another spec coming, we keep going and improving every race'"

"David Coulthard: 'There is no doubt that Fernando is still a great driver. I think he will comeback and have success in the future. But he has to take responsibility for his decisions and he doesn't always appear to be most competitive.'"

"Yang Yibin: 'Changes have to be made to the sport. UBS was the title sponsor of last year’s Chinese GP, but they didn’t extend the contract this year, and there must be a reason for it. Maybe we can expect something new when we go into the post-Bernie (Ecclestone) era.'"

"Watching the LMP1 cars being flung through the Becketts complex in the closest competition while also dodging around the GTE cars showed driving skill of a kind you rarely if ever see in F1. The track is also far busier, with almost half as many cars again starting in Silverstone as in China."

The Champ is in town, @LewisHamilton spotted earlier at the airport #F1 #BahrainGP pic.twitter.com/7mN7QsXZ3C

Nice to see @McLarenF1 making progress. Both cars finishing the race this weekend is an achievement. #BelieveInMcLarenHonda

Well arrived in Bahrain this morning ✈️ And already looking forward to having a better race here in the coming weekend! #F1 #BahrainGP #77

After enjoying the opening round of the WEC at Silvestone, @countrygent highlights three areas where Formula 1 could learn from its sportscar counterpart…

I can condense an excellent ten hours of endurance racing at Silverstone into the weekend into three statements:

1) The WEC has shown an excellent understanding of the core fans’ desires by introducing Le Mans-style starts for each race and has never seemingly done anything to infringe on the the purity of the spectacle.

2) Motorsport requires variety – would the Formula Ford-style duel between Fassler and Jani been possible without having vastly different packages? Since the WEC’s core appeal is its variety, by putting 1000bhp+ prototype monsters on the same racetrack as a V8 Ferrari that is nineteen seconds slower, is motorsport necessarily improved by homologation?

3) F1 has no monopoly on driving brilliance. The weekend efforts of Neel Jani, Mark Webber, Sam Bird, Tristan Gommendy, James Calado and especially Andre Lotterer amount to as hearty a portion of driving skill as any Grand Prix. In Lotterer the WEC has, had he got his F1 chance, a likely F1 frontrunner.

Are you listening, Bernie?
@countrygent

On this day 30 years ago the Long Beach Grand Prix, formerly a round of the F1 championship, was held as an IndyCar race for the second time and won by 1978 F1 champion Mario Andretti. Here’s the start of the race: