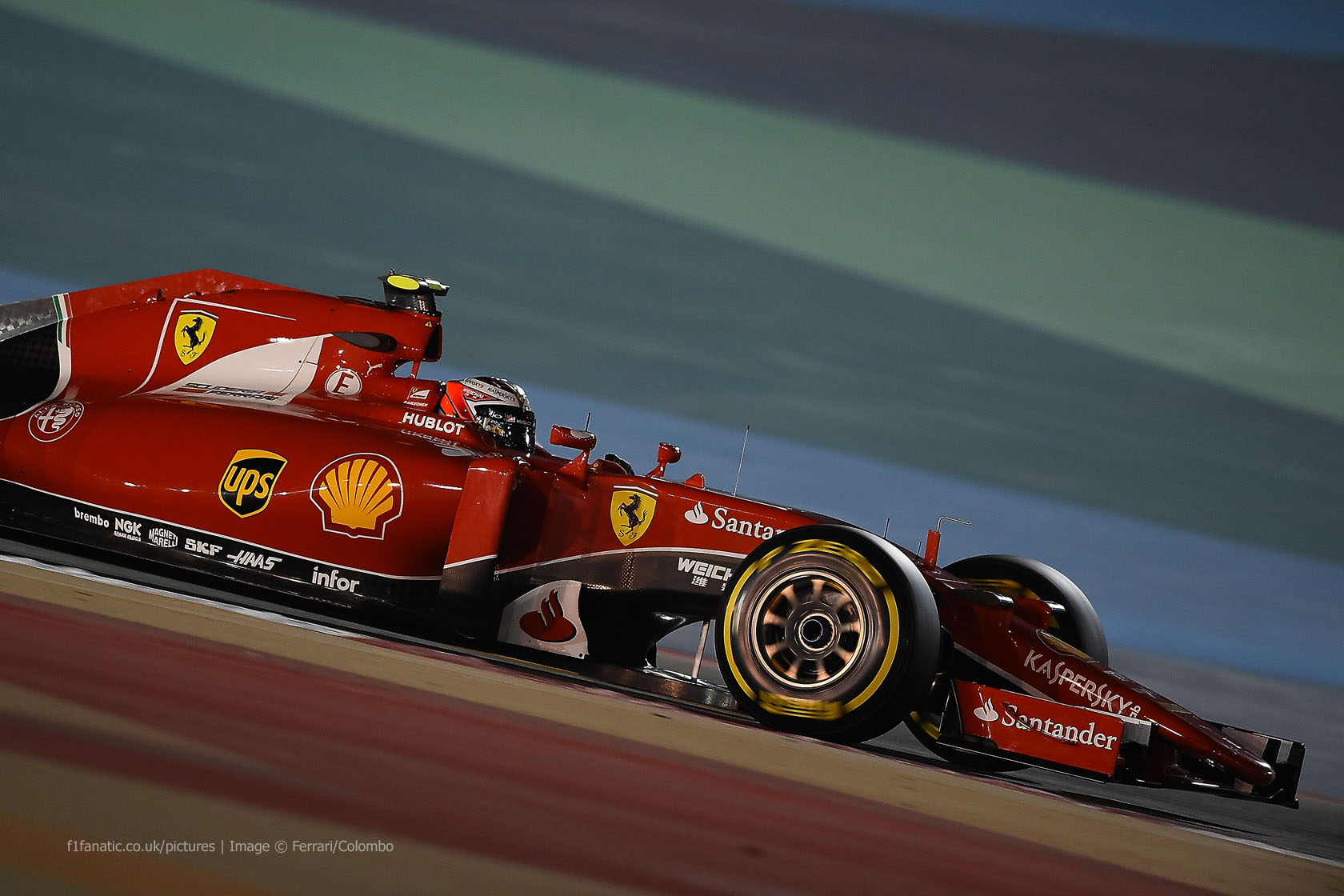 Lewis Hamilton and Kimi Raikkonen topped the Driver of the Weekend polls for the Chinese and Bahrain Grand Prix.

Hamilton’s controlled win in China earned him 44.5% of the vote, although Max Verstappen’s feisty drive, which went unrewarded after an engine failure, saw him voted a close second.

Meanwhile Raikkonen’s late race charge in Bahrain undoubtedly went some way towards the 55.2% of the vote that saw him top the poll. With the exception of Q1, Hamilton topped every session of the weekend, culminating in a win that was considerably more dominant than it appeared.

The reigning world champion controlled his pace and managed his tyres to perfection, even able to pull out two laps over a second quicker than his previous best just prior to his second stop, something that infuriated his team mate.

From then on Hamilton cruised to the end to pick up a second win and hat rick of the season.

For me it was very tough between Hamilton and Verstappen, but went for Hamilton simply because the way he dictated the race. He is right now at his career best form, looks very calm and has few tricks in his bag which he uses at will.
@mjf1fan

My driver of the weekend was Hamilton, he dominated all weekend and controlled the race superbly making sure he did just enough to win when there were questions going in to the race about Mercedes tyre wear compared to Ferrari.
@pja Raikkonen was once again out-qualified by Vettel in Bahrain, but used a smart strategy to attack in the latter half of the race and almost nick a surprise win.

Having dropped off of the top three in the opening stint Ferrari decided to try something different in the second stint and stick Raikkonen on a set of hards, saving the softs for the end.

Despite insistence from Raikkonen that he wanted to stay on the hard tyres, Ferrari swapped him over as planned, and Raikkonen duly delivered the lap time. He was gifted third and then second thanks to a mistake from Vettel and issue for Rosberg respectively, but would likely have overtaken them both anyway.

He then closed dramatically on race leader Hamilton – even more so when the Mercedes driver’s brake-by-wire failed on the final lap – and would likely have taken a surprise win had the race lasted one more lap.

Great in race and proved to many that he still is a top notch driver despite last season. Very comfortable in extending his stints and take its benefit in the end.
@mjf1fan

Made the difference in his car from it being third and fourth and delivered second. In this aspect he finished in a position he shouldn’t have. You can’t really say the same with Hamilton who was flawless none the less.
@brum55

Notable performances in China and Bahrain In both China and Bahrain, two drivers shared the majority of the vote. Verstappen had just 14% less of the vote then Hamilton, with most of his voters marking his barrage of overtakes out as the reason.

Verstappen. He was barely the only overtaking driver this weekend. The man is fast.
@jeff1s

I voted for Verstappen as he was showing phenomenal skill AND he was exciting to watch.
@tribaltalker

In Bahrain, Hamilton was voted as the closest driver to Raikkonen courtesy of his third win from four races, albeit with 34% less of the vote.

If the poll was “Driver of the Race” would be Raikkonen, but since it’s “Driver of the Weekend” has to be Hamilton.
Raikkonen lost the qualifying duel from his team mate. Hamilton instead dominated Rosberg on every level and won a perfect grand prix driving like hell for the whole race.
@liongalahad

Hamilton made the best start and controlled the race pace and despite his five-second lead being wiped out as Rosberg and Raikkonen closed on him at the second stint, Hamilton still pulled out another margin and comfortably controlled the race. It was an amazing display of tyre management without going too slow.
deano4u

While @keithedin voted for the driver who produced arguably the most spectacular moment of the Bahrain race:

Ricciardo – for showing how to finish a race with a Renault power unit like a boss.

38 comments on “Driver of the Weekend wins for Hamilton & Raikkonen”