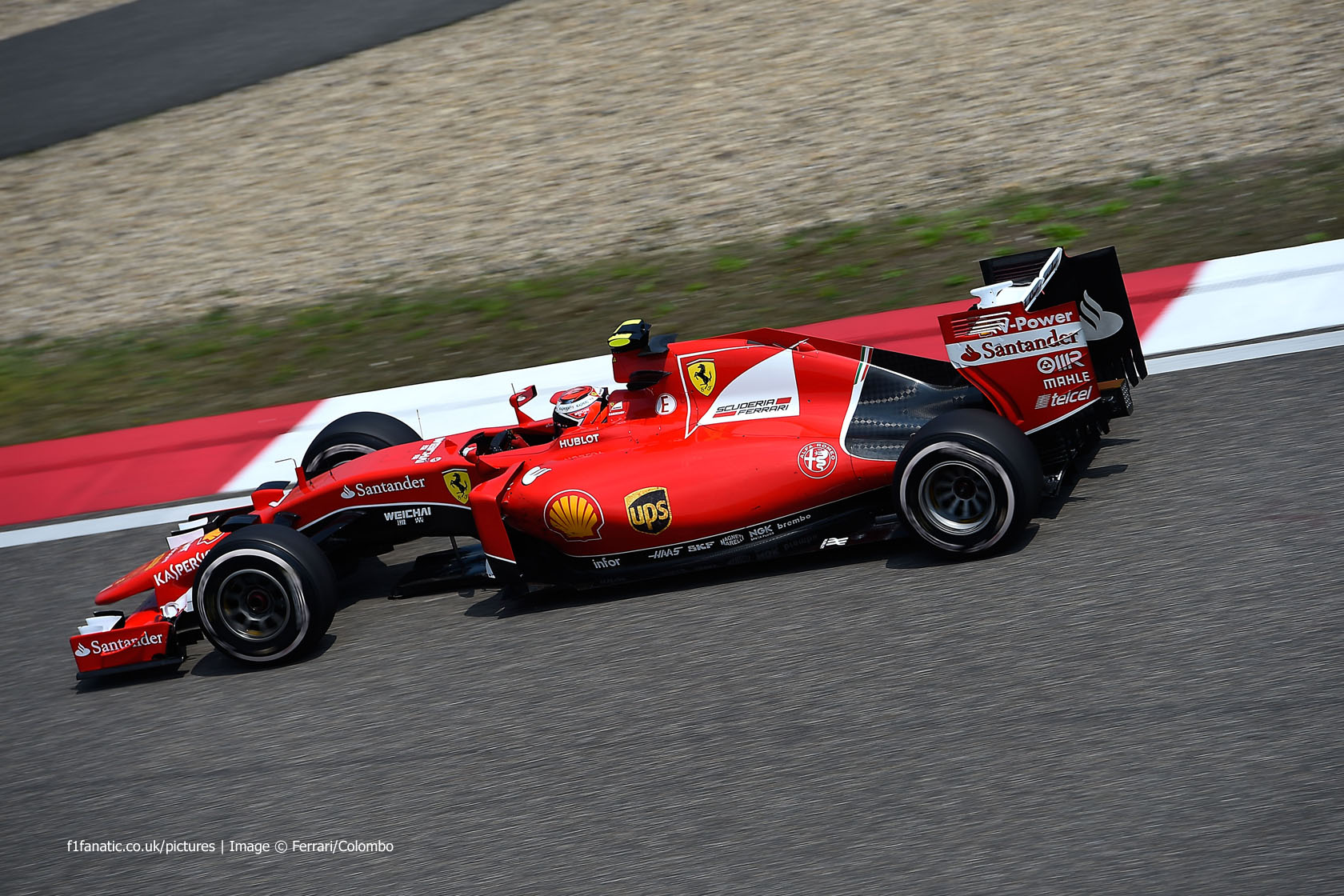 A few new sponsors appeared in the last two rounds of the championship while some teams had to adjust their liveries because of alcohol advertising rules.

However there were red faces at Ferrari when it was discovered that one of their sponsors had inadvertently placed an unacceptable image on the side of their car. What would Enzo Ferrari have made of the sight of a rude cartoon appearing on the side of one of his grand prix racers? That’s what happened to Ferrari in Shanghai after UPS invited fans to submit images to create a version of their logo which was affixed to the SF-15Ts. Once the graphic was spotted a substitute was quickly arranged. The logo of children’s charity Laureus appeared on the rear wing of Nico Rosberg’s car during the Chinese Grand Prix. The charity, for whom Rosberg has been an ambassador for since 2013, helps fund sports related community projects around the world for young people in poverty. Rosberg later signed and auctioned off his race-suit to raise money. Lotus came to Bahrain with two new logos on their car. The world governing body of karting, CIK-FIA, appeared alongside the text “Go karting” between the sidepods and front suspension. The logo of helmet manufacturer Bell also appeared on the side of the airbox. Bahrain is the first race on the calendar where local advertising regulations impinge upon teams who have alcohol sponsors. Force India swapped their usual Royal Challenge logos with NEC on the side of the car and Claro on the front wing. Due to advertising regulations on alcohol, Williams had to change their Martini logos in Bahrain.

As last year in Bahrain they replaced them with the text ‘racing’, though in Abu Dhabi they went one step further and removed the red colouring altogether.