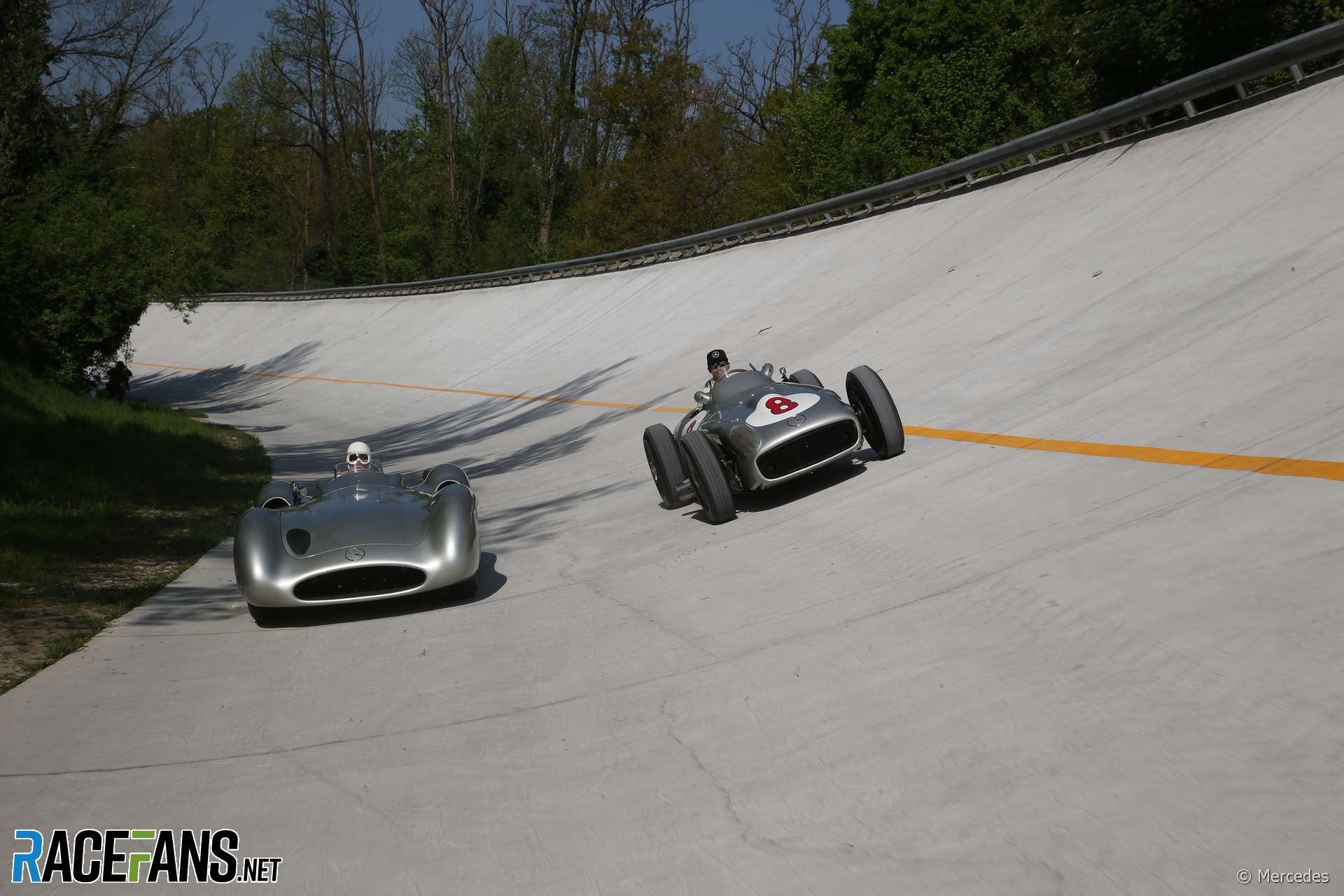 The team was marking the upcoming 60th anniversary of its last race before withdrawing from F1 competition at the end of 1955. Their last race saw Moss finished second to team mate Juan Manuel Fangio in the Italian Grand Prix held on the 10-kilometre banked track, the pair driving Mercedes’ dominant W196 cars.

That year also saw Moss win Italy’s gruelling Mille Miglia road race at the wheel of a Mercedes 300 SLR. Example of both cars were driven by him and Hamilton at Monza.

“People try to compare modern day drivers to guys like Stirling but it’s just impossible,” said Hamilton. “What we do today is so different with all the electronic systems and so on. Back then, it was just raw machinery and raw drivers with balls of steel – they really were supermen.”

“Back then, they would set off for each race knowing there was a good chance they might not come back alive,” he added. “After driving this car I got only a sense of what that must have been like. I think mentally I might have been crazy enough to race with those guys.”

Mercedes pulled out of racing at the end of 1955 following the involvement of one of its cars in a crash at the Le Mans 24 Hours which killed over 80 spectators and the car’s driver, Pierre Levegh. Monza’s banked track was also used for the last time following an accident in which a car went into the crowd in 1961.

Pictures: Hamilton and Moss on the Monza banking

21 comments on “Hamilton and Moss take to the Monza banking”