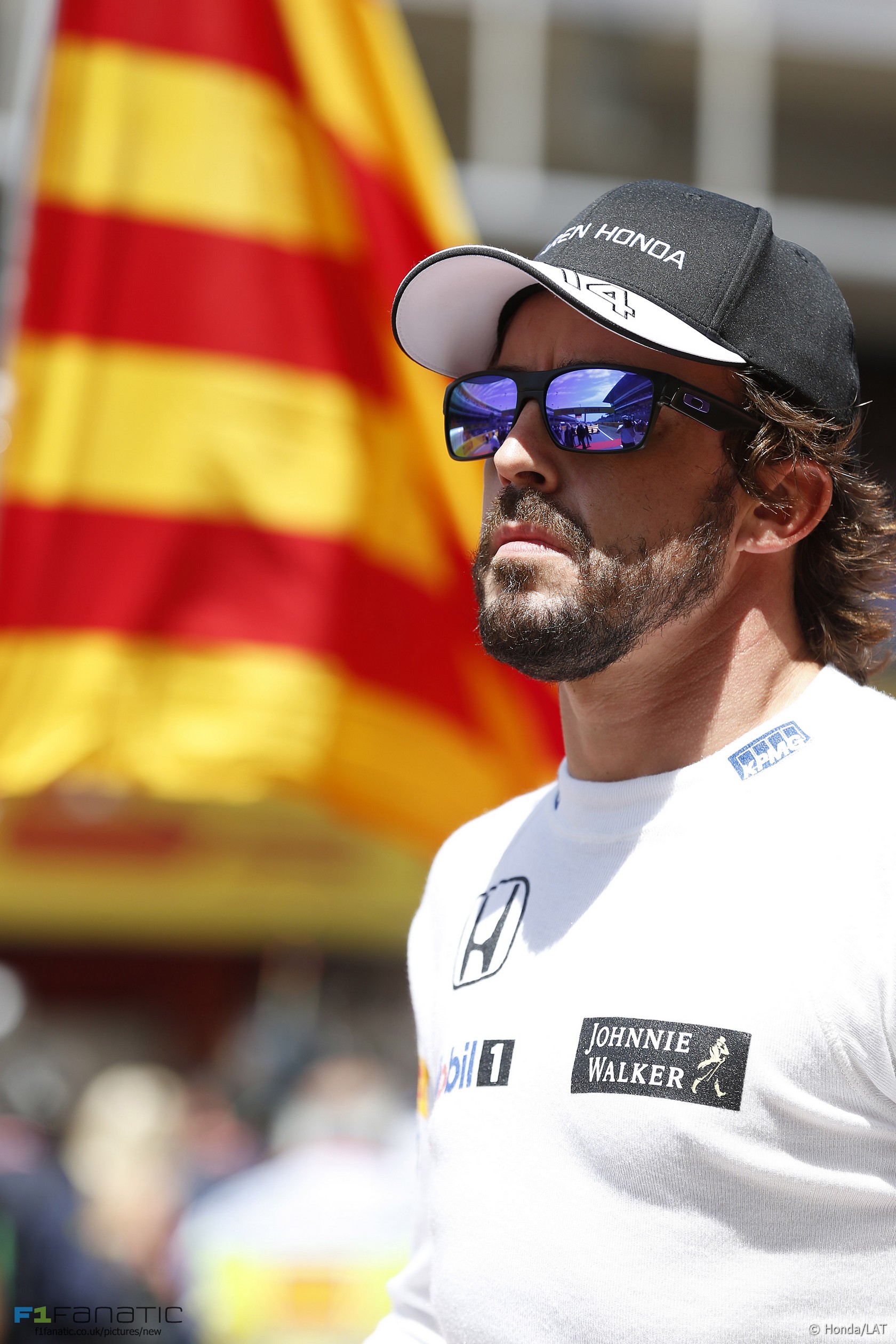 In the round-up: Fernando Alonso says the gap between Ferrari and Mercedes in Spain shows he was right to leave the team.

F1 Fanatic is run thanks in part to the generous support of its readers. By contributing £1 per month or £12 per year you can help cover the costs of creating, hosting and developing F1 Fanatic today and in the future.

Become an F1 Fanatic Supporter today and browse the site ad-free. Sign up or find out more via the links below:

"I was in the Ferrari last year half a minute, a minute behind Mercedes and on Sunday they were 43 seconds behind in Barcelona. Nothing has changed – and that is one of the reasons why l moved."

"The problem is the engine situation. I believe Honda thought it wasn’t a problem. I told them it would be" "The biggest difference for me was the power steering, just how easy it is physically compared to a GP2 car. I thought it would be harder, but I actually found it quite easy, so that was nice."

"You will very rarely hear them saying it publicly but, without exception, no-one in F1 likes the construction and compound range of the current tyres, and people are very negative about Pirelli as a result; hardly good PR."

"We've always run a reserve driver in an integral role. The fact that we haven't got that at the moment doesn't mean we couldn't find somebody if we had to. That would be something we could achieve."

"However embarrassing their plight, or however much criticism they receive, I do not think we will ever reach a point where it is attributed to his leadership of the company."

The Right Formula (The Buxton Blog)

"What does seem likely is that the unpopular fuel flow limitations will be removed, allowing more power, more torque and, it is hoped, an end to the hated and much maligned need for drivers to coast during a race. "

"'I will have some news for you in Monaco,' he said after his second place in Sunday’s Spanish Grand Prix."

The @DTM has decided not to move its Nurburgirng round into the July weekend left vacant by @F1's cancelled German Grand Prix. #F1 #F1F

Sign of the times? Not long ago Barcelona was packed for the GP. This was the view minutes before the start…: pic.twitter.com/LyklPnh7Om

Red Bull’s complaining about their engines was overdue an injection of humour. Thank you, Philip:

Why would Red Bull want Audi’s help? They want to be the car in front not two inches off the lead car’s rear end.
Philip (@Philipgb) GP2 drivers Pierre Gasly (above) and Nick Yelloly (above right) made their F1 debuts in testing yesterday with Toro Rosso and Force India respectively.

Vincenzo Sospiri won the Formula 3000 race supporting the 1995 Spanish Grand Prix on this day 20 years ago.

124 comments on “Spain showed nothing has changed at Ferrari – Alonso”