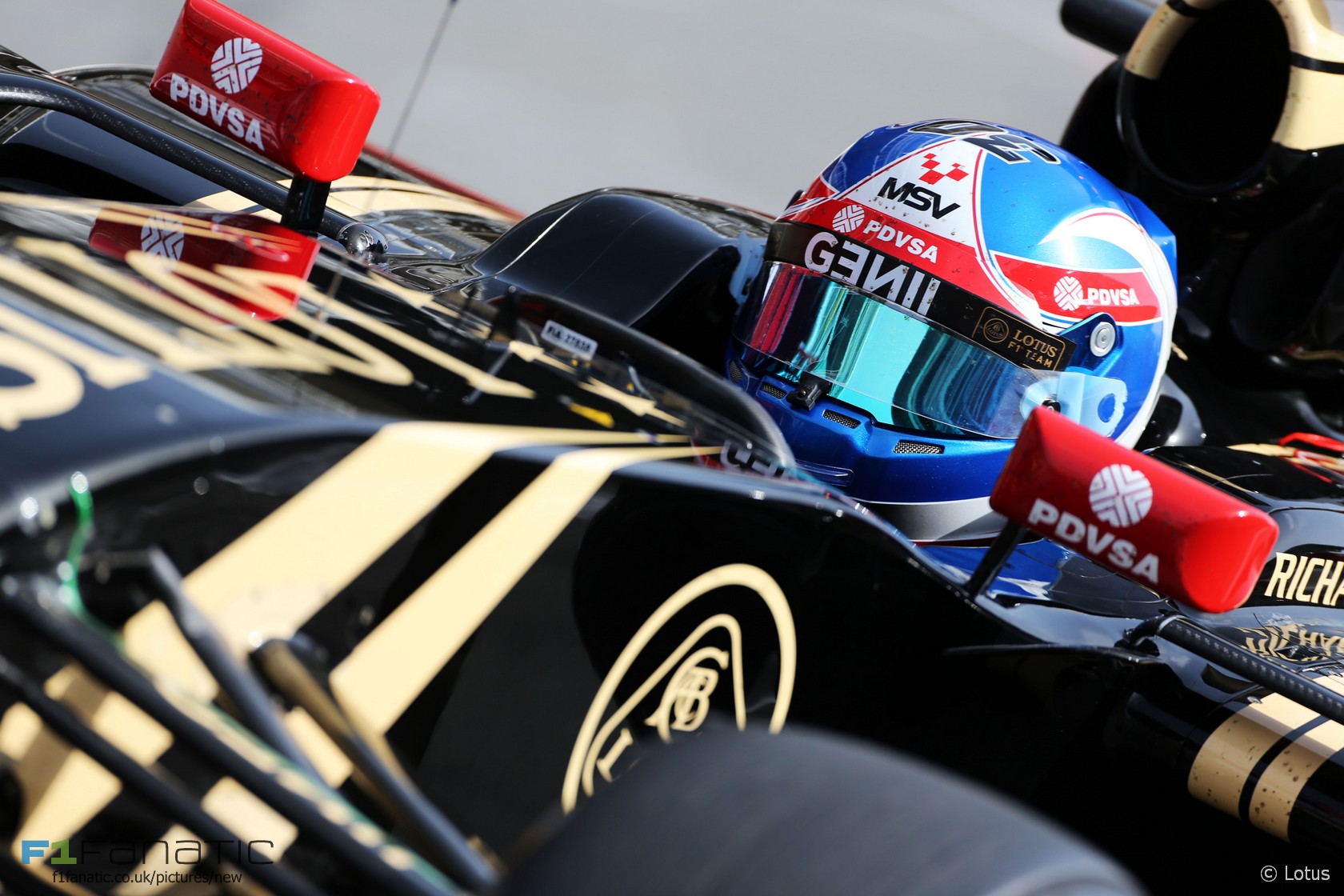 Lotus test driver Jolyon Palmer headed the final day of testing at the Circuit de Catalunya, though his best lap was well off the benchmark set yesterday.

Palmer’s 1’26.080 lap was the fastest of the day, but some 1.7 seconds off the time Nico Rosberg set for Mercedes on the first day of the test.

Pascal Wehrlein, who missed out on driving for Force India yesterday due to illness, took over from Rosberg in the W05 today and was second fastest. Pierre Gasly swapped the Toro Rosso he drove yesterday for a Red Bull and was third.

Jenson Button gave heart to McLaren’s struggling campaign with the fourth-fastest time and 100 laps on the board.

However in terms of mileage once again no one could touch Mercedes. Wehrlein covered 137 laps – nine fewer than Rosberg managed yesterday – and between them Mercedes covered more than four-and-a-quarter race distance in two days.

Raffaele Marciello returned to Sauber having tested for Ferrari yesterday, but spoiled his run with a crash at turn three in the morning. He was able to return to the track later on.