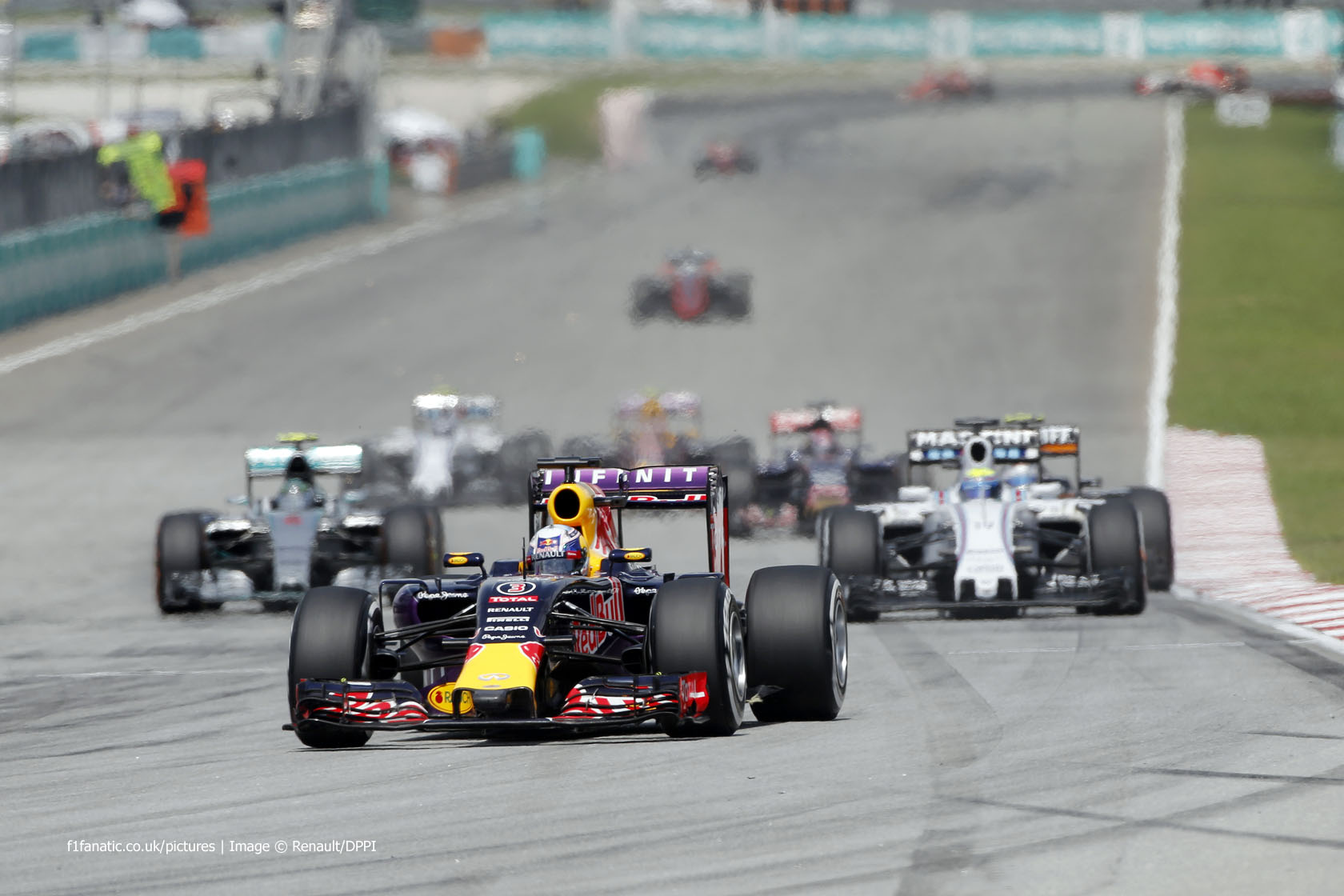 The Formula One Strategy Group has announced plans to make F1 cars at least five seconds per lap faster by 2017.

The return of in-race refuelling has been set for the same year. From next season each team will be allowed to select which two of the four tyre compounds available it will choose for each race.

The planned new regulations, which require the approval of the F1 Commission before they come into force, are part of a package intended to enhance the spectacle of grand prix racing.

An effort to allow teams to use a fifth engine this season was rejected following opposition from some teams on grounds of cost. However no definite plans for further cost savings were announced. Refuelling, which is now set to return after next season, was banned at the end of 2009 as a cost-cutting measure.

An FIA-led initiative to bring costs under control will be discussed by the Strategy Group teams in the coming weeks “in consultation with the other teams involved in the championship”, according to an FIA statement.

“This constructive meeting between the FIA, FOM and the Teams has allowed paving the way for the future of the championship,” said the FIA in a statement.

The Formula One Strategy Group met yesterday in Biggin Hill to exchange views on the current challenges that F1 faces. Besides the statuary members of the group, representatives of the engine manufacturers were also invited.

The Strategy Group members have debated a number of levers aimed at improving the show. An initial series of measures has been voted:

A few other measures have also been discussed but require further investigation before they can be implemented:

Furthermore, in light of the various scenarios presented by the independent consulting company mandated by the F1 Strategy Group, at the initiative of the FIA, to work on the reduction of costs and following a constructive exchange, a comprehensive proposal to ensure the sustainability of the sport has emerged. The Strategy Group member teams have committed to refine it in the next few weeks, in consultation with the other teams involved in the championship. On the engine side, it has been decided that stability of the rules should prevail in consideration of the investments of the manufacturers involved in the sport and to give visibility to potential new entrants. The allowance for a fifth engine to be used during the 2015 season has been rejected.

This constructive meeting between the FIA, FOM and the teams has allowed paving the way for the future of the championship. All parties agreed to work together with an intention to firm up these proposals and submit them to the approval of the F1 Commission and the World Motor Sport Council of the FIA as soon as possible for implementation.