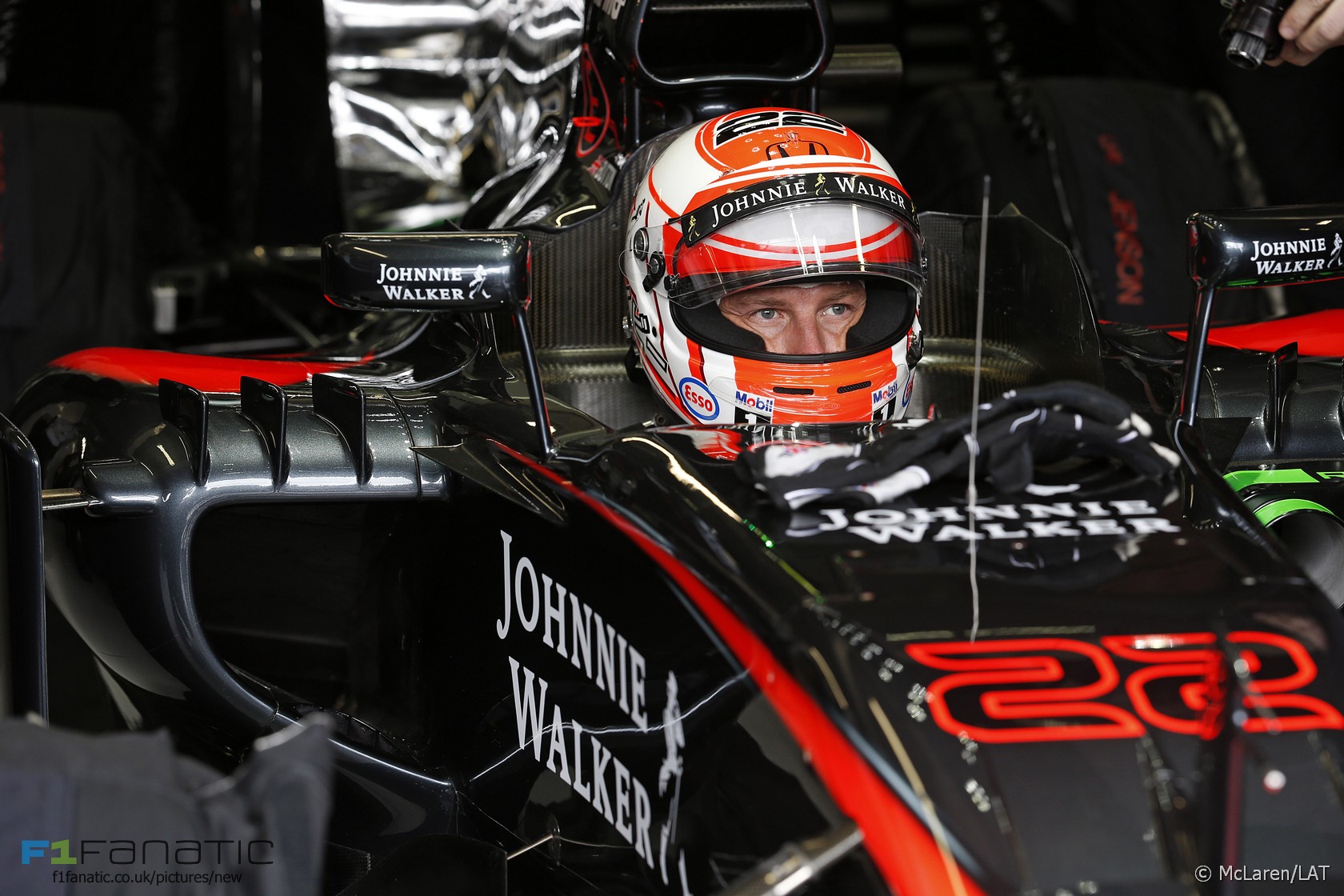 Jenson Button has set his sights on scoring McLaren’s first points of 2015 after coming close to reaching the top ten shoot-out in qualifying.

Button was among the top ten with his first lap in Q2 but he had to back off on his second when Nico Rosberg went off at Sainte Devote, causing the yellow flags to appear.

“There’s always a bit of ‘shoulda woulda coulda’ in qualifying, but I would have easily been inside the top 10 today,” said Button.

“On my final lap in Q2, I lost a lot of time lifting for the yellow flag at turn one. I then gained a lot of it back – I was only a tenth off my best – but it wasn’t enough.”

Penalties for other drivers means Button has already been promoted to tenth from his original qualifying position of twelfth. But he believes there might have been the opportunity to do even better had he been able to participate in Q3.

“I think we could have had some fun in Q3,” he said, “I think we’d have been fighting two or three cars for position.”

“The car felt really good – although we still don’t have enough outright pace – but I have a lot of confidence in it, especially under braking. Today’s performance shows the progress we’re making. The team has done a fantastic job this weekend, and they should be happy because the car is getting better all the time.”

“This is a nice little stepping stone for the future. Our aim tomorrow will be to score points.”