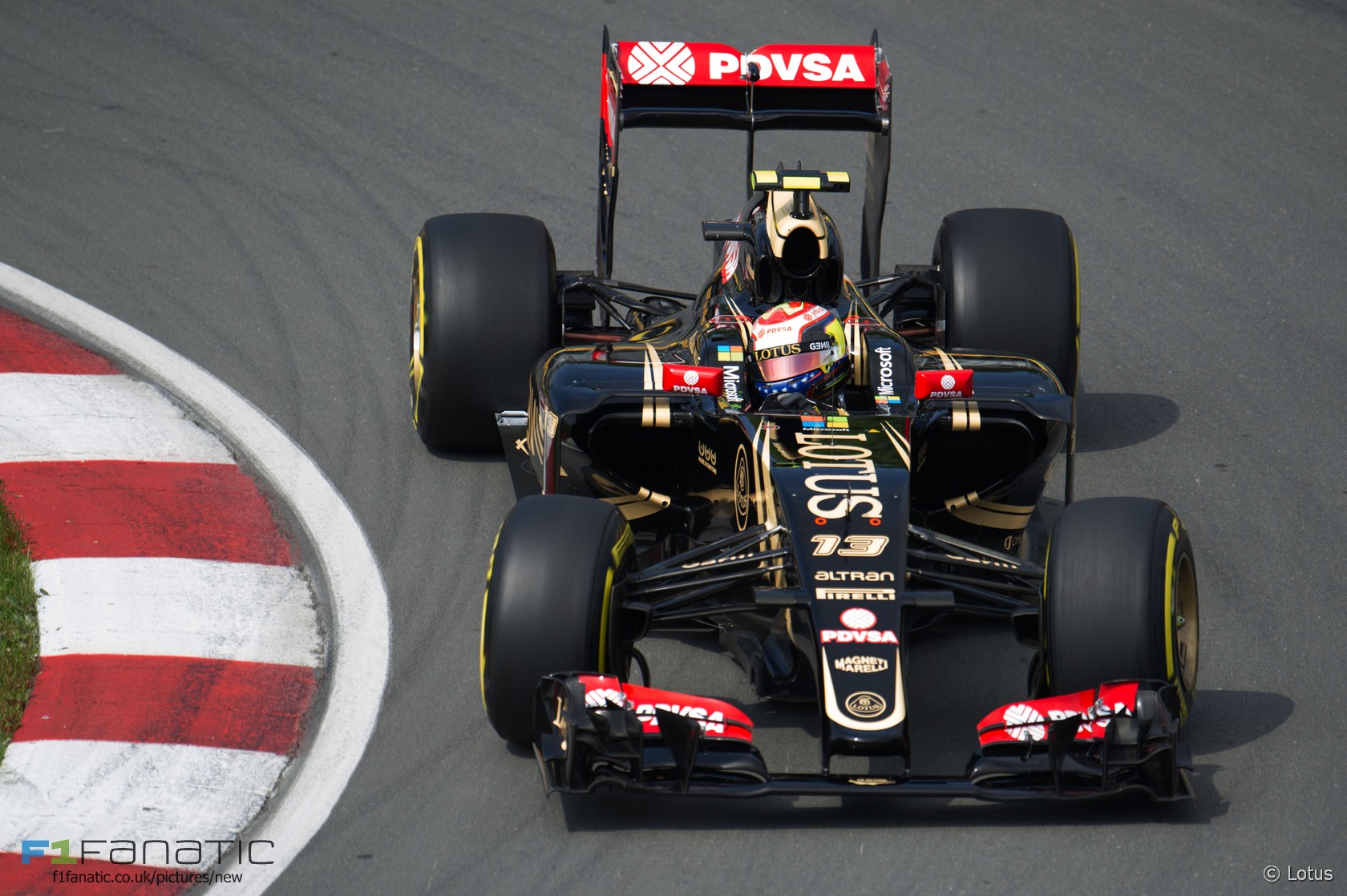 Rain on the first day of practice disrupted teams’ race preparations for the second weekend running. But unlike in Monaco all were able to test the softer compound for qualifying and even string a few laps together to evaluate tyre performance over a race stint.

From the word go, Lotus looked in good shape at the Circuit Gilles Villeneuve. Romain Grosjean, who was the fastest driver not in a Mercedes W06 in first practice, said his car “felt good straight away and we had a set-up which worked well”.

Pastor Maldonado backed up his performance in second practice, where they slipped behind the Ferraris. His time ensured Lotus remained the quickest Mercedes-powered customer team – ahead of the two Williams drivers.

However Valtteri Bottas was not concerned by the times posted by the Enstone cars. “Today we were as competitive as we have been on any Friday this year,” he said, “so we should be looking at least at the same kind of performance as in Barcelona”.

Aside from the Force Indias, all the Mercedes-powered teams have the benefit of new engines for this weekend, at a track where straight-line speed is crucial. Both Red Bull drivers, who are already on their fourth engines and will take a penalty next time they change one, have decided to stick with their current units. “We will keep pushing with this engine and when we need to change it, we’ll change it and deal with penalties then,” said Daniil Kvyat. Despite losing almost a third of the day’s running due to rain – and Kvyat being hampered by a brake problem – Red Bull managed to evaluate four set-ups between their two cars. Nonetheless they may find their lack of horsepower confines them to the lower reaches of the top ten.

In second practice the two Ferrari drivers were very closely-matched and little more than three tenths of a second behind Lewis Hamilton’s Mercedes. This probably flatters their performance deficit – Hamilton looked to have more time in hand with a clean lap – but not for the first time this year their long-run pace was strong, at least until the rain curtailed their running.

Whether their upgraded power unit will allow them to narrow the deficit to Mercedes is something we won’t know until they turn them up fully for what should be an exciting qualifying session.