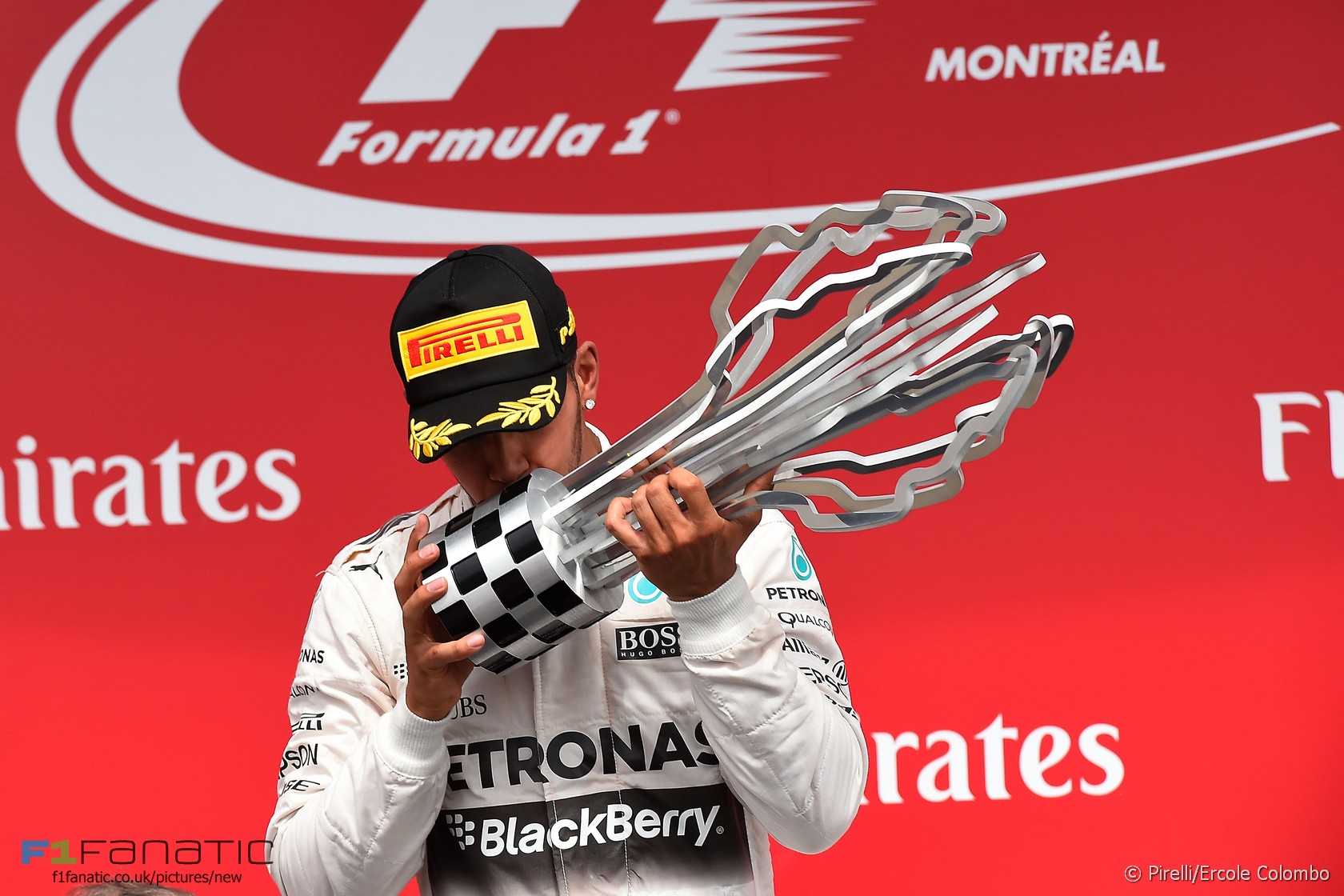 Lewis Hamilton could equal a record which has stood for 45 years at the next round of the championship.

Hamilton’s victory in Canada means he has now led 16 races in a row, beginning with the Hungarian Grand Prix last year. He needs one more to match the record of 17 set by Jackie Stewart between the 1968 United States and 1970 Belgian Grands Prix.

The championship leader led all bar one of the 70 laps at the Circuit Gilles Villeneuve. His career total now stands at 2,143, moving him ahead of Nigel Mansell. Only four drivers have led more laps: Michael Schumacher, Ayrton Senna, Alain Prost and Sebastian Vettel.

Along with his 37th win Hamilton took his 44th career pole position – appropriately for the driver of car number 44 – which moved him within one of the driver in third place on the all-time record list. That is Sebastian Vettel, who with 45 pole positions has the most of any driver currently competing.

Hamilton also equalled Vettel’s best run of consecutive front row starts with his 14th. But he needs to keep going for ten more races to equal the record set by Ayrton Senna. That would take Hamilton until the Mexican Grand Prix in November. Third on the grid for Kimi Raikkonen was his best in over two years, when he was second for Lotus at Shanghai in 2013. Lotus also had their best two-car qualifying performance since 2013 – fifth and sixth the highest they’ve seen since Hungary that year. For Pastor Maldonado, sixth was his best since he lined up third at Abu Dhabi in 2012.

Raikkonen also out-qualified Vettel for the first time this year. Roberto Merhi did the same to Will Stevens, which means there are no drivers on the grid who haven’t out-qualified their team mate at least once this year.

In the race, Raikkonen set the fastest lap for the 42nd time in his career. That puts him on his own in second place on the all-time ranking, with one more than Prost and needing 25 more to catch Schumacher.

Valtteri Bottas became the first driver not in a Mercedes or a Ferrari to finish on the podium this year. And Pastor Maldonado scored his first points of the second, leaving only the Manor drivers and Fernando Alonso yet to score.

Have you spotted any other interesting stats and facts from the Canadian Grand Prix? Share them in the comments.