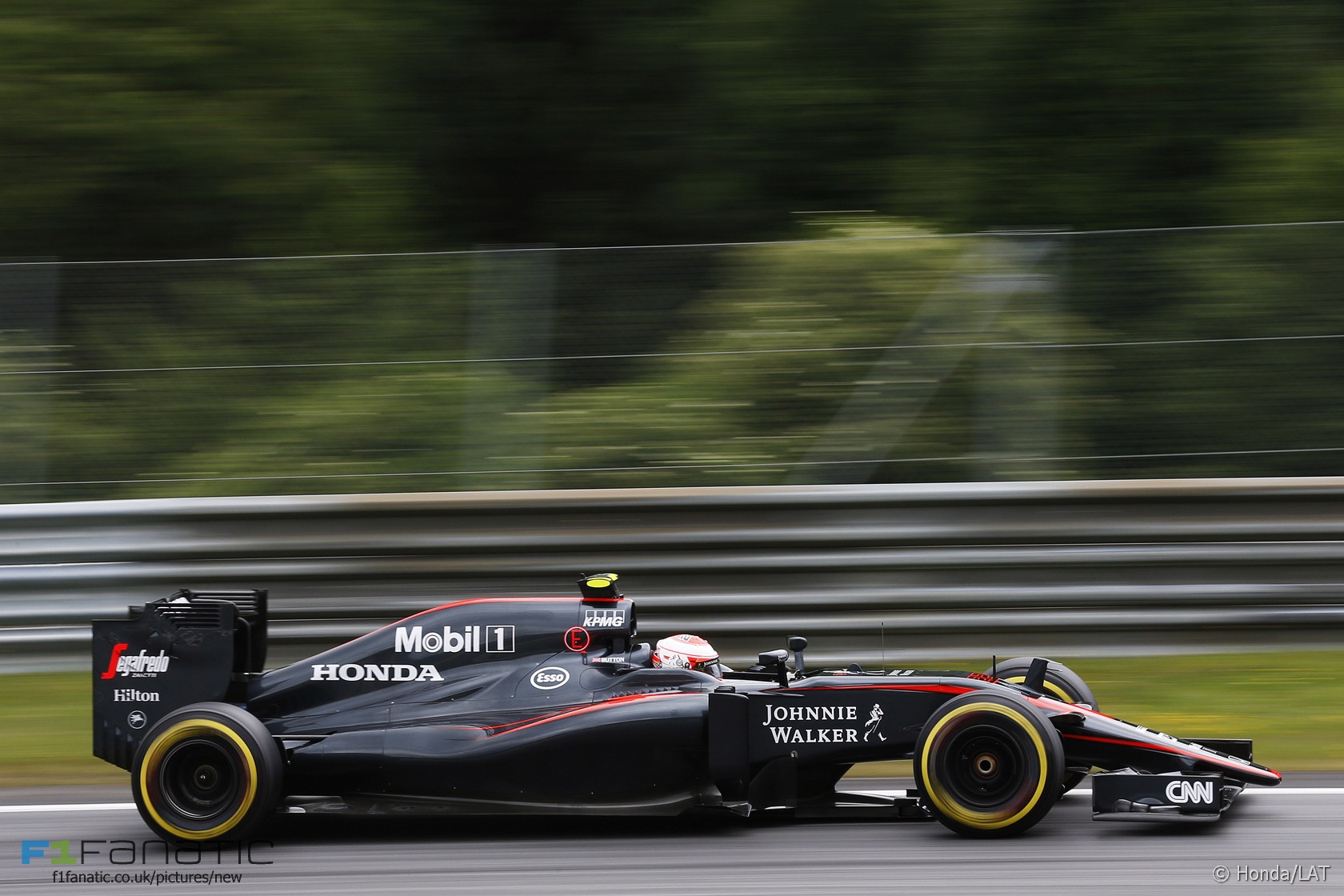 Jenson Button and Fernando Alonso will be penalised a total of 50 places on the grid for the Austrian Grand Prix.

Each driver will be docked 25 positions as the team replaces a raft of power unit components on their cars.

Button will take his fifth engine and MGU-K and his sixth turbocharger and MGU-H, for which he will receive three five-place penalties and one ten-place penalty.

A 20 place grid penalty for Alonso was announced yesterday. However he has now also replaced his gearbox and, as it has not been used for six consecutive races as required under the rules, he will be penalised a further five places on the grid. That brings the team’s total up to 50.