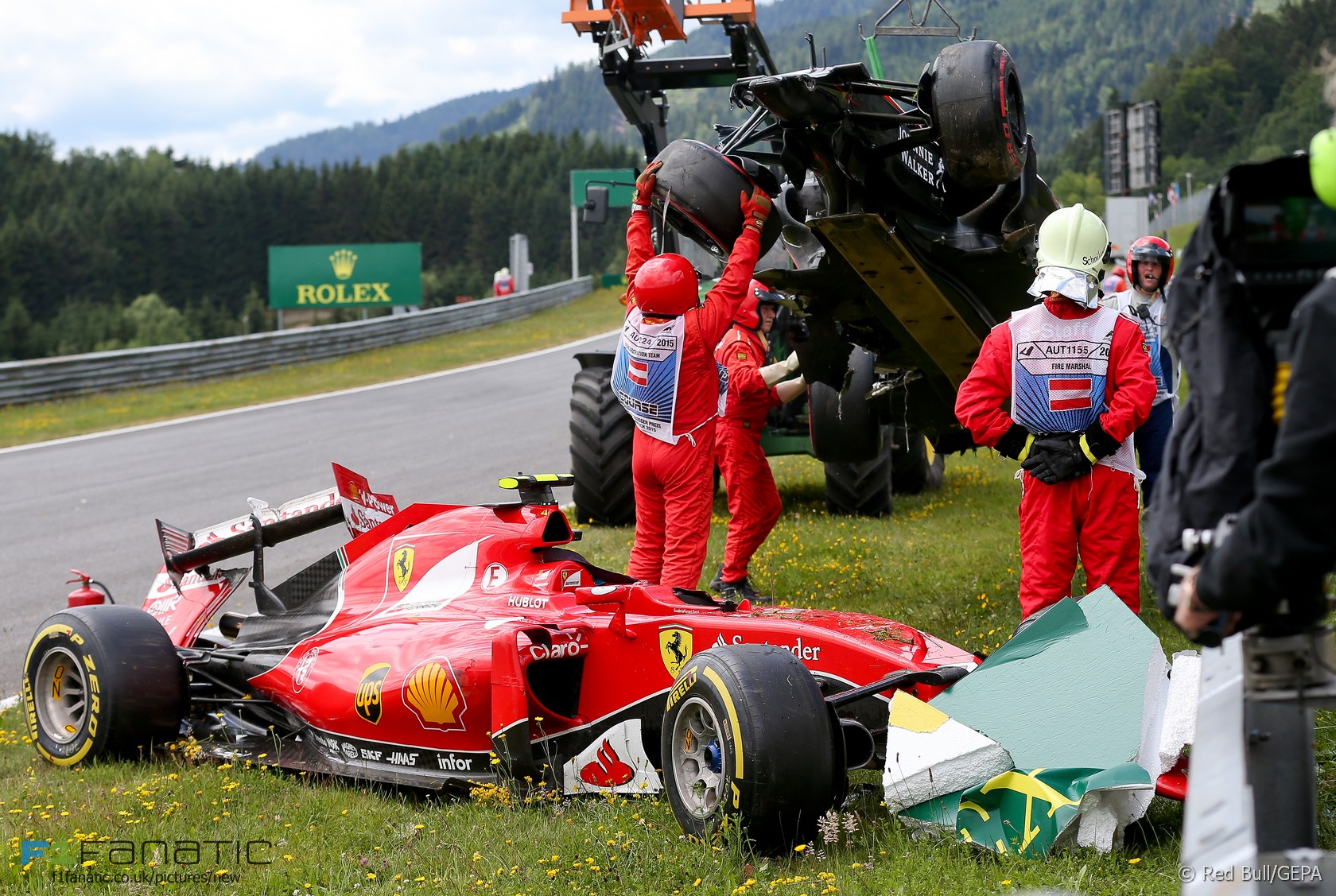 The first-lap crash between Kimi Raikkonen and Fernando Alonso’s crash showed further improvements need to be made in the area of driver cockpit safety, according to Nico Rosberg and Felipe Massa.

Alonso’s car landed on top of Raikkonen’s and its right-hand sidepod passed close to the driver’s head. Alonso found himself in a similar situation in Belgium three years ago when Romain Grosjean rode over the front of his car.

The FIA has previously investigated whether Formula One cars need to have closed cockpits. “We know that that’s an area of concern still, this open cockpit and the risks that there are in that sense,” said Rosberg when asked about it after the race.

“Of course it’s an ongoing investigation to try and improve the safety, step by step and we need to see what we can do about it in the near future.”

Felipe Massa, who was seriously injured after he was struck by a piece of debris during qualifying for the 2009 Hungarian Grand Prix, agreed that work must continue in this area.

“I don’t know if completely closing the cockpit… We have some improvements to do – we need to do it.”

Last year Jules Bianchi suffered serious head injuries after colliding with a recovery vehicle during the Japanese Grand Prix. An investigation concluded that enclosing the cockpit would not have “mitigated his injuries”.