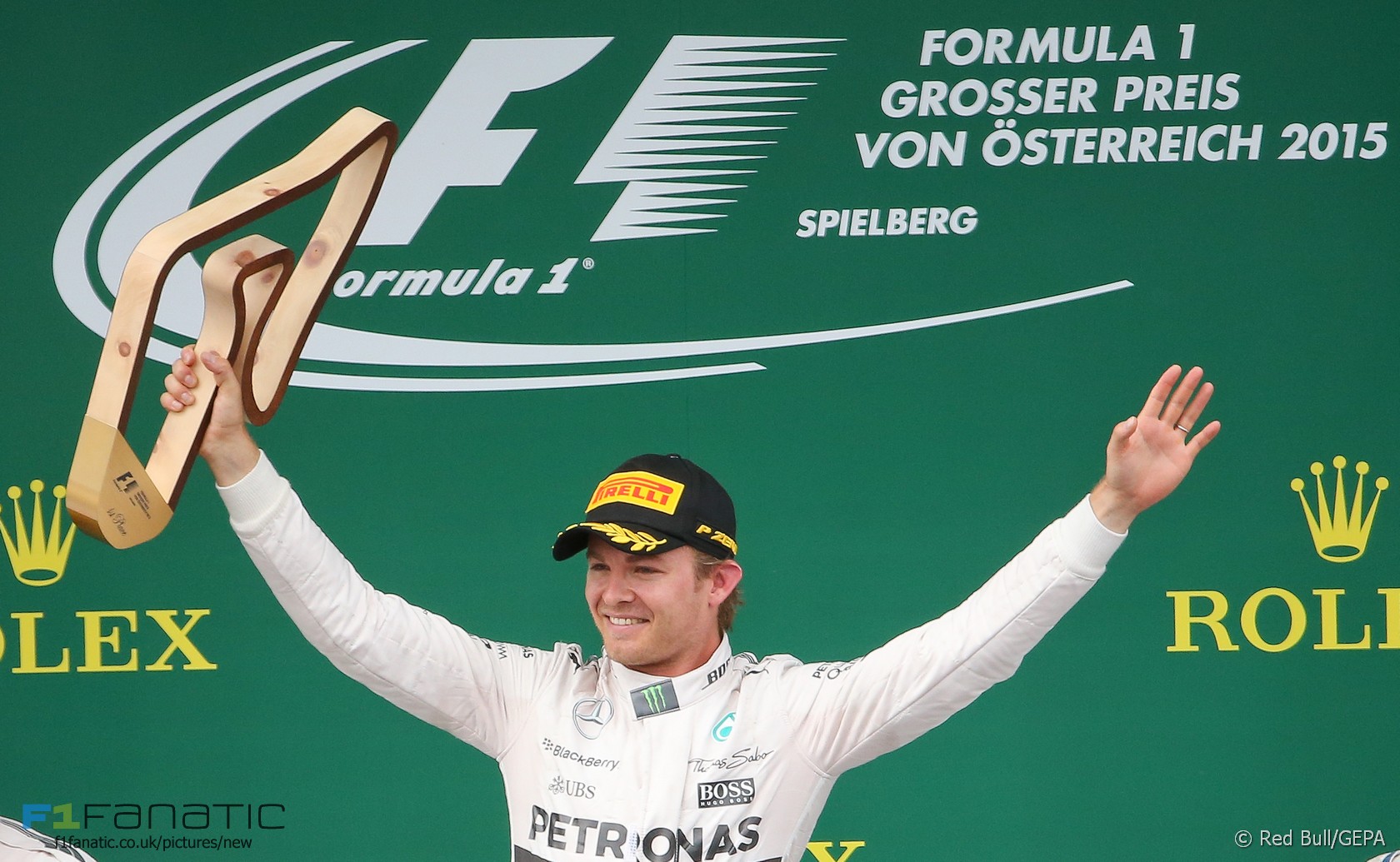 Rosberg overtook Hamilton as soon as the lights went out at the start of the race, and withstood mid-race pressure from his team mate as the pair made their single pit stops.

The pit stop proved Hamilton’s undoing, as he crossed the line marking the pit exit. The stewards handed him a five-second penalty, making his goal of beating Rosberg even more difficult.

Hamilton did not need to worry about losing his grip on second place as a slow pit stop took Sebastian Vettel out of contention. That promoted Felipe Massa, giving the Williams driver his first podium finish of the season.

Valtteri Bottas had to pass Nico Hulkenberg twice as he led the Force India driver home for fifth as he too had a slow pit stop.

Seventh placed changes hands in dramatic fashion in the dying moments of the race, as Pastor Maldonado swerved around Max Verstappen, fighting hard to keep his Lotus under control. Sergio Perez and Daniel Ricciardo completed the top ten.

There were 14 cars still running at the end, but Kimi Raikkonen and Fernando Alonso weren’t among them as they collided heavily on the first lap. The McLaren ended up perched on top of the Ferrari, but both drivers were unhurt.