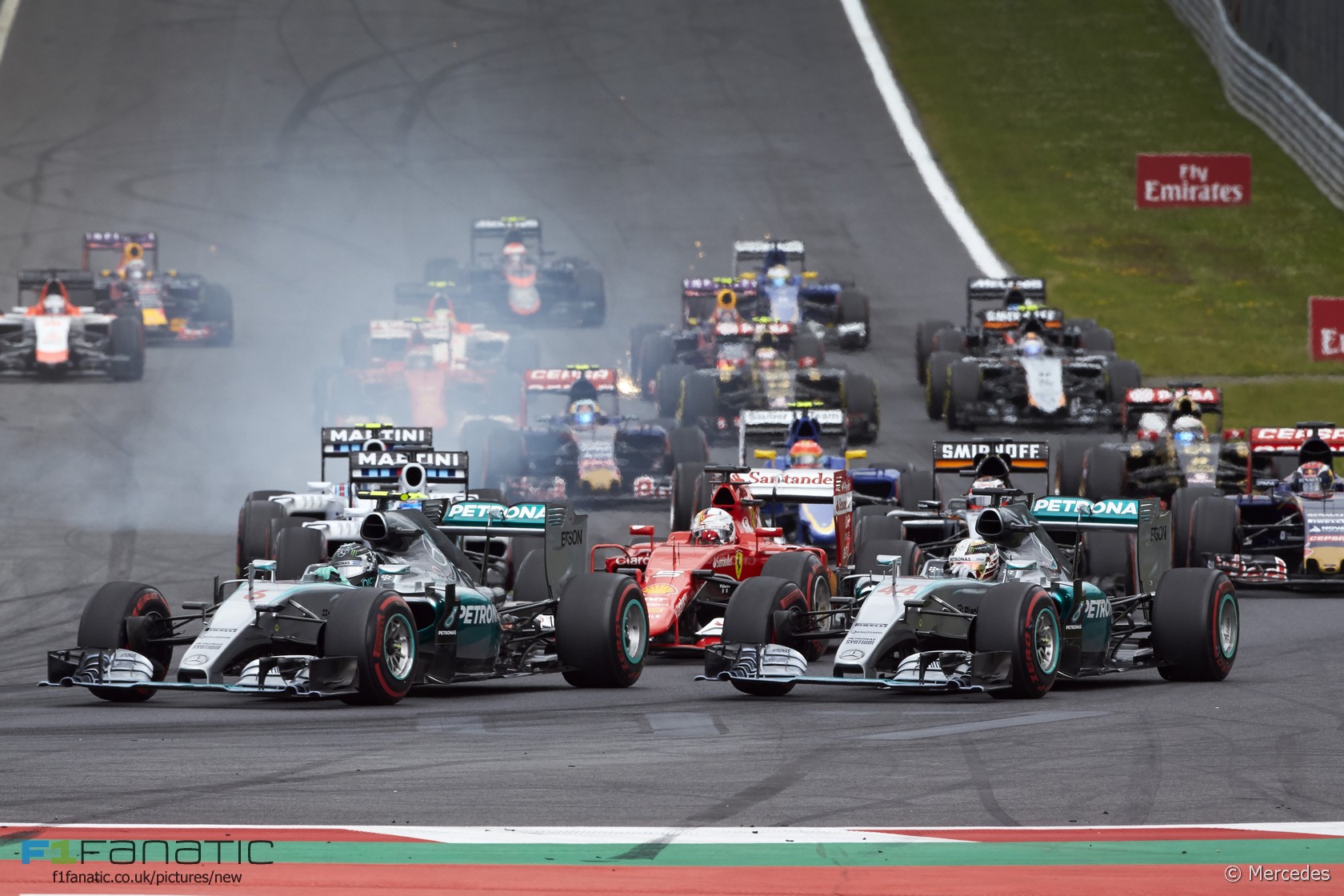 In the round-up: Lewis Hamilton says he has been making worse starts since Mercedes changed the design of their clutch.

"I did everything I was supposed to do but the clutch keeps under-performing."

Rosberg refuses to be predictable (Reuters)

"The irreverent Red Bull-owned publication was clearly taking a dig at how predictable the sport had become. 'Hamilton wins...in Spielberg, Silverstone, Monza, Singapore, Suzuka, Abu Dhabi 2015 and 2016, 17, 18, 19...,' it declared on a cover."

"The wheels spun really aggressively there and I don't know what caused it, but the result is always the same."

"You must leave some space for the other car and he was not respecting that."

"I think we can provide engines to any of the teams that want to race. As long as we keep control over the aerodynamic work on the car, I think there’s going to be enough distinguishing traits between us and the competition."

"The front right one was overheating. I got through Hulkenberg again but the rest of the race was managing the brakes."

"Motorsport chief Yasuhisa Arai says that the Honda board is firmly behind the project and everyone believes that they will challenge the pace setters in the sport. He also said that the reliability problems are 'almost fixed'."

Not seen Berger that excited since he ran in to Suzuka press room, telling us about sitting next to R Dennis as he crashed McLaren road car

Point is that success in F1 is relative. Relative to Mercedes, everyone is unsuccessful. And manufacturers are sensitive to lack of success.

Sad for Romain but Pastor had us on the edge of our seats until the end!! Pit stops 2.2 and 2.2… What a crew… Well done lads! Is there a deeper grievance behind the complaints about power unit penalties?

I think part of this equation is that teams and power unit manufacturers expected the second year of this new engine formula to be one of more power with at least the same reliability. For Merc and Ferrari that has pretty much been the case. Last season a Renault powered car won three races and yet this year power and reliability is down compared to the others. Obviously this engine formula improving to be more on the edge while balancing the reliability with performance. Honda has been building V6 race engines for some time successfully and is struggling and of course so is Renault.

Getting closer to Merc and still maintaining reliability can be done as Ferrari have proven. But it is not easy as Renault and Honda are proving with some embarrassment and damage to their respective reputations especially the longer it continues. I’d say the emotion is frustration over lack of performance and reliability. The penalties are a byproduct.
@Bullmello

James Hunt and his Hesketh teams scored their first victory together in opportunistic fashion in the Dutch Grand Prix 40 years ago today. Hunt hit the front after a bold early switch to slick tyres on a drying track, and kept the Ferrari of Niki Lauda at arm’s length to the finish.