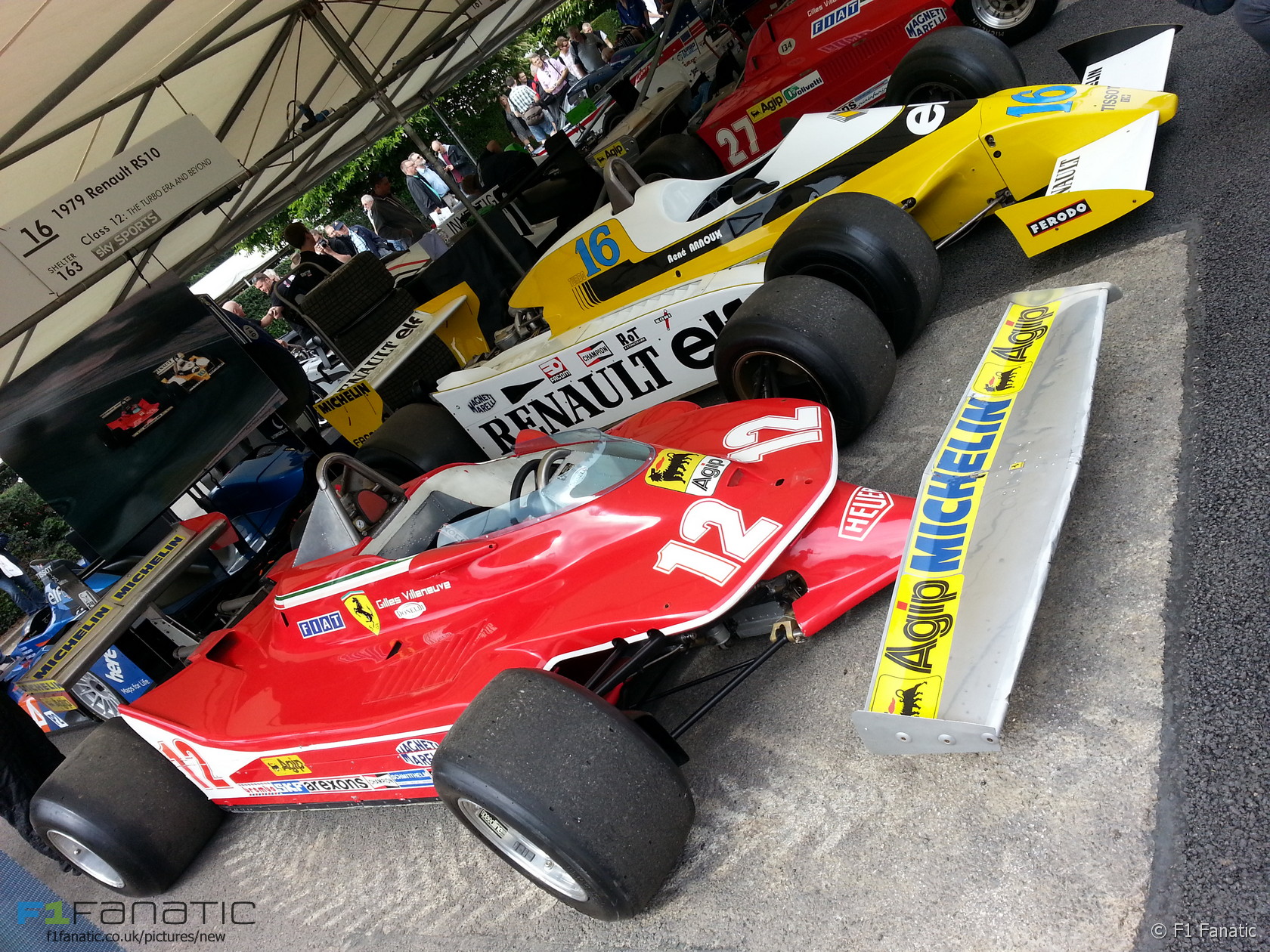 Two cars which starred in one of the most famous moments in Formula One history are on display at the Goodwood Festival of Speed.

The no-holds-barred fight for second place at the 1979 French Grand Prix between Gilles Villeneuve’s Ferrari 312T4 and Rene Arnoux’s Renault RS10 has been celebrated ever since. Two examples of the cars have been brought to the Festival and lined up, appropriately, side-by-side and wheel-to-wheel.

Among the other cars from the first 30 years of F1 history are a pair of mid-seventies Hesketh 308s as driven by James Hunt, who scored his first and the team’s only win in the 1975 Dutch Grand Prix. Hunt’s son Freddie is among the cars’ drivers for the weekend.

Two Shadow chassis from the team’s successful mid-seventies spell are also running. The DN5B took a podium finish at Interlagos in 1976.

Some of the more obscure F1 marques are also represented. Kojima only raced twice, in the two Japanese Grands Prix at Fuji in the seventies. The KE007 at Goodwood appeared at the first of those races in 1976, driven by Masahiro Hasemi, who was incorrectly credited with fastest lap after the race.

Chris Amon attempted to mimic the likes of Jack Brabham and John Surtees by running his own car. But the team’s sole chassis registered just four appearances, one qualification, and one DNF