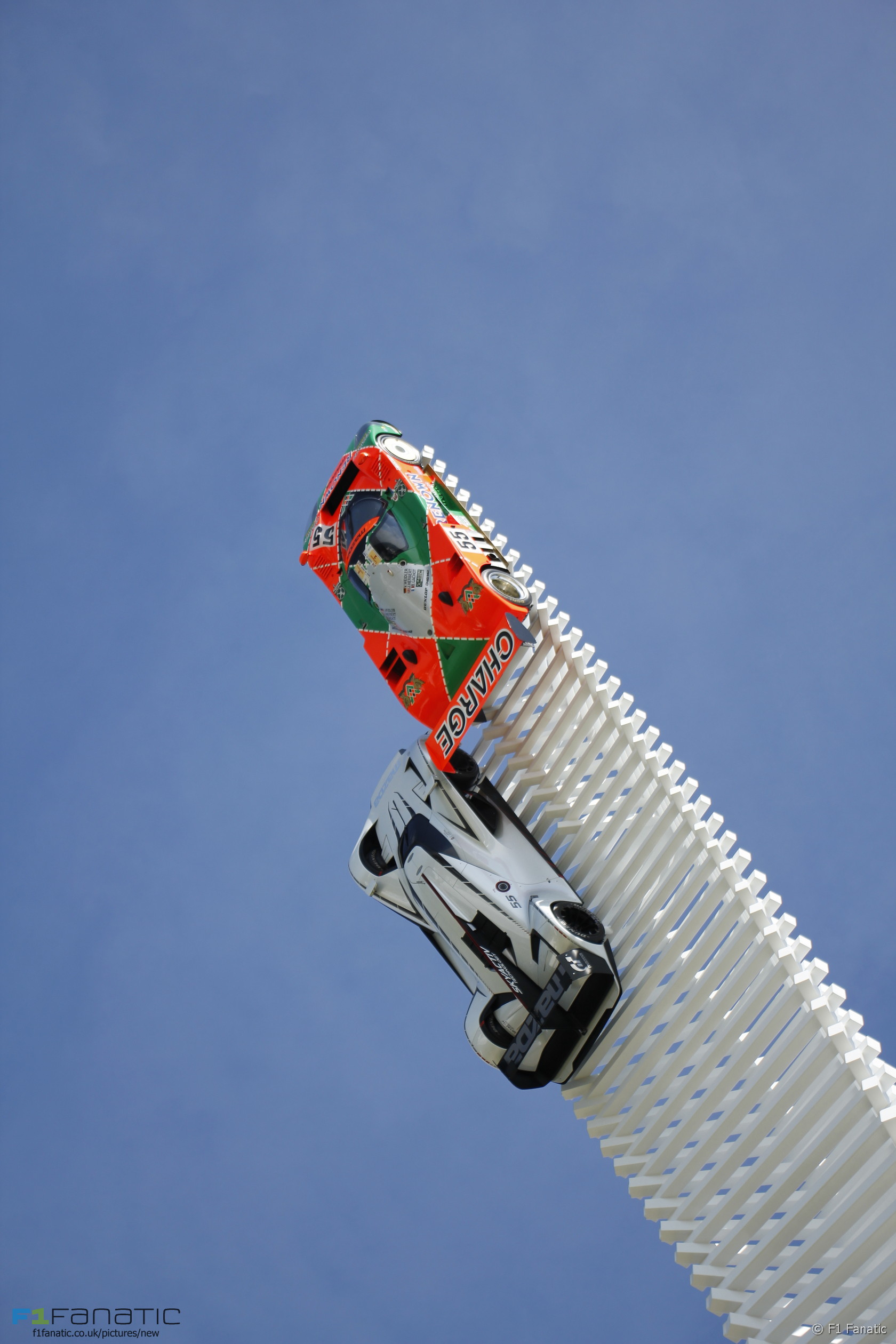 As always there’s much more to the Goodwood Festival of Speed than just Formula One cars.

Mazda’s racing heritage is a major part of this year’s festival and their 1991 Le Mans 24 Hour-winning, rotary-engined 787B forms part of the distinctive central feature in front of Goodwood House. It appears alongside a Mazda LM55 Vision Gran Turismo, a concept based on a car which was created for the computer game series. Another 787B and several of its siblings are taking to the hill.

Among the bevy of McLarens on show, one which stands out is a special edition of their P1 road car styled in homage to Alain Prost. The P1 incorporates the helmet colours of the driver who won three world championships for McLaren between 1985 and 1989.

A full complement of manufacturer-run LMP1s from this year’s Le Mans 24 Hours are present, including Nissan’s unconventional and, as yet, unsuccessful GT-R LM NISMO.

7 comments on “Goodwood Festival 2015: Highlights from the hill”