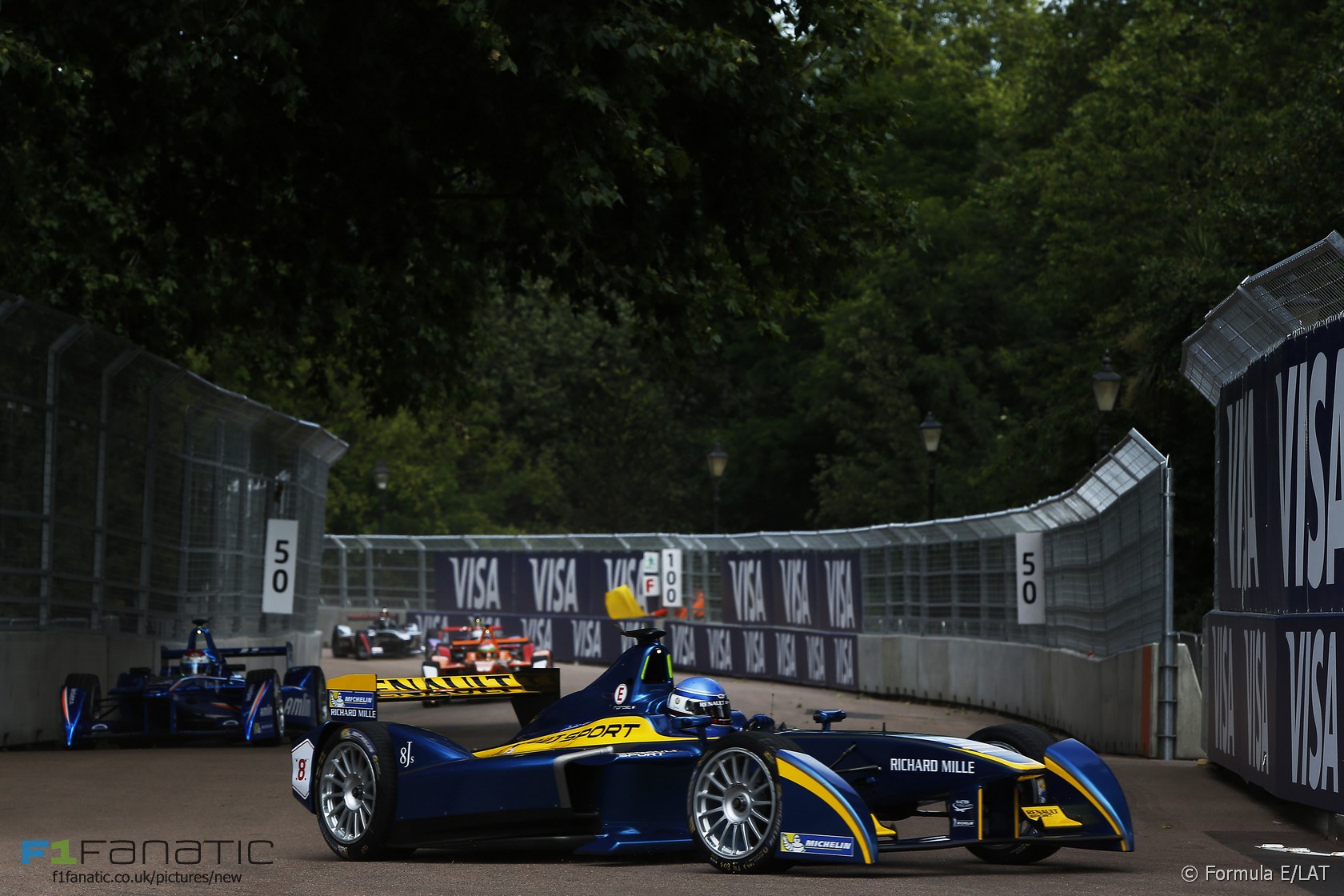 In the round-up: Formula One could have a race in London in the future, but Formula E will host its first ePrix in Battersea Park today.

"When asked if the event was a success he would be interested in F1 coming to London, (Mayor) Johnson said: 'I am certainly willing to look at it.'"

"I just find it bizarre that he would say ‘no’ and go off and be in Monaco with whoever he was with. As a racing driver you want every second you can in the car, if anything to keep the other driver out. It is obvious to me."

"The first proposal, which I accepted, was for four cylinders, was a big mess (and people said) 'we don't want four cylinders'. Who won Le Mans? Porsche. What engine did they have? Four cylinders."

"Being able to found a 25,000 square metre brain and spinal research institute with 600 people and private funding... I know the interest is very limited, that you would prefer a controversy between one driver and another one, but that is the way it is."

"From these results, it can be concluded that the auxiliary oil tank is not being used to add performance-boosting components, either to the main oil tank or to the combustion chamber via the sump breather into the air intake."

"It's been confirmed that the winglet was not intended to be raced. It was instead a measuring device – either to simulate downforce or to measure airflow at the rear of the car."

Red Bull brought its first #F1 car from ten years ago, albeit repainted in their current livery. @fosgoodwood #FOS pic.twitter.com/2vhcr4hdep

Ricciardo on his #F1 debut at @SilverstoneUK four years ago: "The HRT was just about faster than the old-spec FR3.5 car." #F1 #F1F

Raikkonen being interviewed at @fosgoodwood. He kept his helmet on, so it sounded like an interview with Kenny McCormick… #F1 #FOS

The reception to one of yesterday’s articles shows there’s still a lot of love for Minardi, almost ten years since their last race:

I believe if we could pick Minardi as our favourite team on this site, it could quite possibly be the 3rd most popular team after McLaren and Ferrari despite ten years of inactivity! Everybody loves them.
@Huhhii