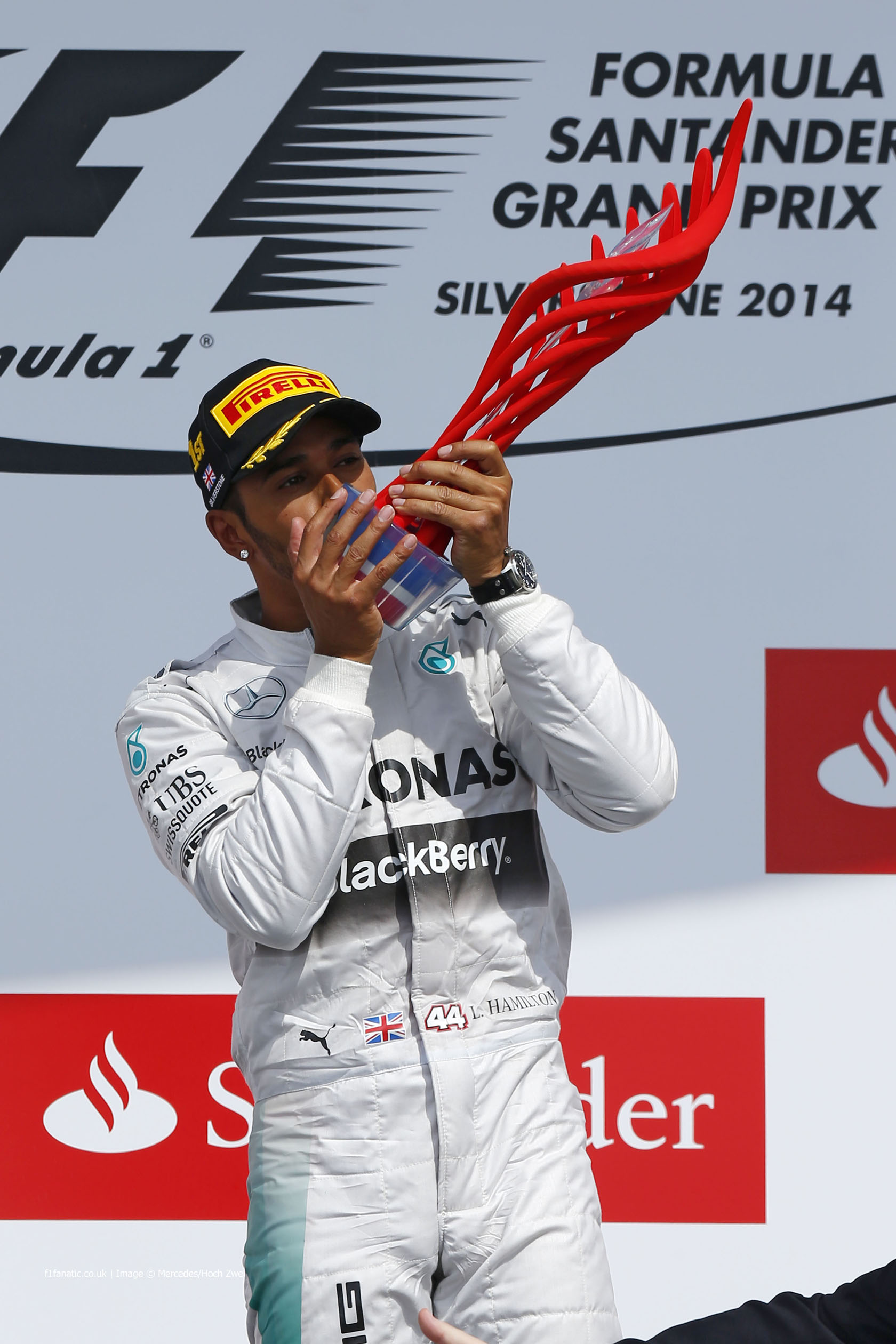 In the round-up: Lewis Hamilton says he hopes he gets a proper trophy if he wins the British Grand Prix and not the “plastic thing” he received last year.

Hamilton hoping for a pot of gold at Silverstone (Reuters)

"Last year they gave me this plastic thing and I'm like, 'This is not the trophy, it's like a GP2 trophy not the Formula One trophy'"

F1 changes could be fast-tracked for 2016 (Motorsport)

"This includes a ban on 'driver aids', such as computer-influenced starts and too much radio information – and the possibility of ensuring that teams have a wider choice of tyre compounds."

"I think a bit of amnesia has crept in from the fans with regard to those two things."

"I don’t think we should open to competition because then that comes out with two predominant teams and the other teams just get what the others don’t want."

"I think it is good that it is in cities and it attracts people who are not motorsport fans because it is easy to walk down to Battersea Park and see a car go round."

Very pleased to say that I will be wearing my @WilliamsRacing helmet this weekend GP2 this weekend at Silverstone 🇬🇧🏁 pic.twitter.com/A9GoQMZLyF

Need a late birthday present idea for @nico_rosberg? How about the car he took his first podium finish in? http://t.co/ixMI6fDqCQ #F1 #F1F

JB: "Imola, where I got my first pole position." #AskJenson https://t.co/SuTmHnuuVl

A return of tyre wars and refuelling was one of the most popular points in the GPDA’s recent survey of fans. But would turning the clock back really make F1 better?

I remember the days of tyre wars and refuelling. Did it make the races exciting? Not in the slightest. They were the most boring years for F1, dominated by the teams with the best tyre contracts, with no overtaking. People get into this mindset of “everything that went before was better” but it absolutely wasn’t.

The reason we have the ugly cars, Pirelli tyres, DRS, is all because of how boring everyone said F1 was. Do people really not remember all the years of Trulli trains, and genuine processions from lights to flag?
@Mazdachris

Happy birthday to Avegaille and Andy2286!

Michael Schumacher won the French Grand Prix at Magny-Cours 20 years ago today, pursued by the two Williams drivers who completed a Renault-powered podium at the engine manufacturer’s home race. Not for the first time Hill led early on but Schumacher jumped far ahead in via the refuelling stops.