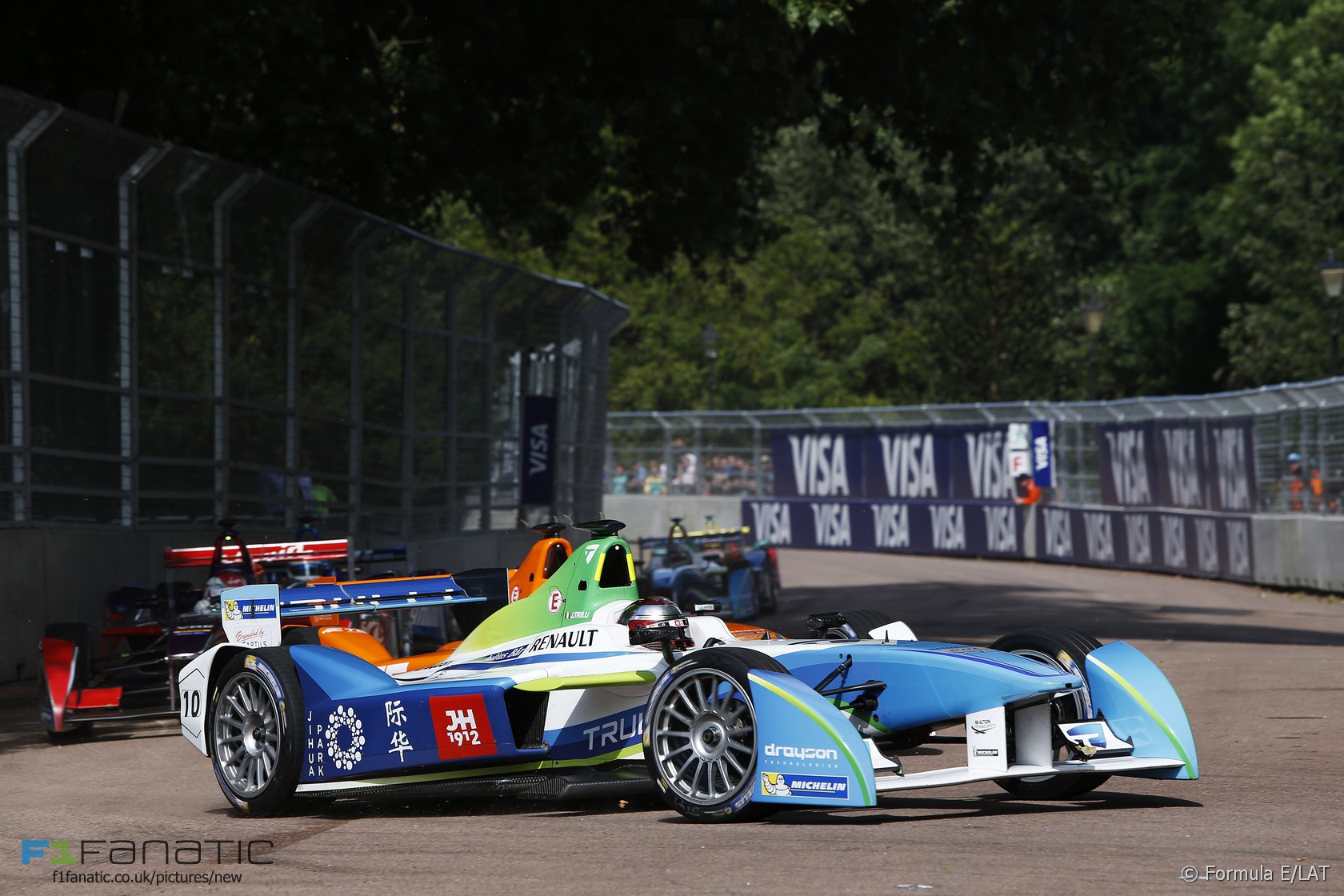 Kimi Raikkonen and Jenson Button say they aren’t interested in racing in Formula E despite having watched some rounds of the new championship earlier this year.

The FIA’s new all-electric single-seater racing championship concluded with a double-header event in London last weekend. Speaking in a press conference ahead of the British Grand Prix Raikkonen said he “saw the race” but is “not so interested really in the future at some point to race”.

“They’ve done well to go in the places that they race,” said Raikkonen of the championship, which races entirely on temporary venues within cities. “I think it’s nice for the people.”

“But I mean for me unfortunately, we always talk here, it doesn’t go fast, it doesn’t look spectacular, in my view they are pretty slow.”

“The concept is probably nice in the future but right now, yes they get the good racing out of it but it doesn’t really… it’s something that doesn’t excite me. But obviously I’m happy for them to make such a good race series out of it.”

Jenson Button did not tune in to the double-header season finale at Battersea Park but said he has “watched a race this year”.

In Button’s view the strength of the championship is “not because of the cars themselves” but the quality of the competition.

“There’s a lot of drivers I’ve raced against over the years”, he said. “I think there’s 13 ex-F1 drivers, and that’s what makes the category exciting.”

“They’ve got some real talent there, they’ve done a good job of getting talented drivers in the cars.”

“I think there’s a great place for electric racing, if that’s what ypu want to call it. I think it’s great and I think there’s a good fight between the talented drivers that are there. But it’snot something that interests me.”

“Motorsport is motorsport, for me. Something that I love is the smell, the sound and the speed. And that’s what Formula One is all about.”