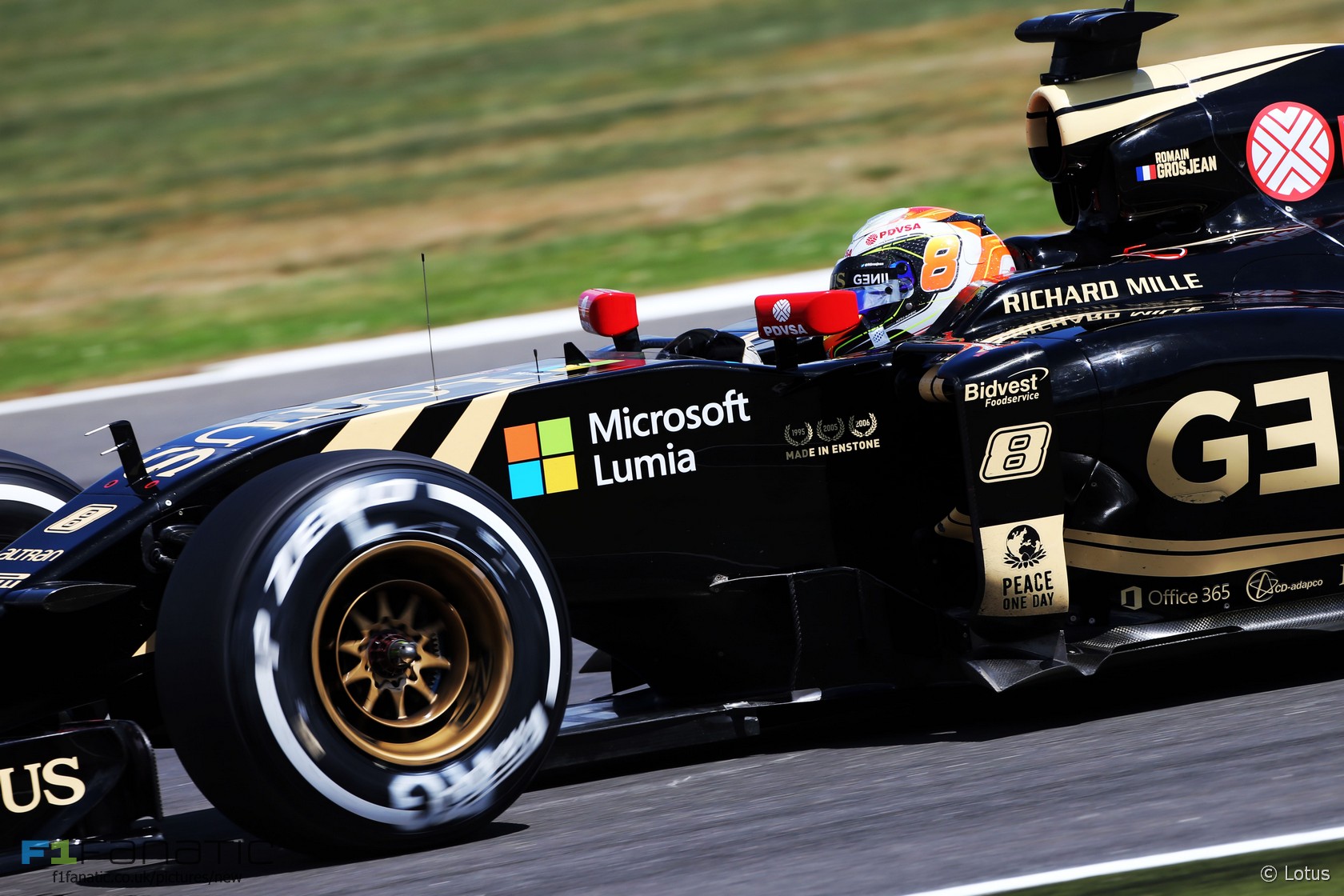 Romain Grosjean held Daniel Ricciardo responsible for the first-lap collision which wiped out both Lotus drivers.

Ricciardo tried to pass Grosjean on the inside of Village corner at the start. That forced Grosjean wide where he collided with Pastor Maldonado, putting both out.

“Daniel must have thought his brakes and tyres would be able to slow him better than they did and the result was the end of both my and Pastor’s race,” said Grosjean.

Maldonado said he tried continue following the collision. “At first I thought I had a puncture and would be able to return to the pits and re-join the race but unfortunately the damage to the car was more serious than that and I had to retire.”

“There is nothing you can do in situations like these as it’s all part of racing.”

Lotus’s deputy team principal Federico Gastaldi said neither of his drivers were responsible for the collision “Motorsport is sometimes a cruel sport and we saw that today,” he said. “There was nothing either of our drivers could have done to avoid the first lap incident and that was our race over.”