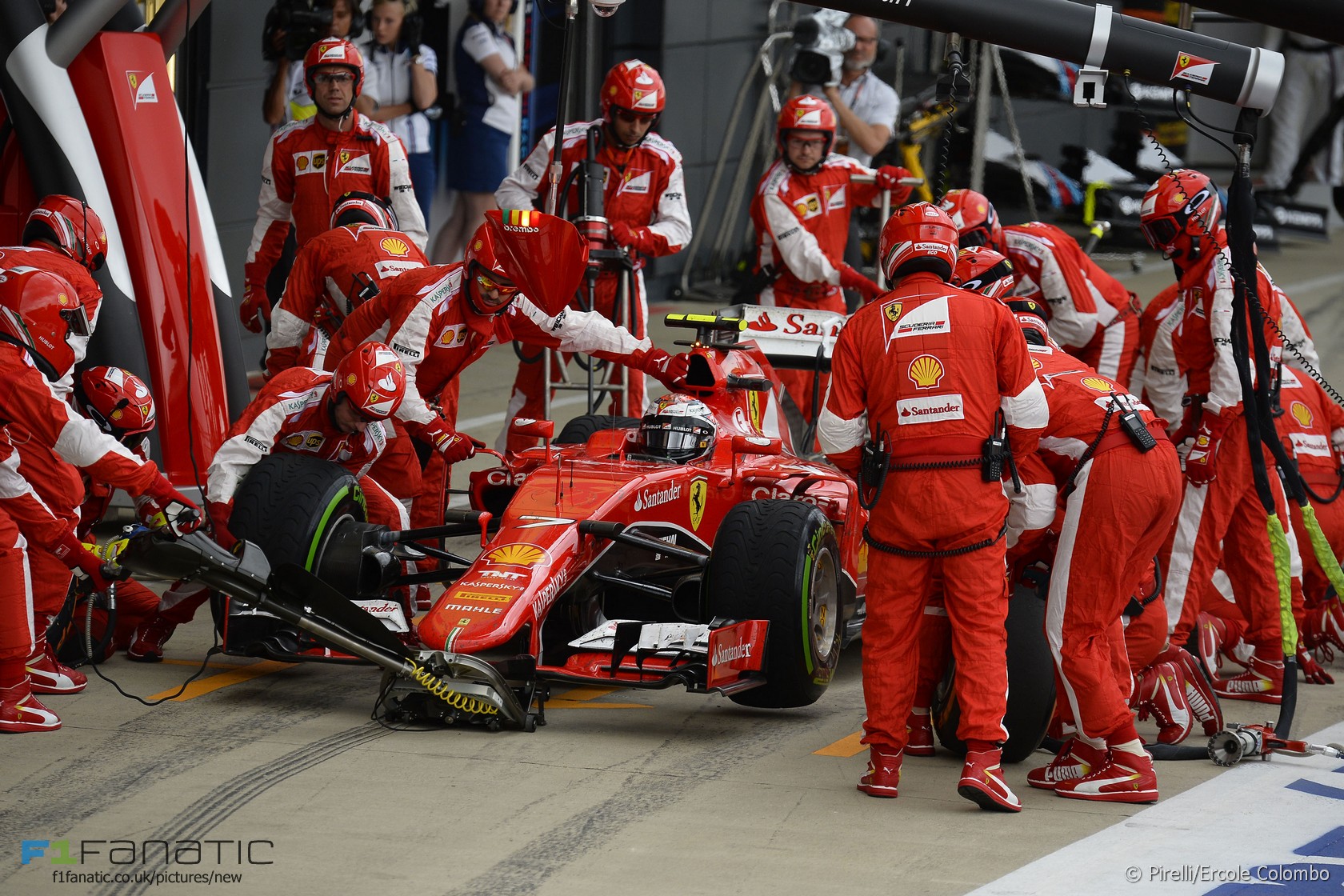 When the rain arrived at the British Grand Prix most drivers managed to resist the temptation to switch to intermediate tyres – but some headed to the pits too soon.

Among those who made an early change to intermediates were the two Manor drivers and Fernando Alonso – the latter stuck with his until the end of the race.

But the two drivers who lost the most from their early changes were Kimi Raikkonen and Marcus Ericsson, who headed back into the pits for further tyres later on.

Raikkonen pitted after being overtaken by team mate Sebastian Vettel on lap 39. The track then dried, and by the time the rain returned Raikkonen’s tyres were so worn he needed to come in for another set of intermediates.

But it was even worse for Marcus Ericsson, who had just given up on his intermediate tyres and replaced them with slicks when the rain came back. That cost him a potential top ten finish – Alonso, clinging to his worn intermediates, claimed the final point.

NB. A complete list of stationary times for each driver is not available.

4 comments on “Raikkonen and Ericsson slip up in the rain”