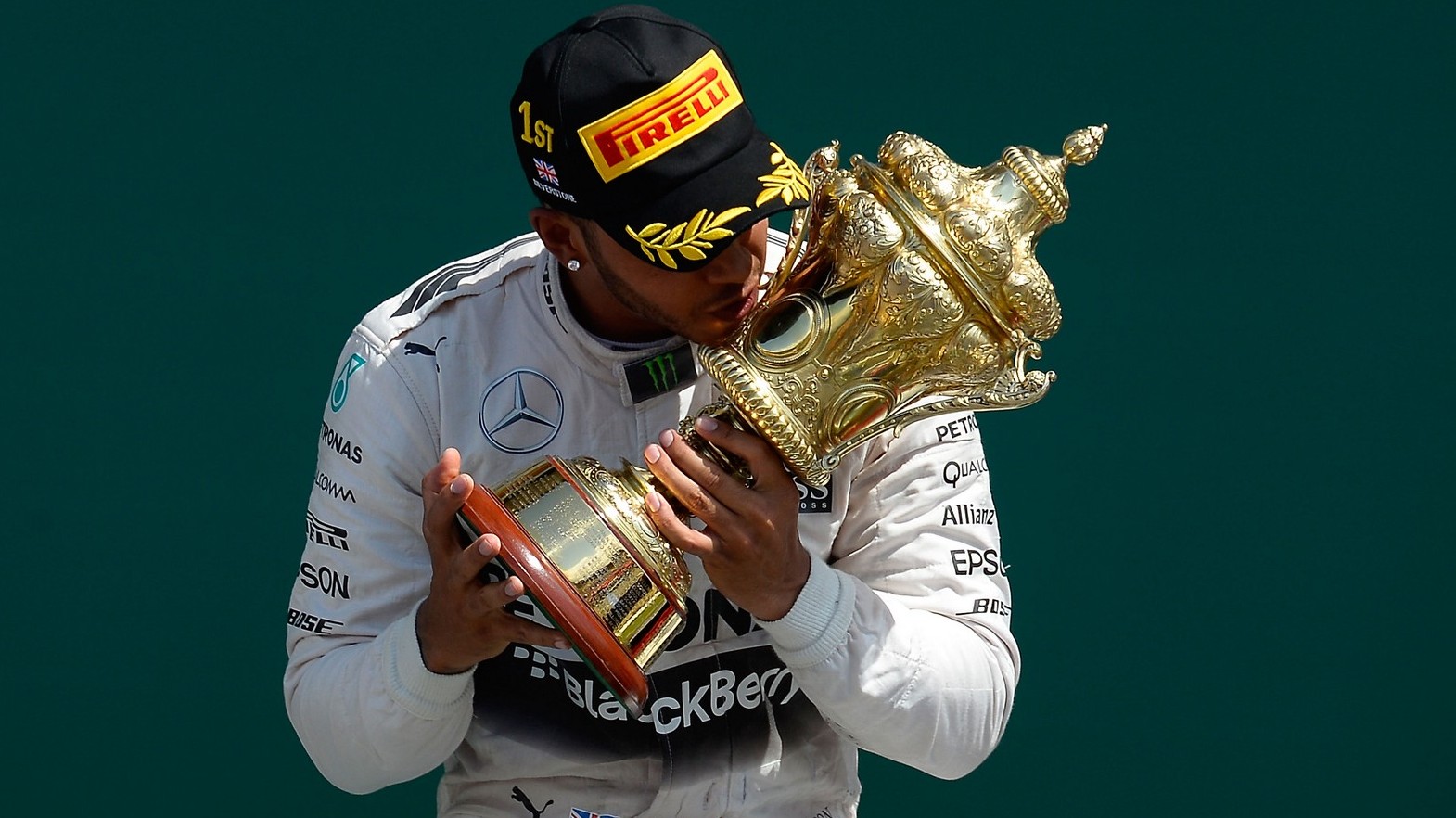 Lewis Hamilton became the seventh driver in Formula One history to win his home race three times – something even his idol Ayrton Senna never managed.

Nigel Mansell and Jim Clark both scored five wins on home ground – for Mansell, one of those wins came in the European Grand Prix when it was held at Brands Hatch.

Hamilton has a long way to go to match the all-time record of nine home wins, held by Michael Schumacher. However he had the advantage of usually having two home races per year during his time in F1.

Nico Rosberg, who races under a German licence, has won his home race once. However he grew up in Monaco, and has won the last three races in a row at Monte-Carlo. Here are the 45 drivers who won F1 races on home ground:

Drivers who won their home race

In the opening laps of the race it almost seemed as though Hamilton didn’t want to break Jackie Stewart’s 45-year-old record for leading 17 races in a row. Having started from pole position Hamilton was passed by Felipe Massa and Valtteri Bottas.

Due to the unusual shortness of the Silverstone pit lane entry, Hamilton actually led for the first time on lap 19 when he pitted from third place. That was the moment he set a new record for leading 18 races in a row.

Massa and Bottas both took turns in the lead, becoming the first non-Mercedes or Ferrari drivers this year to do so. Massa has now led races in ten consecutive seasons, but despite his excellent start on Sunday he remains the driver with the worst performance on lap one so far this year, losing a total of 13 places.

Hamilton’s pole position was his eighth of the season. That’s a new personal best for him – he set seven in 2008, 2012 and 2014. It also means he has more pole positions than any driver racing in Formula One today – 46 to Sebastian Vettel’s 45. Hamilton also equalled Vettel’s tally of fastest laps, setting his 24th. This is the third time in his career Hamilton has set four pole positions in a row, but he has never managed five or more. However it was the 20th consecutive pole position for Mercedes. Four more for them will equal the all-time record for a team – and if Hamilton sets them all he’ll equal the same record for drivers.

Hamilton has out-qualified Rosberg eighth times out of nine races so far this year. The only other driver with as good a record is Romain Grosjean , who has consistently out-paced Pastor Maldonado.

However Hamilton is not the only driver on a hot streak. Vettel has finished in the points for the last 20 races in a row, which includes his last 11 starts for Red Bull. He needs seven more to reach the record held by team mate Kimi Raikkonen.

Finally, Fernando Alonso scored his first point of the year, with tenth place.

Have you spotted any other interesting stats and facts from the British Grand Prix? Share them in the comments.

52 comments on “Hat-trick Hamilton takes a record from Stewart”